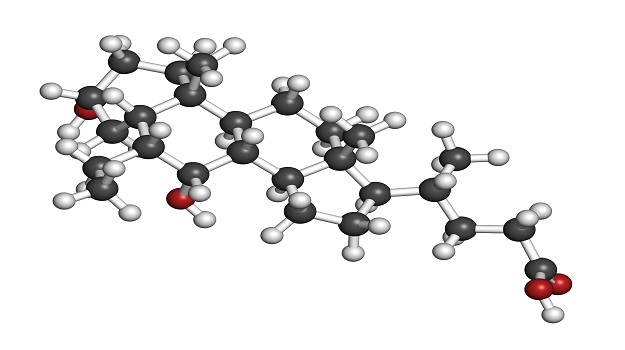 Shares of Intercept Pharmaceuticals have exploded this morning after the company announced positive news from its Phase III nonalcoholic steatohepatitis (NASH) trial. The stock has shot up more than 20 percent in premarket trading to $133 per share as investors see the potential for the first approved NASH treatment in the U.S.

The company reported that its REGENERATE study of obeticholic acid (OCA) in patients with liver fibrosis due to NASH met its primary endpoint. The company said that a once-daily treatment of OCA 25 mg met the primary endpoint of fibrosis improvement with no worsening of NASH at the planned 18-month interim analysis. Intercept said that in the primary efficacy analysis, a numerically greater proportion of patients in both OCA treatment arms compared to placebo achieved the primary endpoint of NASH resolution with no worsening of liver fibrosis. The news regarding both arms failed to reach statistical significance, the company said. However, by the design of the study, only one of two primary endpoints was required to be met, Intercept said this morning. The OCA 25 mg arm did just that.

Mark Pruzanski, president and chief executive officer of Intercept, said the company is thrilled to report the positive late-stage results of the REGENERATE trial. With the primary endpoint hit for the 25 mg dose, Pruzanski said the company believes it could be in the position to receive the first regulatory approval for treatment of liver fibrosis due to NASH in the United States. OCA remains the only investigational drug to have received Breakthrough Therapy designation from the FDA for NASH with fibrosis.

Based on the results of the Phase III REGENERATE trial, Intercept plans to seek regulatory approval in the United States and Europe. The company will file for approval in the second half of 2019. Full data from the REGENERATE trial will be presented at the European Association for the Study of the Liver (EASL): The International Liver Congress 2019. OCA has already been approved by the U.S> Food and Drug Administration. Sold under the name Ocaliva, the medication was approved in October 2016 to treat the chronic liver disease known as primary biliary cholangitis.

NASH is a serious progressive liver disease caused by excessive fat accumulation in the liver that induces chronic inflammation, resulting in progressive fibrosis that can lead to cirrhosis, eventual liver failure, cancer and death. Advanced fibrosis is associated with a substantially higher risk of liver-related morbidity and mortality in patients with NASH, and as early as 2020, the disease is projected to become the leading cause of liver transplants in the United States. There are currently no medications approved for the treatment of NASH. Intercept is one of many companies taking aim at developing a treatment, but it is well-ahead of the pack as it races toward potential approval. There are nearly 200 treatments in the pipeline of companies. With the plethora of companies aiming resources at NASH and the increasing growth of the disease, GlobalData forecasts the NASH market will hit $18.3 billion by 2026.

Zobair M. Younossi, the lead chair of the REGENERATE study committee, said patients with significant fibrosis due to NASH are at the greatest risk of progression to severe liver-related complications, such as liver failure and death.

Intercept is still awaiting results from its Phase III REVERSE trial of OCA in NASH patients with compensated cirrhosis.