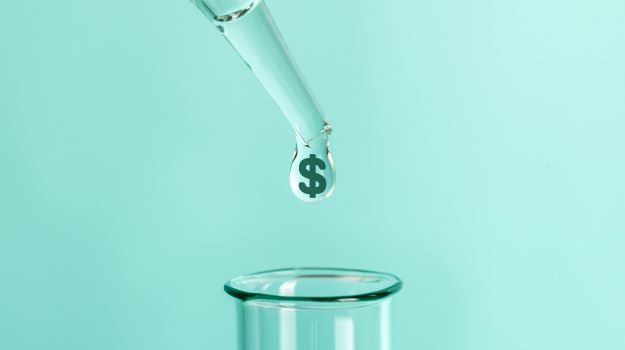 Immunitas Therapeutics, whose 2019 launch was backed by Novartis, secured $58 million in a Series B financing round. The funds will be used to support the development of the company's lead asset in development for hematological and solid tumors.

Immunitas' lead asset, IMT-009, is a CD161 inhibitor. The company intends to use the funds to drive IMT-009 into the clinic sometime next year. IMT-009 has shown promise in preclinical testing. Immunitas said "blockade and knockout of CD161 in preclinical systems" have demonstrated enhanced tumor-killing capabilities, as well as increases in critical cytokines and increased survival. The company plans to file an Investigational New Drug Application in the first half of 2022 to begin human trials.

Chief Executive Officer Jeffrey Goldberg touted the progress the company has made over the past year. He said the $58 million Series B is a crucial inflection point for the company. The funds will support the continued development of IMT-009, as well as its pipeline of novel oncology programs.

"Our single cell technology platform allows our team to incorporate insights from human biology throughout the discovery and development process, enabling us to rapidly move towards serving patients in need," Goldberg said in a statement.

The $58 million builds on the $39 million the company garnered in its Series A round two years ago. The Series B was led by Agent Capital. New participants included Medical Excellence Capital, 120 Capital, Solasta Ventures, Mirae Asset, Ono Venture Investment, The Mark Foundation for Cancer Research, NS Investment, BrightEdge, which is part of the American Cancer Society, and The Leukemia & Lymphoma Society Therapy Acceleration Program. Existing investors that include Alexandria Venture Investments, Evotec, Leaps by Bayer, M Ventures, Novartis Venture Fund and founding investor Longwood Fund, also supported the round.

Massachusetts-based Immunitas wasn't the only company that announced a Series B round this morning. A cascade of companies touted mid-round capital windfalls.

China's Ranok Therapeutics raised $40 million in its Series B. The funds will be used to advance the development of its proprietary and innovative targeted protein degradation (TPD) platform technology, CHAMP (Chaperone-mediated Protein Degradation). The company believes this platform will harness the cellular chaperome network, potentially improving drug safety and efficacy due to selective targeting of disease tissues. Ranok has flown under the radar for some time. The company said the Series B funds will support the advancement of its most progressive cancer program, which it expects to be announced by the end of 2021.

"These funds will enable us to advance our first cancer therapy into clinical trials in the near future and continue to progress our pipeline of novel CHAMP targeted protein degraders. We believe our approach may provide important benefits both in safety and in efficacy for areas of significant unmet need," Ranok CEO Weiwen Ying said in a statement.

The round was led by Lapam Capital and Shanghai Healthcare Capital. Additional participation was from Wu Capital, Zhongguancun Kaiyuan Capital.

Vigil Neuroscience, which is focused on developing treatments for neurodegenerative diseases, raised $90 million in a Series B. The funds will be used to advance its pipeline of microglia-targeted medicines.

The company's pipeline includes the fully human monoclonal antibody, VGL101, as well as small molecule agonists capable of triggering receptors on myeloid cells 2 (TREM2), an essential microglia sensor that mediates responses to environmental signals to maintain brain homeostasis. VGL101 is in development for adult-onset leukoencephalopathy with axonal spheroids and pigmented glia (ALSP), a rare inherited neurodegenerative disease caused by a mutation to the CSF1R gene.

There are no approved therapies for this disease. The company is planning a Phase 1 study by the end of 2021 that will evaluate VGL101 for safety, pharmacokinetics and pharmacodynamics.

Vigil said the funds will also support development of its TREM2 agonists that will be used to potentially treat more common neurodegenerative diseases such as Alzheimer's disease.

Boston-based Jnana closed a $50 million Series B financing round. Funds will support the development of its next-generation chemoproteomic platform that will target SLC transporters and other well-validated but hard-to-drug targets.

Jnana said the Series B funds will advance its lead asset into the clinic. The company is aiming for the potential treatment of phenylketonuria (PKU), an inherited metabolic disorder.

The company's asset takes a new approach to the disease. It is designed to inhibit the SLC transporter SLC6A19, which is responsible for kidney reabsorption of phenylalanine (Phe). By doing so, the company believes this will reduce the elevated blood Phe levels that drive PKU disease pathologies. Data from human biology and in vivo experiments in animal models show that SLC6A19 inhibition provides a promising approach in offering a profound therapeutic benefit to PKU patients.

"This commitment and support from a strong syndicate of investors will enable the next stage of evolution for Jnana as we advance our broad pipeline of wholly-owned programs to the clinic and continue to expand the application of our platform," said CEO Joanne Kotz said in a statement. "We believe that Jnana's lead program offers a differentiated approach to PKU with an oral small molecule, identified using our RAPID platform, that can be used to treat any PKU patient, notwithstanding age or PAH mutation."