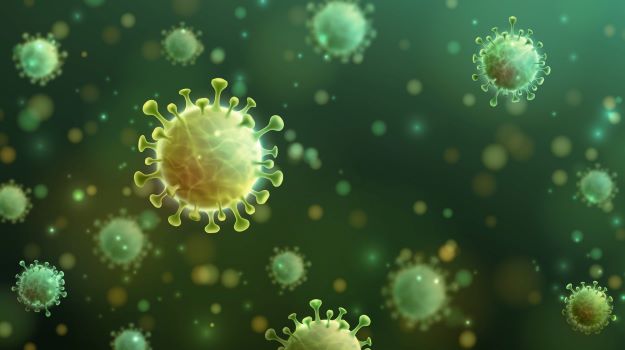 IDbyDNA’s metagenomic approach to viral strain identification combines very sensitive detection with next-gen sequencing to identify emerging and mutant viruses much sooner than either genomic or surveillance methods alone. This approach also goes a long way toward future-proofing laboratories for the next health care crisis.

The update to the data analysis suite just launched for the IDbyDNA and Illumina, Inc. Respiratory Pathogen ID/AMR Target Enrichment Panel (RPIP) “demonstrates a paradigm shift,” Robert Schlaberg, M.D., co-founder and chief medical officer of IDbyDNA, told BioSpace. “It really is a new version of the test, although we call it a software update.”

Schlaberg compares it to a software update for a smartphone.

“It doesn’t change the physical phone, but enhanced software makes it more capable. In this case, the update puts us in a better position to respond to viral variants,” without the need for lab technicians to change anything they do in the lab, he said.

The new RPIP is designed specifically for respiratory pathogens. It screens for 282 viral, bacterial and fungal pathogens and more than 1,200 antimicrobial resistance markers in parallel.

It detects not only the major threats like SARS-CoV-2, Streptococcus pneumoniae and Mycobacterium tuberculosis, but also those not commonly considered. The same approach can be used with other panels to test for multiple pathogens in parallel.

The RPIP panel is being used by public health labs to detect SARS-CoV-2 and other pathogens, as well as by research labs and some hospitals that are conducting their own COVID-19 surveillance.

For surveillance, Schlaberg shared an example of what would happen if an individual vaccinated against COVID-19 was to contract the disease.

IDbyDNA’s approach detects, identifies, quantifies and genetically characterizes the pathogen. It can, for instance, identify the specific strain of the SARS-CoV-2 virus in an individual as well as any additional viral, bacterial and fungal pathogens. This can provide important insight to understand disease processes and help vaccine developers modify subsequent versions of the vaccine.

“From a public health perspective, historically, you don’t know you need to look for a mutation until there’s a concern. Now, when you detect SARS-CoV-2, you also know the strain,” Schlaberg said. Therefore, healthcare professionals can see mutations early that may affect the efficacy of vaccines or therapeutics.

Likewise, when used to assess bacteria, the panel’s sequencing-based detection not only identifies pathogens but also can predict which pathogens are likely resistant. The panel finds genetic variants and predicts resistance to 60 antimicrobial drugs based upon curated genotype/phenotype databases involving more than 1,200 antibiotic and antiviral resistance markers. “Traditionally, you’d have to use a few different approaches to do this,” Schlaberg said.

“For example, for influenza the most common treatment is Tamiflu®. Most influenza virus infections can be treated successfully with it, but some variants are resistant because of specific mutations,” he said. “So, the software looks in the genome for those mutations that make it resistant and reports them together with the affected antiviral.”

The panel can be as sensitive as PCR, so it can find viruses very early, at low concentrations, he said. But the virus could evolve. The widely-used PCR and rapid antigen tests cannot detect these variants, allowing the virus to evolve in stealth mode.

“A method to characterize (the original and mutating) strains provides additional information, so (the recently announced update) can find low concentrations of the virus in a mix,” he said. “By using targeted metagenomics – aka, target capture-based sequencing – we have a much cleaner material to sequence that helps us focus on the virus.”

“There’s a huge demand on labs to provide information, creating more work for an already-stressed workplace. This type of data isn’t traditionally generated at high throughput levels. It presented a new data analysis challenge, which is a different skill set (for lab technicians),” Schlaberg said.

IDbyDNA automated the process, characterizing many more samples than previously, with a system “that lets users provide raw data and get results back.” Those results, for instance, identify the SARS-CoV-2 strain and provide an annotation of mutations across the genome so users can compare the differences.

“Labs are ramping up next-gen sequencing. They can use the same methods for influenza, tuberculosis, circulating viruses, etc. and so can build a future-proof infrastructure,” he said.

This panel’s value extends far beyond the current pandemic.

“The pandemic is accelerating development that was already underway,” Schlaberg said.

The surveillance of newly emerging pathogens and the identification of multi-drug resistant bacteria are becoming increasingly important. Early identification, like that provided by IDbyDNA, provides a more thorough understanding of what’s occurring today, as well as an early warning system for the future.