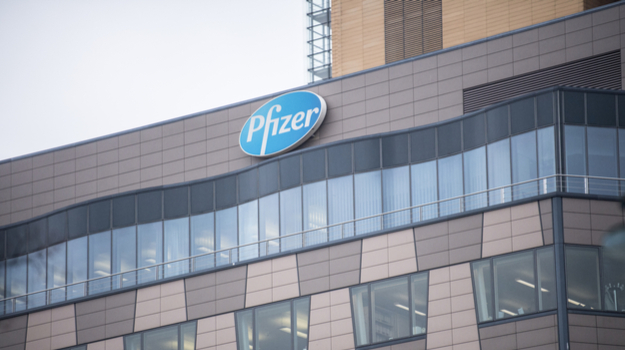 Researchers with Pfizer and IBM developed an artificial intelligence (AI) model that they claim can predict the eventual onset of Alzheimer’s disease with 71% accuracy based on a language sample. They published the research today in The Lancet eClinicalMedicine.

The AI works on linguistic analysis. The research team leveraged a short, non-invasive language sample based on a standard verbal cognitive test Alzheimer’s patients are given, the cookie-theft picture-description task. The test is used to evaluate cognitive impairment in a variety of neurological disorders, including stroke and Alzheimer’s disease. The AI model’s feedback was better than clinical-scale predictions based on biomedical data that are accurate about 59% of the time.

The investigators used long-term longitudinal data from the Framingham Heart Study, a multi-generational study launched in 1948. They were able to verify their model’s predictions against actual outcomes. IBM notes, “if the AI model analyzed a speech sample from a participant at the age of 65 and predicted they would develop by the age of 85, researchers could then check records to determine whether a diagnosis had actually occurred.”

IBM Research also announced a related project with the National Institutes of Health to analyze speech to identify risk factors for schizophrenia and psychosis.

In earlier work, IBM tested AI to identify proteins to predict the concentration of beta-amyloid, a protein that accumulates abnormally in the brains of Alzheimer’s patients. Other researchers, such as those at Unlearn.AI, recently published research describing a system to anticipate Alzheimer’s progression, describing a roadmap of symptoms. A group of scientists at the University of California, Berkeley, outlined an AI system to predict Alzheimer’s from brain scans up to six years ahead of clinical diagnosis.

However, IBM and Pfizer differentiate from previous work, largely because it was based on data collected before the subjects in the study showed their first signs of cognitive impairment. They also evaluated the risk of Alzheimer’s in the general population, as opposed to in high-risk groups.

In their study, they evaluated 703 samples from 270 participants. Half of the participants developed Alzheimer’s before 85 years of age. In analyzing their language, they took into consideration more than 87 variables, including misspellings, punctation, uppercase usage, verbosity, lexical richness, and repetitiveness. They also considered age, gender, education, visuospatial and executive reasoning, objective naming, memory, attention, abstraction, and results from the Montreal cognitive assessment MoCA.

They analyzed transcriptions of the patients’ natural language processing, comparing to data from the Framingham Heart Study. The Framingham study included people who were assessed with the two-minute Mini-Mental State Examination speech test every four years along with neuropsychological exams every year when a family member first reported signs of possible cognitive decline.

In a blog post, the researchers said they plan to leverage datasets that expand on the geographic, socioeconomic, and racial diversity of subjects as they continue their research. “This breadth of data is often very difficult to come by in terms of disease prediction, and access to it allowed us to train these models with precision. We [will] continue to train our algorithms while always respecting core principles of privacy, transparency, and consent.”

As the authors noted in their article, “The aim of this study is to test to what extent linguistic performance at a single time point can be utilized as a prognostic marker of conversion to AD…. Using the variables obtained when the participants were assessed to be cognitively normal, we developed models to predict whether or not a particular participant will develop MCI [mild cognitive impairment] due to AD on or before 85 years old.”

Perhaps most surprising, given increased success in finding biomarkers to identify Alzheimer’s, the authors noted, “Our results demonstrate that it is possible to predict future onset of Alzheimer’s disease using language samples obtained from cognitively normal individuals. Moreover, we showed that using linguistic variables from a single administration of the cookie-theft picture description task performed better than predictive models that incorporated APOE, demographic variables, and NP test results.”