How to Show Your Boss You’re Ready for a Promotion 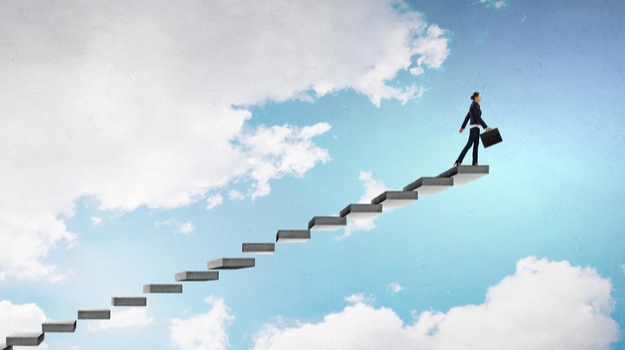 You’ve had your job for a while now. You’ve gotten multiple great reviews. You’ve consistently taken on additional projects and excelled at them. But you have yet to receive a promotion and you’re left wondering “Why?”.

While this is no doubt a frustrating situation, it’s important to remember that you’re your own best advocate. Managers are busy. They can have multiple people reporting to them and lots of things to keep track of. And no, these aren’t excuses to overlook your obvious excellence. But it is up to you to show and tell your boss that you deserve a promotion. Here’s how to do it:

Document, document, document. This may seem silly when you feel like you’re just doing your job, but you need to bring attention to just how much you do. Think about the last six months and write down the times you went above and beyond. Maybe it was jumping in to help on a project when a deadline was looming, offering up an idea in a meeting that was then implemented or giving guidance to someone so they didn’t have to ask your manager.

Whatever the situations were, keep a log of them all. Once you retroactively list the times you went above and beyond, start to jot them down as they happen.

Once you have a list of the ways you’ve excelled, back it up with evidence just like you would on a resume. If your idea was able to bring in X amount of money or improve efficiency by X%, find the documentation that supports that. Numbers can often tell a stronger story than words, especially when your end goal is a promotion that will hopefully come with a higher salary.

Now that you have your records and your evidence, you need to present them. If your company has a formal review period where they decide on raises, try to line up your request with that time frame. You will have less of a battle when the company is already in the mindset of handing out promotions and raises.

But if you’re looking at months and months until that review period, it’s worth asking your boss for an informal review and time to speak candidly about your performance and future at the company. Don’t bombard them with all of the reasons you’re great at your job and have been waiting ever so patiently to be recognized, but simply present your case to them.

In the weeks or days leading up to the meeting, be extra diligent and show how much of a team player you are. Then in the sit-down, begin the conversation with why you like the team you’re on and company as a whole. Then move on to say that you’d like to take on new challenges because you’ve excelled in your current role. Outline a few of your most impressive achievements with their respective outcomes and then let your manager have the floor.

Unfortunately, you may not come out of the meeting with a verbal “yes”, as managers often have to bring the request up the chain of command. However, make sure you ask what the process is and when you can expect an answer. Be diligent about scheduling a second time to talk to your manger so your request doesn’t get lost in the shuffle.

If you don’t walk out of the meeting with a tangible next step, follow up in a few days or a week to see the status of things, and stay on top of it. This can be as simple as a quick question at the end of your weekly one-on-one meeting. The important thing is to continually advocate for yourself.

And while you’re waiting, continue to be the rockstar employee that you are.