How Blockchain Might be Used by Biopharma to Trade Data 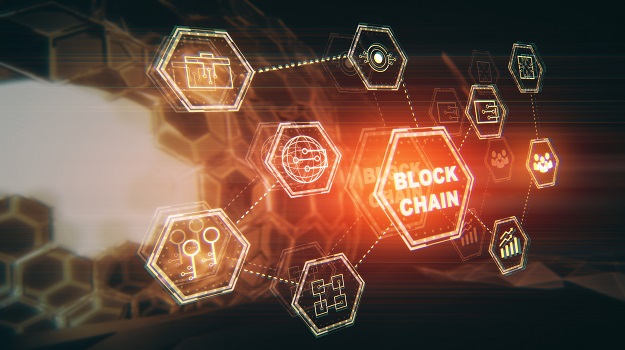 Blockchain is best known—if it’s known at all—as being linked to the cryptocurrency Bitcoin. For those a bit more in the know, it is the underlying data infrastructure that allows Bitcoin to work.

Blockchain is basically a record of transactions that is copied and distributed across multiple decentralized locations. Forbes writes, “As such, it offers a secure, high integrity, ‘neutral’ third-party mechanism for knowing what data is where and precisely how it is changing over time.”

Forbes goes on to describe possible uses for blockchain in health care, including health records, revenue cycle, reconciliation and fraud. In the life sciences, it’s raising the possibility of cross-organizational collaborations, noting, “The sharing of resources and insights across the borders of companies, government agencies and research institutes is central to the development of therapies. But organizations are often reluctant to share data for fear that it gets stolen. Blockchain offers the possibility for trust to be hard coded into the process of collaborative R&D in a way not possible before. More trust means more collaboration and, in turn, more productivity.”

That may be, although it seems more likely that companies would just encrypt the data they were willing to share and assure that whoever they agreed to share it with had the decryption key. Because one of the concerns about blockchain is that it’s decentralized. As Forbes notes, “If a decentralized ledger is the source of authority, then who ‘owns’ the rights to access ‘your’ part of the blockchain?”

One example of a company utilizing blockchain technology is Nebula Genomics, which was founded by Harvard geneticist George Church, a PhD student, Dennis Grishin, and Harvard graduate and entrepreneur Kamal Obbad.

To understand Nebula Genomics, it’s useful to understand that when people use services like 23andMe, Helix, or Ancestry.com to have their DNA tested, they don’t own the genetic data, the company doing the test does. And when biopharma companies need large genomic data sets, they typically buy the data from these companies or academic institutions.

Nebula’s approach is to skip a step. It plans to offer inexpensive genetic testing, but allow the consumer to own their own genetic data, and, as a result, be able to sell lit to whoever they want to—most likely pharmaceutical companies. In that regard, because Nebula isn’t doing the actual genetic testing, it is acting like an agent to help individuals get their genomes tested and sold to biopharma companies.

But it isn’t a cash business. The company plans to use its own cryptocurrency, like Bitcoin, only in-house, what it calls Nebula tokens.

Obbad told Technology Review, “The pitch to the average person is that you’re not just monetizing your genetic data. We’re also going to provide you with insights, similar to what 23andMe and Ancestsry.com do.”

In order to pull this off, Nebula will use blockchain.

Veritas Genetics would do the actual sequencing. The payment concept seems rather obscure. Nebula would have to convince consumers to spend somewhere under $1,000 in (apparently) real money to Nebula, who then would have Veritas sequence their genome. Veritas would then provide the consumer with their genomic sequence and some health-related analysis. Biopharma companies could then “borrow” the data shared by the consumers, who will remain anonymous. The buyers, however, would be completely transparent. And all of these transactions would be secured by blockchain.

A San Diego startup, Luna DNA, which was founded by Illumina executives, pays customers in Luna coins, its own cryptocurrency secured by blockchain. And EncryptGen and Zenome are also developing platforms that will allow consumers to sell their genetic information online, but they don’t offer genetic sequencing.

Which is all very interesting, but not without its problems. Forbes notes that blockchain limitations at the moment include, “A lack of standards, challenges in communicating between different block chains, the need for off-chain development of open system interfaces, and getting intermediaries (who currently profit from controlling the data) to interface with blockchains are all reasons to slow adoption.”