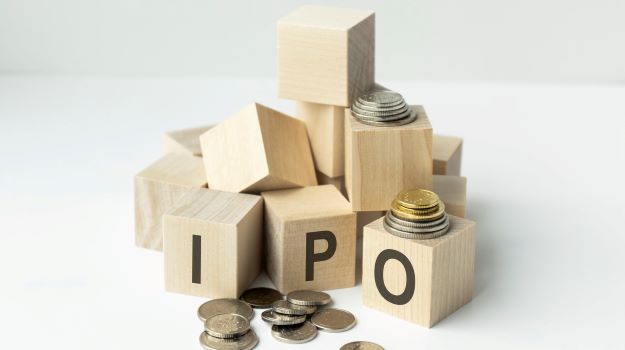 The flurry of biopharma initial public offerings continues. This week, four companies set sights on listing their shares on the stock market in hopes of raising significant funds to support the development of their pipelines and businesses.

Hot off the heels of a $125 million Series B financing round in January, San Diego-based Design Therapeutics is aiming to raise $228 million in its IPO. The company is developing a platform of gene-targeted chimera small molecules for the treatment of serious degenerative disorders caused by inherited nucleotide repeat expansions.

In a Series 1-A filing with the U.S. Securities and Exchange Commission, Design Therapeutics said it will sell 12 million shares of common stock at a price between $18 and $20 per share. The company applied to list its common stock on the Nasdaq Global Market under the symbol “DSGN.”

Funds raised from the IPO will be used to develop treatments for nucleotide repeat expansion disorders, including its lead program in Friedreich ataxia, which is expected to enter clinical development in the first half of 2022. Other disorders the company will target with its GeneTac platform will include myotonic dystrophy type-1, and other indications that have yet to be publicly announced.

In its filing, Design said some of the funds raised in the IPO could be used for M&A activity that would complement its pipeline, but as of yet, has no commitments or obligations to do so.

Three months after securing $120 million in a Series B, Boston-based Ikena Oncology is also aiming for an IPO. On Monday, the company set terms to raise $125 million in its initial public offering. Ikena will offer 7.8 million shares of its common stock at a price range of $15 to $17.

Ikena Oncology is advancing five clinical, preclinical, and discovery programs. In January, Ikena announced IK-930, a TEAD inhibitor targeting the Hippo signaling pathway, has entered IND-enabling studies. Ikena plans to file an IND in the second half of 2021 and to initiate a Phase 1 clinical trial evaluating single-agent IK-930 in biomarker-enriched patient populations, such as those with Hippo pathway-altered tumors.

Other assets in development include a lead optimization-stage KRAS signaling program dubbed IK-175; an AHR antagonist known as IK-412; a kynurenine-degrading enzyme; and IK-007, an EP4 receptor antagonist. Ikena has entered into a global strategic collaboration with Bristol Myers Squibb on the IK-175 and IK-412 programs.

Central to Recursion’s mission is its Recursion Operating System, which, according to the company, “combines an advanced infrastructure layer to generate what we believe is one of the world’s largest and fastest-growing proprietary biological and chemical datasets.” Also key for the company is its Recursion Map, suite of custom software, algorithms, and machine learning tools the company uses to “explore foundational biology unconstrained by human bias and navigate to new biological insights,” which may accelerate Recursion’s programs.

Netherlands-based LAVA Therapeutics is looking to raise $101 million in its IPO. The company plans to trade on the Nasdaq Exchange under the ticker symbol “LVTX.”

LAVA Therapeutics, which was founded in 2016, is developing a proprietary bispecific antibody platform that engages gamma-delta T cells for the treatment of hematological and solid cancers. The company’s first-in-class immuno-oncology approach activates Vγ9Vδ2 T cells upon binding to membrane-expressed tumor targets. The company’s lead program, LAVA-051, is expected to enter a Phase I/IIa clinical study in hematologic malignancies in the first half of 2021.

In September, the company raised $83 million in a Series C financing round backed by both Novo Nordisk and Sanofi, among others.