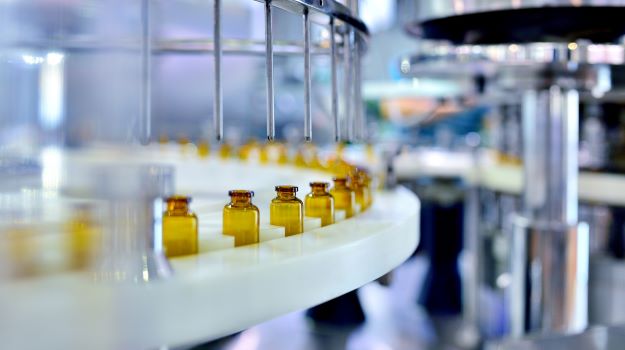 The ongoing COVID-19 pandemic, the war in Ukraine, rising fuel costs, manufacturing concerns and the ripple of other global events have led to supply chain issues across the world that, in the United States, has been most recently highlighted by a shortage of baby formula.

The formula shortage crisis was caused in part by the shutdown of a plant operated by Abbott following concerns over bacterial infections that led to a massive recall of cans of infant formula. The crisis caused by the shutdown of one plant, which is expected to begin production again within the next week or so, is a stark reminder of critical supply chain issues in other sectors, including the pharmaceutical industry.

The pharmaceutical industry is seeing a number of hurdles with supply chain issues. The war in Ukraine has caused a disruption in the supply of chemicals and compounds that drug researchers and developers across the globe rely on for their research. In Ukraine, the chemical company Enamine played a critical role by providing those all-important chemicals and compounds to drug developers everywhere. As BioSpace previously reported following Russia’s invasion of Ukraine, pharmaceutical companies the world over, including the larger western companies, relied on companies like Enamine to bolster their already vast chemical compound libraries. Prior to the invasion, Enamine had the capabilities to make approximately 22.7 billion potential new chemical combinations used across the world.

When the Russian invasion appeared certain, many Enamine scientists took it upon themselves to ship crucial compounds related to their work to secure locations outside of Ukraine. While some of the compounds were shipped, Enamine’s work has been hamstrung by the war that continues today.

Other supply issues abound across the industry, though. Last month, multiple reports were released highlighting some of the supply chain challenges facing the biopharmaceutical industry. Tony Quiñones, chief executive officer of Bright Path Laboratories told BioSpace that some critical components for drug manufacturing that come from China continue to be disrupted by pandemic-related lockdowns in that country. Those delays ripple across the globe. Delays in China impact drug manufacturing that takes place in India, where raw materials are turned into intermediary products, which are then shipped elsewhere to make a finished drug product.

Because of this concern, multiple companies within the life sciences have undertaken a supply chain risk assessment and are investing in supply chain technology and identifying backup suppliers in order to limit supply chain hiccups and support smooth operations.

Concerns over the supply chain in pharma are not a recent phenomenon. Two years ago, the U.S. government forged an agreement with Virginia’s Phlow to stockpile a reserve of key ingredients used in the manufacture of essential medications in order to reduce the burden of reliance on foreign sources and bolster the nation’s drug manufacturing infrastructure.

Prior to the outbreak of COVID-19, the U.S. was hit with multiple shortages of medications due to a number of reasons, including the sourcing of active pharmaceutical ingredients. In 2020, the U.S. Food and Drug Administration compiled a list of drugs that were at risk of a shortage due to the pandemic, and a survey of 500 healthcare professionals conducted by the United States Pharmacopeial Convention (USP) revealed that nine out of ten U.S. physicians were concerned that the drug supply chain may not be reliable in a time of crisis.