Following Up After a Life Sciences Job Interview 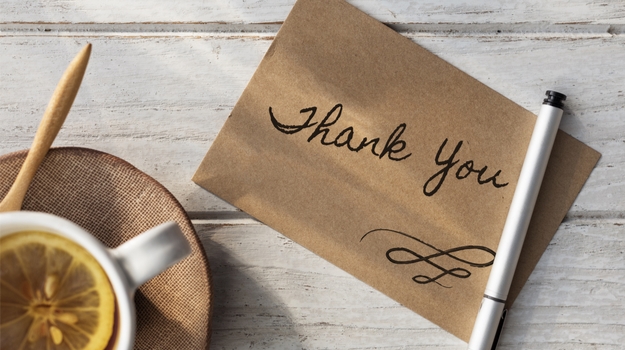 You’ve just left an interview for your dream job. What will you do next? Probably not go to Disney World, but you’ll want to seriously consider a thank you gesture and additional follow-up.

While the post-interview thank you isn’t quite as important as it once was, most employers are pleased to receive an acknowledgment of their time and consideration. The thank you is viewed variously as:

Will a thank you note make or break you chances of getting a job? Probably not in most cases, but it could. Why take the chance? Some hiring managers will not hire those who don’t thank them; others, given two equal candidates, will choose the one who sent a thank you.

Among those savvy job-seekers who do send thank yous, it’s common practice today to email a quick thank you immediately after the interview (or even leave a voicemail), and send a postal-mailed typed or handwritten note within 24 hours of the interview. While the format doesn’t matter, tailor your letter to the culture of the company and the relationship you established with the person who interviewed you. If you feel the interviewer and the company call for a formal business letter, send that. If your rapport with the interviewer dictate a more personal touch, send a handwritten note.

If you experienced a series of interviews for the same job on interview day or were interviewed by several people on a panel interview, yes, you should send a thank you to each person you interviewed with.

You can make it essentially the same letter to each but vary at least a few sentences to individualize the letters to each interviewer ­– in case your recipients compare notes. The same goes for subsequent interviews you may be invited to after the initial meeting – send thank yous for each.

Consider using the worksheet here to plan your thank you content.

What happens after the thank you?

You’ve sent a nice thank you but not yet received an offer or rejection; what’s the next follow-up step? The best way to learn how to address this question is preemptively while you’re still at the interview. At the end of the interview, ask the interviewer how quickly the organization expects to make a hiring decision and if additional steps in the process can be expected. If the interviewer affirms additional steps, such as more interviews, follow up only if those steps don’t occur when you expect them to.

Your level of persistence should also relate to the type of job you interviewed for. Persistent follow-up will be more positively received in a sales job, for example, because tenacity is needed in sales.

Remember that your job of marketing yourself to employers does not end when you shake hands at the end of the interview. Follow-up, including an expression of gratitude for the employer’s time and consideration, will go a long way toward boosting your chances for an offer.