Is the Dream of COVID-19 “Herd Immunity” Dead? 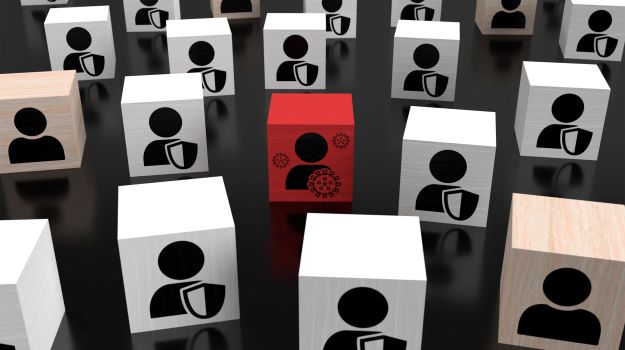 In 2020, “herd immunity” was the mythical goal set forth in the hearts and minds of a struggling population, waiting on a vaccine to return us to normal. Now experts are saying herd immunity with COVID-19 may well be impossible.

The threshold for herd immunity has generally been placed at around 60-70% of any population gaining immunity to an infectious disease, whether through vaccination or past exposure. Now in our second year of dealing with the SARS-CoV-2 virus, scientists aren’t so confident that threshold can ever be truly reached, turning this pandemic into an endemic, more like the influenza virus that mutates and returns seasonally in waves. A popular COVID-19 forecasting model by data scientist Youyang Gu even changed its name from “Path to Herd Immunity” to “Path to Normality.”

“We’re moving away from the idea that we’ll hit the herd-immunity threshold and then the pandemic will go away for good,” said epidemiologist Lauren Ancel Meyers, executive director of the University of Texas at Austin COVID-19 Modeling Consortium. “The vaccine will mean that the virus will start to dissipate on its own... but we may find ourselves months or a year down the road still battling the threat, and having to deal with future surges”.

Scientists point to factors such as vaccine hesitancy, global availability, the continued mutation of the virus causing new variants, and delayed vaccination approval for children as the main cause for the inability to reach herd immunity.

Instead, experts are now hoping to turn the novel coronavirus into a manageable threat. It is likely the virus will continue to circulate the US and rest of the world for years to come, even still causing hospitalizations and death but in much smaller numbers.

“The virus is unlikely to go away,” said Rustom Antia, an evolutionary biologist at Emory University in Atlanta. “But we want to do all we can to check that it’s likely to become a mild infection.”

Continued vaccination efforts, particularly for high-risk individuals such as elderly and immune compromised, will be critical in limiting outbreak severity and frequency.

This change in thinking, moving away from the mythical goal of herd immunity, causes concern in the public health community that this will add to the population’s vaccine hesitancy. If we can’t reach herd immunity, “why bother” getting vaccinated? Current polls show about 30% of Americans are still reluctant to get vaccinated.

At this point, data is not yet clear on whether the vaccines from Moderna and Pfizer-BioNTech, while highly effective at preventing symptomatic disease, also stop the spread of the virus.

“Herd immunity is only relevant if we have a transmission-blocking vaccine. If we don’t, then the only way to get herd immunity in the population is to give everyone the vaccine,” says Shweta Bansal, a mathematical biologist at Georgetown University in Washington D.C.

In the U.S., the predominant variant now circulating is the B.1.1.7, which is about 60% more transmissible than the initial strain that first plagued our globe. Experts now believe a threshold of at least 80 percent of the population would need to be immune to significantly slow or stop the spread. That number could be even higher if more contagious variants continue to develop.

Yet another concern is the delay or lack of vaccine administration in other parts of the world. it's estimated that less than 2 percent of the population of India have been vaccinated. In 2020, the country saw less than 10 million cases from January to December. But now, the total is up to 20.28 million, with nearly 7 million cases reported in April alone. India’s healthcare system and even its burial grounds and crematoriums are overwhelmed from COVID-19 patients.

As travel restrictions have eased, experts warn that any variants that arise in the world will eventually reach the US.

“We will not achieve herd immunity as a country or a state or even as a city until we have enough immunity in the population as a whole,” said Lauren Ancel Meyers, the director of the Covid-19 Modeling Consortium at the University of Texas at Austin.

Even with the goal of herd immunity potentially unattainable, what is most important at this point is keeping hospitalization and death rates down. Those numbers have fallen significantly in the US, thanks to focusing initial vaccinations on the most vulnerable.

“What we want to do at the very least is get to a point where we have just really sporadic little flare-ups,” said Carl Bergstrom, an evolutionary biologist at the University of Washington in Seattle. “That would be a very sensible target in this country where we have an excellent vaccine and the ability to deliver it.”

Experts believe that over time the coronavirus will become akin to the flu, seasonal, or more like the closely related common cold virus that is typically fir experienced in childhood and subsequently mild in infection due to partial immunity protection.

Although the goal of herd immunity has been shifted, from total elimination to manageable, mild disease, the biggest challenge remains unchanged: get as much of the population vaccinated as possible. As the shots are continued to be safely administered, the hope is trust levels will be increased. Pfizer is anticipating an approval from the FDA for its shot in 12–15-year-olds this week. The vaccine has shown a 100% efficacy rate in that age group.

“I think we’re going to be looking over our shoulders — or at least public health officials and infectious disease epidemiologists are going to be looking over their shoulders going: ‘All right, the variants out there — what are they doing? What are they capable of?” Columbia University epidemiologist Jeffrey Shaman said. “Maybe the general public can go back to not worrying about it so much, but we will have to.”