Early Research Could Lead the Way to a Universal Cancer Vaccine 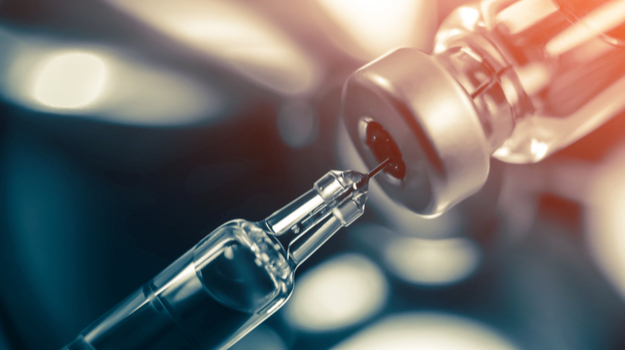 Hopes for a universal cancer vaccine received a boost from a new antigen discovery made by researchers at Arizona State University's Biodesign Institute.

Stephen Albert Johnston and his team have focused on treating cancer as if it was an infectious disease. That led the team to take a deep dive into the tumors where they discovered 200,000 cancer neoantigens, which had previously been missed by other researchers, Arizona State announced this morning. The neoantigens are the components of a potential vaccine and the researchers discovered that these neoantigens occurred repeatedly in different tumors. That means, they speculate, it’s possible these neoantigens can serve as the base for a universal vaccine.

The source of the neoantigens was found in RNA errors of tumors, ASU said. These errors involve changing the reading of the coding for proteins. Johnston said in cancer cells, levels of information transfer from DNA to RNA to protein become more error-prone.

“We proposed that these mistakes made in cancer cells may also be the source to make a cancer vaccine,” Johnston said.

Proof-of-concept data was published in Scientific Reports. The ASU study looked at mutation in more than 50 cancer cell lines, and 85 tissue samples from Mayo Clinic Arizona cancer patients, as well as the blood from patients from five different late-stage cancer types -- lung, breast, brain, gastric and pancreatic cancers. They found in all five cancer types, with the exception of glioblastoma, the samples had significant peptides reacting with antibodies in the cancer patients, they said.

In their research, the ASU scientists found a new source of tumor mutations that can provide three levels of therapy with a cancer vaccine. The levels are a pan-cancer vaccine, a vaccine for a specific type of cancer such as breast or pancreatic and personalized cancer vaccines based on mutations unique to an individual.

So far, the ASU research has been conducted in animal models, but it is progressing. Johnston's team developed a new type of chip that screens for the antibodies in blood samples. It’s a much simpler procedure than gene sequencing, the team said. It also serves as a starting point for personal cancer vaccines, Johnston said.

The team has moved from mouse studies to the first-ever dog cancer vaccine trial, funded by the Open Philanthropy Project. If that trial is successful, Johnston said the research can move into the clinic for human trials.