Drugging the Undruggable: How AI Does the (Almost) Impossible 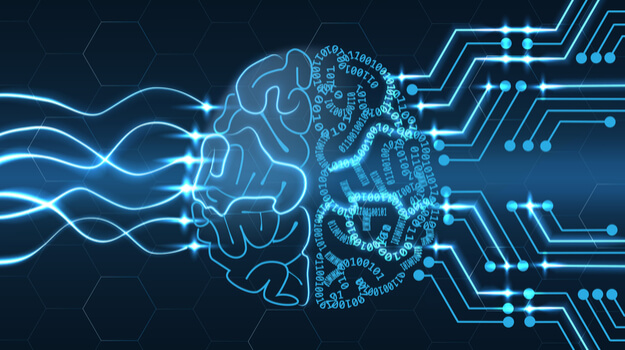 Artificial intelligence (AI) is amplifying the pace of drug development, allowing developers to attack otherwise intractable problems and achieve results in weeks. Previously, results may have been impossible within any time frame.

As an example of the power of AI in drug development, Abraham Heifets, co-founder and CEO of Atomwise, gave the example from a commercial collaborator that was targeting a kinase as a cancer therapeutic. As a panelist at the Demy-Colton Virtual Salon Series, “Drugging the Undruggable: The Power of Artificial Intelligence,” he pointed out that many of the biggest companies in the pharma and biotech industries had pursued that target but all failed because of unacceptable cardiotoxicity.

“AI succeeded. Approximately 99.999% of the molecules available to chemists don’t exist, but are available on demand,” he said.

Therefore, Atomwise ran a massive screen. It found a two-amino acid difference was all that distinguished the kinase that induced heart attacks from the one that, he said, potentially could cure cancer.

Verge Genomics uses AI to go directly to human models of disease, leapfrogging animal models.  As Alice Zhang, co-founder and CEO, explained on the panel, “I was frustrated at the lack of human data for ALS, Parkinson’s and Alzheimer’s diseases. Models based on animal research don’t always translate to humans.” By using artificial intelligence (AI), her company is going from to a clinical trial in about two years. A small molecule amyotrophic lateral sclerosis (ALS) program is expected to enter the clinic in 2021, and four more programs are likely to join it there within two years. To achieve this, Verge built one of the largest databases of brain tissue sequences in the world, with tissue from more than 6,000 human brains.

Another company, immunai, uses AI and single cell genetics to map the immune system response. This the culmination of a perfect intersection of incredibly robust computing power, interesting AI models and mountains of data, panelist Noam Solomon, co-founder and CEO of immunai, said. “We’re using AI to bring intelligence. It empowers us to make better decisions.”

But what exactly is AI? Originally, AI was the technology behind image and speech recognition. It allowed pattern matching on an enormous scale. It’s since evolved into convolutional neural networks (CNNs), a type of artificial neural network that learns much like the human brain. It is used to analyze visual imagery, process natural language and in a variety of other applications.

Atomwise was the first to apply CNNs to molecular recognition. It uses its Artificial Intelligence Molecular Screen (AIMS) program to predict the binding characteristics of billions of molecules to a protein of interest, and narrow them to a few hundred potential targets.

“We are running the largest machine learning application in the world,” Heifets said. “We have more than 750 projects with 600 unique targets in 40 countries.”  With its proprietary AI engine, AtomNet, 16 billion molecules can be screened in a matter of days.

It’s important to realize, though, that for AI to deliver accurate results, users must ask the right questions in the right way.

Verge eliminated much of the noise by starting its work in human, rather than animal, models. Its researchers combined its brain sequence database with human genetics and overlaid that with human-derived neurons. That combination let researchers identify gene signatures or dysregulated networks that appear in patients but not in age-mapped controls. Then they can determine which variations are causal to the condition. “Looking at the convergence is the smoking gun,” Solomon said, that generates greater translational success.

Although AI applications are in the public domain, these entrepreneurs developed their own, proprietary, applications. “If you have an assay, for example, how important is it to know the details of how it works?” Heifets asked. To identify druggable from otherwise undruggable targets, his answer was, “Very.”

Training the AI and validating its results are the key. Select the parameters carefully and, for training, feed the results back into the AI so it can learn. That often requires exposing it to hundreds or thousands of variations with known outcomes and then ensuring it is focusing on the correct elements of an image or a sample to make its determination.

The two greatest challenges to successfully using AI are breaking down disciplinary silos and getting AI experts (who often are from academia) to adapt to a pharmaceutical environment, the panelists agreed.  They have different assumptions, such as about the ability to publish or make their algorithms open source, for example, and typically don’t have backgrounds in biology, virology or related fields. Therefore, they have different disciplinary languages. Talking together regularly to solve intractable problems helps bridge those initial differences.