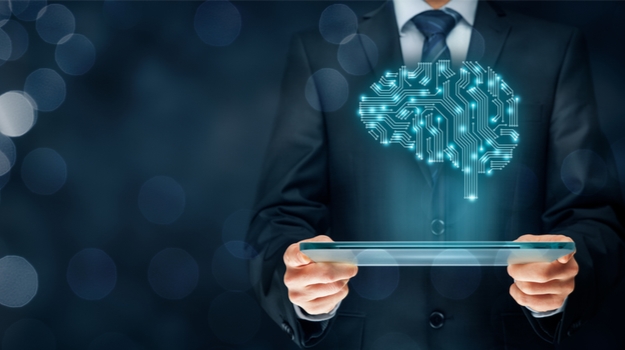 Artificial intelligence has been touted as the future of drug discovery and on Thursday, that was validated as Toronto-based Deep Genomics announced its AI discovery platform identified a novel treatment target and corresponding drug candidate for Wilson’s disease.

Brendan Frey, founder and chief executive officer of Deep Genomics, called the discovery an “important milestone” for the company’s drug discovery program, as well as for Wilson’s disease patients.

“Within 18 months of initiating our target discovery effort, we identified a genetic mutation that causes the disease, the chemical properties needed in a molecule to target the mutation, and a compound that warrants further investigation. We are delighted to nominate the first-ever AI-discovered therapeutic candidate and are eager to move it rapidly into the clinic for the potential benefit of patients,” Frey said in a statement.

Deep Genomics identified the drug candidate designated DG12P1 to target Wilson’s disease, a life-threatening genetic disorder caused by different mutations that lead to loss of a protein required for copper transport (ATP7B). Without the necessary protein, copper is improperly regulated in the body and accumulates at toxic levels in the liver and central nervous system, leading to hepatic, neurological and psychiatric symptoms. DG12P1 has been designed to help the body remove the excess copper.

The discovery of DG12P1 occurred following a long-term scan from Deep Genomics’ AI system. The drug discovery platform scanned more than 2,400 diseases and over 100,000 pathogenic mutations as it assessed various data points. Deep Genomics’ AI platform was able to predict and confirm the precise disease-causing mechanism of the mutation Met645Arg, one of several genetic mutations that leads to loss of function of the ATP7B copper-binding protein. That led to the discovery of a clear therapeutic target. From there, the AI system was then used to identify 12 lead candidates out of thousands of potential compounds, taking into account in vitro efficacy and toxicity, Deep Genomics said. After looking at DG12P1’s design to correct the exon-skipping mechanism of Met645Arg and, after conducting tolerability experiments, Deep Genomics declared it the ideal candidate to advance toward an Investigational New Drug Application.

Arthur Levin, a member of Deep Genomics’ Strategic Advisory Board, said the discovery is unprecedented and “opens the door to a smarter, faster, and vastly more efficient means of identifying viable drug candidates for a host of diseases.”

In a subsequent analysis, Deep Genomics’ AI platform was able to rapidly identify two additional mutations that can cause Wilson’s disease. These potential therapeutic targets are currently being experimentally confirmed, the company said.

Frederick Askari, director of the Wilson disease program at the University of Michigan, hailed the discovery of the Deep Genomics AI platform. Askari said researchers have struggled for more than 20 years to understand the mechanism of the genetic mutation that causes Wilson’s disease.

“The clarity that this artificial intelligence platform has brought to the scientific community is astounding and the potential of a therapy that could operate at the genomic level to correct the disease process is exciting. Patients can now have hope that a therapy may be developed that will recapitulate normal gene function and make their copper problems go away,” Askari said in a statement.

For decades, Syprine has been used as a treatment for Wilson disease but the drug became increasingly expensive following its acquisition by Valeant Pharmaceuticals in 2015. Last year, Teva launched a generic version of Syprine.