Biogen Reps Blacklisted from DC Neurology Centers Due to Aduhelm 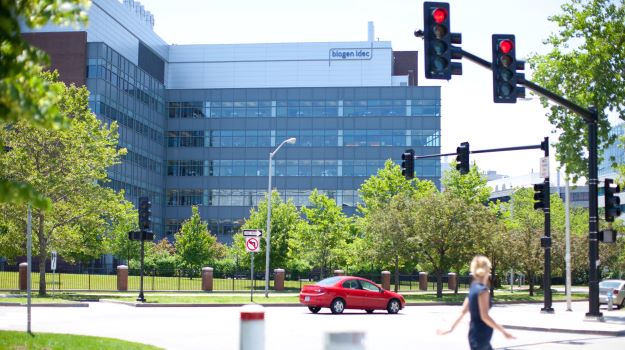 Biogen, which is facing slow uptake of its Alzheimer’s drug Aduhelm, faces yet another hurdle — The Neurology Center in Washington, D.C. has banned Biogen sales representatives from even entering their seven facilities.

A photograph of The Neurology Center’s sign stating, “Biogen representatives should not enter or engage staff, physicians or patients” was posted on Twitter.

On its website, The Neurology Center posted a notice, saying, “At this time, the NCPA physicians will not be recommending this treatment for any of its patients.”

The notice goes on to say, “The limited data available suggests that the effectiveness of this drug is linked to its ability to decrease the amount of a protein called beta amyloid, which has been implicated in the progression of Alzheimer’s disease.”

It then noted that in the two late-stage trials for the drug, ENGAGE and EMERGE, there “were conflicting results regarding whether this medication was effective or not. Given this uncertainty, Biogen, the company that produces the drug, will still be required by the U.S. Food and Drug Administration (FDA) to prove that it reduces beta amyloid in the brain, by conducting a ‘Phase IV’ trial, or the approval may be revoked.”

It also pointed out that Aduhelm was associated with serious adverse events, including swelling and/or brain bleeds in 10% to 40% of patients receiving the drug. “These will need to be carefully weighed on a case-by-case basis, even if approval is extended.”

The notice then wraps it up by mentioning that the drug was expensive and that insurance coverage for the costs haven’t been determined yet, and “We, the physicians of The Neurology Center, have agreed that the above-described issues will need to be thoroughly clarified before the drug can be confidently prescribed.”

The controversial drug was approved by the FDA on June 7, 2021. Since then, instead of thousands of patients receiving it, as of September 11, Biogen has indicated that only slightly more than 100 Alzheimer’s patients have been treated.

In early September, Michel Vounatsos, Biogen’s Chief Executive Officer, noted that rollout had been slower than what they have anticipated.

In November 2020, the FDA’s Peripheral and Central Nervous System Drugs Advisory Committee voted against recommending it. Although the agency is not obligated to follow the recommendations of their advisory committees, they usually do. And in this case, the adcom was strongly against the drug, feeling it did not prove efficacy and safety.

The agency also leveraged an Accelerated Approval pathway, which requires follow-up studies for continued approval. The agency based their approval on a surrogate endpoint, clearance of beta-amyloid, instead of relief of clinical symptoms. The advisory committee had asked if the agency planned on using surrogate endpoints and was told the agency did not expect to do so. Three members of the panel have since resigned in protest.

Also, Biogen set a price for Aduhelm of about $56,000 per patient per year. There are about 3 million Alzheimer’s patients in the U.S., most of whom are on Medicare. There are concerns that if the drug was broadly used, it would bankrupt the program.

Medicare is running its review, which is not expected to be complete until the end of the year, with a formal decision unlikely until about March 2022. Meanwhile, many insurers, such as UnitedHealth Group Inc., have refused to cover the drug until a Medicare decision. Many healthcare institutions have also refused to adopt the drug, mostly claiming its efficacy has not been proven. But few have gone so far as to ban sales reps from entering their facilities.