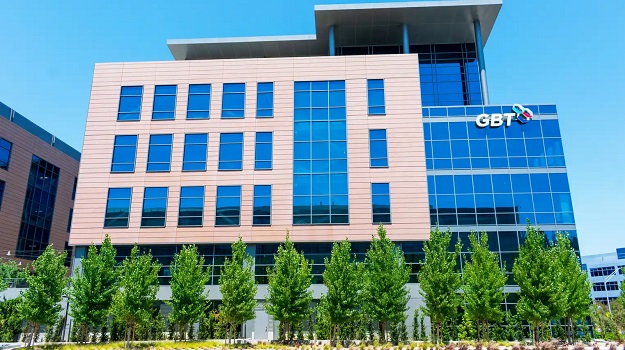 Shares of Global Blood Therapeutics are surging once again after reports indicate Pfizer is the mystery suitor for the company. The stock has skyrocketed more than 38% to $66.61 per share following reports that the pharma giant could plunk down $5 billion for the sickle cell disease-focused company.

First reported by The Wall Street Journal, Pfizer is looking for a quick buy of the Bay Area-based company. However, there could possibly be other suitors in the mix, the Journal said.

Pfizer is aiming to snap up the company and its lead product, Oxbryta (voxelotor) in order to bolster its own portfolio and pipeline. Pfizer’s hematological focus is on both sickle cell disease and hemophilia. The company has an E-Selectin antagonist in development for sickle cell disease.

This identification of Pfizer as the potential buyer of GBT follows earlier reports that the company and its sickle cell disease products could be up for acquisition. That news, first reported by Bloomberg, sent shares of the company’s stock up more than 40% during Thursday’s trading.

Citing unnamed “people familiar with the matter,” Bloomberg reported that Bay Area-based GBT has become a target of interest for “some large pharmaceutical companies.” While the discussions remain preliminary, the sources told Bloomberg that GBT is working with advisers to evaluate the potential interest. Whether or not that will result in some M&A activity remains to be seen.

The company did not respond to BioSpace's request for comment.

Still, the news was enough to encourage investors, and the stock closed at $47.99 on Thursday, up from its opening price of $43.71.

Analysts pegged the value of the company between $4.5 billion and $5.5 billion, according to the report. The company’s lead product is Oxbryta (voxelotor), approved by the U.S. Food and Drug Administration in 2019 for adults and children over 12 with sickle cell disease. In 2021, Oxbryta was greenlit for the treatment of sickle cell disease in patients ages four to less than 12 years old. That made Oxbryta the first FDA-approved treatment for children with SCD that directly inhibits sickle hemoglobin polymerization, the root cause of the sickling and destruction of red blood cells in SCD.

In 2021, Oxbryta generated $194.7 million. That amount is set to grow following international approvals for the sickle cell disease drug.

In July, the Medicines and Healthcare products Regulatory Agency in Great Britain granted Oxbryta marketing authorization for adult and pediatric patients over 12 as a monotherapy or in combination with hydroxycarbamide (hydroxyurea) for the treatment of sickle cell disease. The approval marked the first medication in Great Britain that inhibits sickle hemoglobin polymerization.

That approval followed the European Commission’s authorization of Oxbryta for use in Europe.

Oxbryta is not the only sickle cell treatment in GBT’s pipeline. In June, the company received both orphan drugs and rare pediatric disease designations for experimental treatments, inclacumab and GBT021601. Inclacumab is a novel P-selectin inhibitor currently in Phase III studies assessing its potential to reduce the occurrence of vaso-occlusive crises (VOCs) and hospital readmissions due to VOCs in patients with sickle cell disease. GBT601 is a next generation sickle hemoglobin polymerization inhibitor that is being assessed in the Phase II portion of a Phase II/III.

When the mid-stage portion of the trial was started in June, Kim Smith-Whitley, executive vice president and head of research and development of GBT, said GBT601 has the potential to be a best-in-class therapy for sickle cell patients.

“Specifically, it has the potential to improve on the clinical results achieved with Oxbryta at a lower daily dose,” she said in a statement.