Could a New Vaccine Help Slow the Opioid Epidemic? 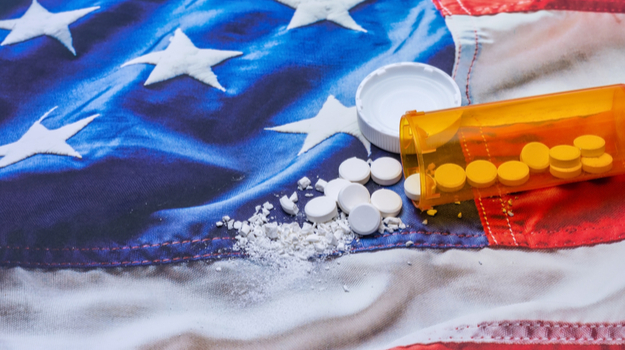 According to the Centers for Disease Control and Prevention (CDC), nearly 500,000 Americans perished due to an overdose of either prescription or illicit opioids between 1999 and 2019, and they stood out as the leading cause of drug deaths in 2020. Now, scientists are making progress toward a vaccine that could help protect against these deadly overdoses.

At least three different research groups across the U.S. are developing such vaccines. The furthest along is being tested for safety and efficacy in humans in a clinical trial run by Sandra Comer, a professor of neurobiology in the department of psychiatry at Columbia University, and Marco Pravetoni, of the University of Minnesota Medical School.

Following the same basic principle as vaccines against COVID-19 and influenza, the Columbia vaccine aims to make antibodies that will target and destroy a specific invader – in this case, a type of narcotic called oxycodone, an opioid used in painkillers such as the oft-abused OxyContin.

“So to speak, the vaccine-induced antibodies work like an antidote or like a sponge soaking up the circulating drug target so that the drug cannot exert its effects/actions,” Pravetoni, who designed the vaccine, told The Washington Times.

Comer told NBC News that while the vaccine would not prevent cravings for the drug, but instead be used in conjunction with medications that do – it could serve as an added layer of protection for people at high risk. The theory is that if addicted individuals use oxycodone, the antibodies would bind to it and prevent it from reaching the brain – where opioids slow a person’s breathing to potentially fatal levels.

While the concept is being called “inventive” by addiction specialists such as Sharon Walsh, director of the Center on Drug and Alcohol Research at the University of Kentucky, and may still be years away, it is now much less theoretical. With the sixth trial participant receiving the shot on Sept 28, it seems realistic that there could soon be a new weapon in the arsenal against opioid overdoses.

The trial is aiming to enroll 45 people between 18 and 59 who are in active opioid addiction, as Comer said that they wouldn’t want to give the vaccine to somebody who is currently stable because it might trigger a relapse. The study has so far enrolled 7 patients, but two have dropped out. The participants will receive either an injection of the vaccine or a placebo once a month for three to four months.

While drugs currently on the market such as naltrexone, methadone and buprenorphine are highly effective, Comer said these are not enough to slow the crisis as relapse rates hover around 50% after six months of treatment.

“We’re hoping that the addition of a vaccine will serve as a ‘safety net’ against overdose if a patient does discontinue their treatment medication and relapses to opioid use. It also may provide us with a window of time to reengage patients in treatment if/when they relapse,” she said.

News of this latest effort to combat the opioid epidemic comes the same week as another settlement pertaining to the crisis was announced. Generics giant Teva Pharmaceuticals reached a $15 million agreement with the state of Louisiana to settle claims against the company over its marketing of opioid products. In September, a U.S. Bankruptcy Court approved Purdue Pharmaceuticals' reorganization plan, in effect releasing the Sackler family, the company’s owners, from future liability.