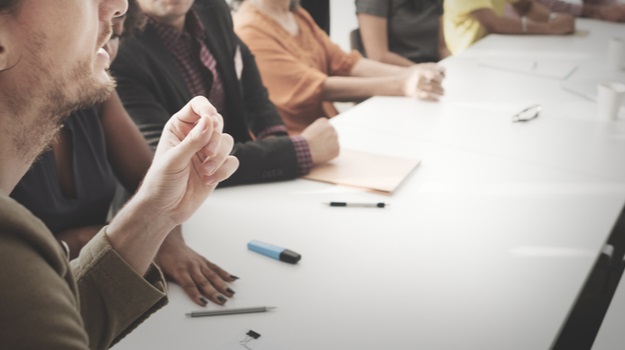 In January, Berkshire Hathaway’s Warren Buffett, Amazon’s Jeff Bezos and JP Morgan Chase’s Jamie Dimon announced they were creating a joint venture to cut healthcare costs and improve services. In late June, they named Atul Gawande to be this joint healthcare venture’s chief executive officer. Although the venture has yet to have a name, Gawande is heading out to hold one-on-one meetings with employees at the three companies to get a handle on their healthcare needs, challenges and concerns.

The company, which will be located in Boston, was set up by the three company billionaire executives to help cut costs for their companies, although the media and industry watchers seem to think it may have a ripple effect—or perhaps disruptive effect, given how Amazon affects everything else it comes in touch with—on U.S. healthcare.

The three companies have from 840,000 to 1.2 million employees worldwide. Gawande’s meetings are dubbed a “listening tour,” and is expected to begin in the next couple weeks. Without even going into the concept of how this venture might affect the overall healthcare system, assuming it has any affect effect on it, the tour highlights the complexity of what Gawande is charged with doing. Of these million or so people employed by the three companies worldwide, they include warehouse workers, bank tellers, software engineers and store clerks. Berkshire Hathaway, Warren Buffett’s company, owns companies such as Acme Brick, GEICO and Duracell.

“Is Amazon’s goal to make the office workers healthier in Seattle or the warehouse workers healthier around the country?” Kevin Schulman, professor of Medicine, Clinical Excellence Research Center at Stanford University, told STAT. “Those are very different sets of challenges. Depending on where the warehouses are, there could be problems with access to health care. There could be problems with the quality of care available near some of these regional centers.”

It will also be interesting to see how Gawande is received by employees who may perceive him as just a corporate representative whose job is to cut their healthcare benefits. Corporations worldwide struggle with broad communication, particularly in how to make changes, as anyone who has sat through a company “State of the Union,” type message or actually had human resource representatives present broad changes to insurance and benefits policies to staffers.

Which doesn’t mean the employees of the three companies will buy in or that anything it comes up with will be able to be broadly applied to other systems. If there’s one lesson that could be learned from the heated and politicized implementation and piecemeal GOP dismantling of Obamacare, it’s that there’s always somebody unhappy about changes to the healthcare system.

Gawande practices general and endocrine surgery at Brigham and Women’s Hospital and is a professor at the Harvard T.H. Chan School of Public Health and Harvard Medical School. He is also founding executive director of Ariadne Labs, a health systems innovation center. He is also an author of several books and contributes to the New Yorker, typically writing about healthcare innovation. He plans to keep all these positions, except the executive director one.

“Atul Gawande writes really nice things about health care, but do most Americans trust Atul Gawande?” said Mark Schlesinger, chair and professor of Public Health at Yale School of Public Health, to STAT. “No. He’s a person. They think, ‘Oh this guy’s working for the company, do I trust that he personally will have my self-interest in hand?’”

The as-yet-unnamed venture, at least from the public perspective, is largely unknown. Bezos, Dimon, and Buffett have really only indicated it won’t be focused on profit-making and they will be funding it. But its goals and mission statement have not been released other than cutting healthcare costs, and no staffers or organizational structure outside Gawande have been announced.

Schulman speculates that Gawande’s job is to come up with possible business plans and then the three executives will give it a go-ahead and it’ll be implemented. If it does what they want it to do, they may then try to spin it out to other companies. “At some level,” Schulman said, “it’s going to be a start-up, and then they’ll have to decide whether the strategy is effective and whether the team is effective in terms of executing.”