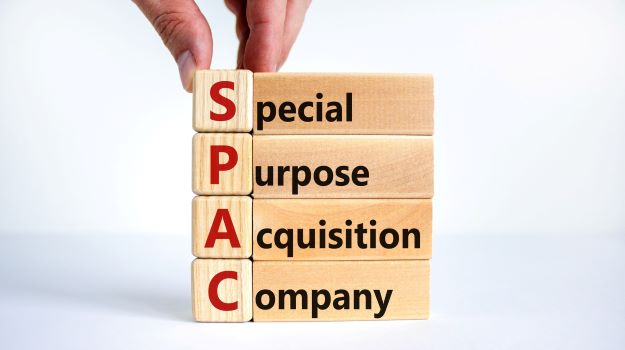 Special Purpose Acquisition Companies (SPACs) are here to stay, offering one more way for companies to access public markets. But doing so isn’t a quick snap of the fingers. Companies need a lot of preparation before they are ready to be acquired by a SPAC, and investors are becoming increasingly discerning, according to SPAC experts speaking at a recent Demy-Colton Virtual Salon, The Biotech SPAC-tacular. The flight to quality is real.

“One very important aspect of SPACs that not everyone recognizes is that, at its heart, a SPAC is a merger,” said Kevin Sheridan, managing director, global joint head of healthcare investment banking, pharmaceuticals, US Jefferies. “That means preparing a Securities and Exchange document, and undergoing a review and a vote. Then the company needs to register the shares of its private investment in public equity (PIPE) investors.”

There may be months of delay, so SPACs are for long-term investors.

The need to keep SPACs for some time, coupled with their diminishing novelty, is catalyzing what Ali Satvat, partner and co-head, health care industry team, KKR, calls a flight to quality.

“There are a lot of SPACs out there, Satvat said. “The differentiator is quality.”

Carve-outs could be the next big SPAC target, Saunders said.

“But, people don’t realize that many aren’t public-ready. They don’t have the appropriate audited financials,” Saunders said.

And developing them takes more time than people expect.

To put this in perspective, it may take 6 to 8 months to find the right company, and 12 to 18 months to get the financials in order and audited. If the SPAC was formed for a two-year duration, there’s not enough time to get a carve-out ready unless it’s already prepared.

Saunders advised companies establishing themselves as carve-outs to think in traditional terms.

“Begin the journey to get audited financials, determine the structure and internal controls, get the management team, and all the things you need to do (to function as a company),” Saunders said.

“It’s not just about going public, but about being public,” Satva said. “There’s a lot of preparation. Is it worth it?”

Often, the answer is “yes.” Biotech execs frequently ask Satva and Sheridan how they can sell their companies to a SPAC. In reality, the SPAC chooses you. That said, there are steps companies can take to become investment-ready.

A SPAC also offers the ability to market your forward financials.

The disadvantages, however, often include having a set price and needing to wait to months after investing to sell the stock.

“You’re subject to the vagaries of timing, ensuring the PIPE is done, and attracting the right shareholders. Ensuring it can withstand those changes is a complicated equation that we weigh with the management team. Making decisions in tandem is critical,” Satvat said.

“The ability to provide forward guidance can be more helpful than a traditional IPO, but also dangerous,” Brenton L. Saunders, chairman and CEO, Vesper Health Acquisitions Corp., and former chairman, president, and CEO of Allergan, cautioned. “There’s an emerging class of plaintiff lawyers looking at the space, so be very truthful and level-headed about your forward guidance, and do it in a high quality, serious way.”

In December, Saunders announced a $1.1 billion merger with HydraFacial through his SPAC.

When Saunders selected HydraFacial for his SPAC, he consciously avoided R&D-based investments.

“There is a lot of execution risk inside a SPAC,” he explained. “You have to find the right deal, the right valuation, and get the company ready to go public. Adding R&D risk was something I wasn’t prepared to do with my first SPAC. If I were to do another, I may be more open to an R&D-based company.

“SPACs aren’t necessarily an easier path to the public market,” Saunders continued.  “The day you de-SPAC, you’re a public company and you need to be prepared. If you don’t lay the groundwork, things will likely go poorly.”

Investors choose a SPAC based on the strength of its management team, Saunders stressed.

“The purely financially driven SPACS and deal-driven founders will become fewer and further between,” he predicted. “What’s best is to have people who’ve lived in the target’s universe, who have insights and bring value to that world. They’ve run companies, and understand mergers and acquisitions. They know how to structure deals and perform high quality due diligence. They know how to create a public company with the right balance sheet, corporate attributes, guidance, board and management team.”

Experience is important during the de-SPACing process, too, which is similar to the PIPE-raising process, Saunders said.

“In an M&A deal, there’s a time between the deal announcement and the deal signing. That period tends to be about integration or divestiture. I spend a lot of time with the old and new board as we de-SPAC to ensure we have the right everything – the right strategy, commercial focus, R&D pipeline, control structure, incentives, compensation structure, etc. It’s a full-time job.”

The SPAC roadshow is part of that. In the age of COVID, it is significantly shorter than the IPO roadshow. What once took two weeks now may take a few days thanks to the efficiency of Zoom meetings.

“In some ways, the SPAC roadshow is easier than the IPO roadshow,” Saunders said, because there’s not much to discuss other than the founder’s track record, ideas and where he or she can add value.

“SPACs are here to stay, Sheridan said. “There’s a good runway for the SPAC market.”

If you can raise ample capital and attract high quality investors and supportive banks, they can be good surrogates for IPOs.

“SPACS aren’t without risks, but it’s great to have some flexibility in the market,” Sheridan said.