Biotech Companies are Expanding the Frontiers of Engineered Cell Therapy 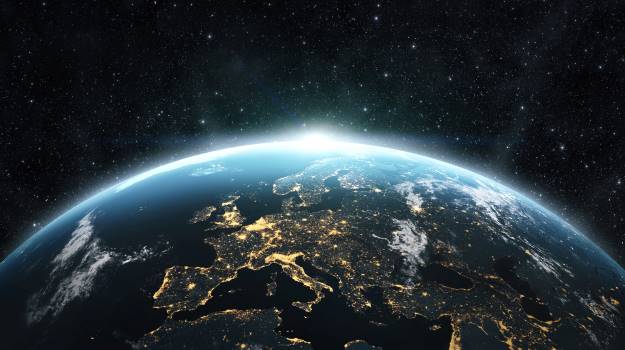 The plasticity of a cell is one of its quietly profound advantages – picture cells glowing from an extraneous DNA vector incorporated into the genome or cells that acquire newfound targeting abilities to find and kill problematic tumors.

Superpowered cells cloaked with superhuman abilities are what unify the burst of engineered cell therapies that are exploding on the biopharmaceutical scene. This includes chimeric antigen receptor (CAR)-T cell therapies, where different cell types are armored with receptors that can latch onto and kill cancer cells. Or, reprogrammed stem cells that replace certain cell types lost during diseases like diabetes, as well as CRISPR-Cas9 editing of existing cells to correct blindness.

These exciting therapeutic possibilities have created a whole host of new questions: how, for instance, can we mass manufacture enough personalized cells to satisfy millions of patients? How can we ensure therapeutic quality? How can we truly understand that the changes made to these cells are helpful to the patient rather than harmful?

Several biotechnology companies are pushing to answer some of those questions. Cellares is focused on creating a solution to the issue of mass manufacturing. Mission Bio is developing sequencing platforms that can better understand the genetic changes in cell therapies and various patients. Both companies are part of the rapidly evolving push to create and characterize the superhuman powers cells can be endowed with.

Cellares aims to develop scalability – hoping for a cell therapy future without engineering bottlenecks. Earlier this year, the company raised $82 million in Series B funding to continue the development of their Cell Shuttle, a cell therapy “factory-in-a-box” that aims to fully automate cell therapy workflows.

“2017 marked the beginning of the commercialization phase in cell therapies when the first CAR-T cell therapies were FDA-approved. Prior to that, nobody was faced with the challenge of how you could scale this out to tens and hundreds of thousands of patients per year, per drug,” said Fabian Gerlinghaus, CEO at Cellares. “The problem is new, and the problem is unsolved.”

Cellares’ technology revolves around their GMP (good manufacturing practice)-in-a-box cartridge. The cartridge is a single use consumable that reduces the need for human action to merely load and unload the cells. On a larger scale, the Cell Shuttle system is the combination of cartridges and various bioprocessing instruments contained inside a robotic work cell that maintains an enclosed GMP environment. The process becomes user-controlled and customized through a centralized software solution.

According to Gerlinghaus, the very capability to load 10 cartridges at once allows for a dramatic escalation in manufacturing capacity. Additionally, the components that make up the Cell Shuttle allow for a high degree of customer and, subsequently patient, personalization. “You can run 10 different processes with different process parameters and workflows simultaneously on the same platform,” he explained. “High level customization happens by choosing which of our modular instruments we’re actually going to be putting on the Cell Shuttle to support your workflow. Low-level customization to a particular process happens in user-facing software, which leverages the flexibility of our modular system architecture.”

“The entire design intent with our software platform is to put the power into the hands of process development scientists or pharma companies to create and run the processes that define their products,” he added.

While Cellares tackles the problem of mass-manufacturing cell therapies, the question of understanding genomic changes both in the cell therapy and in the patient themselves persists. This is where Mission Bio carves a niche for itself. The biotechnology company uses single-cell DNA sequencing and multi-nomics approaches to understand, on a per-cell basis, how certain perturbations change the genome.

Mission Bio’s Tapestri platform utilizes a microfluidics-based approach to simultaneously sequence targeted DNA and identify cell-surface proteins in individual cells. First, a single-cell suspension is generated by the scientist. This suspension is incubated with oligo-conjugated antibodies, which recognize and tag specific proteins. The solution is loaded onto the Tapestri platform, where each cell is encapsulated into a droplet. Within each droplet, a protease reaction first digests the chromatin surrounding DNA.

Next, each droplet flows into a second, separate droplet, where targeted DNA and protein tags are amplified through a polymerase chain reaction, allowing for subsequent amplification and sequencing. Ultimately, the read-out includes the genotype and immunophenotype to portray a more holistic picture of the cell’s genome.

Why, then, choose to leverage sequencing technology on a single cell level as opposed to a bulk level? “When we do bulk [sequencing], we assume that the sample is homogeneous,” said Dr. Yan Zhang, PhD, CEO at Mission Bio. “But that is not true. We know that biological samples are heterogeneous. If you just use bulk sequencing, you cannot get a high level of specificity.”

While sequencing technologies (some offering single cell resolution) have become highly popularized in recent years, Mission Bio’s Tapestri is crucially different from the popular RNA-sequencing platforms dominating the field today. Rather than looking at gene expression, as is the goal of RNA-sequencing, Tapestri looks at the genome itself. This is particularly useful for diseases like cancer, where patients can have drastically variable DNA mutations in certain cells that would render one drug more effective than another. This is also useful for cell engineering, where traditional quality-control methods rely on growing out single cell clones for selection and downstream genome analysis – a time-consuming task.

Zhang raised the example of scientists aiming to CRISPR-edit cells, where a potential goal is to make 27 separate edits in a single cell. Without single cell sequencing resolution, it is difficult to identify which cells have been reprogrammed with all 27 edits, as opposed to 3 or even 26 of those edits. “With our technology, they could distinguish [the cells with all 27 edits],” Zhang said. “They were able to optimize the conditions – improving the desired edit efficiency from 2% to 50%.”

In the future, Zhang hopes that Tapestri will be leveraged as a strategy to monitor the cells of patients undergoing cell or gene therapy. “The desire for cell and gene therapy is to cure patients with a single dose that can last for a lifetime,” she explained. “But it’s still very early, and we still need to understand and monitor the patients. Our technology, at least how we see it, is extremely powerful for accelerating development, giving you much better insight into safety, efficacy, toxicity, and metabolism.”

Mission Bio has recently released Tapestri Cell & Gene Therapy Solutions, aimed towards quickly characterizing genetically edited, superpowered cells in cell and gene therapy development pipelines. Meanwhile, Cellares continues to develop its Cell Shuttle, with an anticipated market release in late 2023. Both companies are actively pursuing partnerships to both broaden and develop their technologies. Tapestri has been cited in papers tracing CRISPR-edited cells and leukemia, while Cellares announced a partnership with Poseida Therapeutics as part of their Early Access Program.

Altogether, the journey to create and understand a superpowered cell continues. For Gerlinghaus, a former aerospace engineer, this commitment to ensuring quality and scale, combined with special powers, persists. “We’re taking a very systematic approach, which ultimately will result in a very reliable solution for pharma companies that ultimately benefits patients,” he said. “The level of reliability that we’re going for with our equipment is akin to the level of reliability of an airplane."