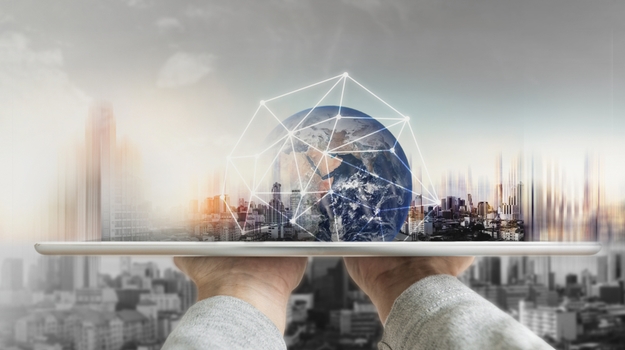 Antabio – France-based Antabio SAS secured $4.4 million in a second tranche funding from CARB-X, the global non-profit partnership dedicated to tackling the global rising threat of drug-resistant bacteria. The funding is earmarked to support the development of Antabio’s novel small molecule candidate for the treatment of Pseudomonas aeruginosa infections in Cystic Fibrosis (CF) patients. Antabio’s PEi program seeks to develop an inhaled product to be used as an adjunct to existing therapy and which will aim to reduce the severity of P. aeruginosa disease and enhance pathogen clearance by targeting the LasB elastase, a key virulence determinant that contributes to tissue damage and inflammation in infected CF lungs. Antabio believes the PEi product, with its novel target and groundbreaking mechanism of action, has the potential to significantly enhance the effectiveness of existing treatments for CF patients.

Yeda – Israel’s Yeda Research and Development Co. Ltd., the commercial arm of the Weizmann Institute of Science, and Deerfield Management Company announced the development of an extensive translational research initiative. The research collaboration is expected to catalyze the development of transformative treatments toward clinical validation for cures for diseases and improved quality of life. Deerfield will post up to $130 million in initial funding to support the initiative over 10 years through a newly launched company called Orchard Innovations, LLC.  Yeda will submit proposals on projects for consideration by a committee. Accepted projects will include a development plan aimed at achieving Investigational New Drug readiness. Deerfield will provide funding and development support for accepted projects, and promising projects that achieve IND-enabled status may be eligible for additional backing from Deerfield.

Velabs –Velabs Therapeutics GmbH, based in Germany, entered into an exclusive licensing agreement with alytas therapeutics GmbH for the development and commercialization of alytas’ antibodies in the field of senescence, related degenerative processes and pathologies. alytas specializes in the research of fat metabolism in connection with obesity. In a previous strategic partnership, alytas and Velabs co-developed different sets of preclinical antibodies for a novel immune-based obesity treatment. The current license will allow Velabs to exclusively develop these antibodies against senescence-related degenerative processes. Both indications, obesity and senescence, together with their associated co-morbidities, are conditions with unmet medical need and enormous market potential. In addition to its partnership, Velabs is currently building its own pipeline of therapeutic antibody candidates for further development. Recently, the company started to develop antibody-based senolytics, a class of drugs designed to prevent cell and tissue degeneration that can occur during the aging process by eliminating so-called “senescent cells.”

Polyganics – Netherlands-based Polyganics won a CE mark for Liqoseal, the company’s dural sealant patch and plans to launch the product in Europe. Approval of the CE mark is based on data from Polyganics’ ENCASE I clinical trial, evaluating the safety and performance of Liqoseal reducing cerebrospinal fluid (CSF) leakage after elective cranial surgery. Results showed the absence of CSF leakage, as confirmed by MRI, no clinically significant swelling, and no device-related adverse events following surgery.

Avacta Group – Based in the U.K., Avacta Group plc. and Korea’s Daewoong Pharmaceutical Co. Ltd., agreed to establish a joint venture in South Korea, to develop the next generation of cell and gene therapies incorporating Affimer proteins to enhance the immune-modulatory effects. The joint venture will develop a new class of Mesenchymal stem cells (MSCs) that are primed to produce Affimer proteins, which are designed to enhance the immune-modulatory effect when administered to patients, by reducing inflammatory or autoimmune responses. Daewoong will provide the joint venture with access to its proprietary technology for generating allogeneic MSCs from a single donor to treat a large number of patients. Avacta will develop Affimer proteins against several undisclosed targets which will be transferred to the joint venture to be incorporated into MSCs.

Enterprise Therapeutics – Based in the United Kingdom, Enterprise Therapeutics Ltd. published its first peer-reviewed paper. The paper, published in the American Journal of Respiratory and Critical Care Medicine, describes TMEM16A potentiation via ETX001 as a novel approach for the treatment of cystic fibrosis. The paper, “TMEM16A Potentiation: A Novel Therapeutic Approach for the Treatment of Cystic Fibrosis”, demonstrates the ability of Enterprise’s proprietary compound, ETX001, to enhance the activity of TMEM16A in human bronchial epithelial cells from CF patients, increasing epithelial fluid secretion and mucus clearance providing the first pre-clinical proof of principle for this approach.

SOTIO – Czechoslovakia-based Sotio opened branch offices in Switzerland.  The Sotio office in Basel, Switzerland, will host the clinical development team, as well as other functions to progress its broad clinical development pipeline towards filing for marketing authorization and commercial launch. The company said the new office is part of its strategy to expand its pipeline of new immuno-oncology products and strengthening its presence in globally-recognized biotech hubs.

Eyevensys – Privately- held Eyevensys, which is based in France, snagged $30 million in a Series B financing round. The company will use the funds to continue the development of its clinical lead candidate EYS606 for the treatment of chronic non-infectious uveitis, including the launch of its Phase II Electro Study. The funding will also advance the preclinical development of its other therapeutic proteins targeting ophthalmic diseases with unaddressed medical needs such as retinitis pigmentosa and age-related macular degeneration. The financing round was led by Boehringer Ingelheim Venture Fund and included participation from existing investors Pontifax, Bpifrance, CapDecisif, and Inserm Transfert, as well as new investors, the Global Health Sciences Fund and Pureos Bioventures.