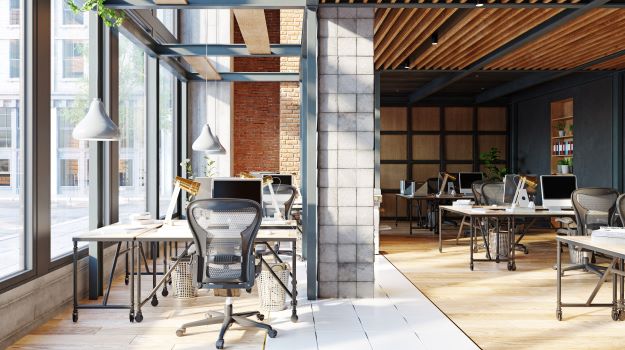 This week, pharma giant Merck announced it is expanding in both area and headcount with its new Cambridge, Massachusetts, office at 320 Bent Street in Kendall Square. According to Boston Business Journal, the company's plan is to add 160,000 square feet and 100 new employees.

In 2016, Merck announced its new microbiome research site would be located at the 50,000-square-foot Bent Street facility that previously belonged to Idenix Pharmaceuticals, which Merck bought for $3.9 billion in 2014. The space included roughly 46,000 square feet of laboratories and offices, as well as another 5,500 feet of office space.

Merck said the 100 new positions will slowly be added over the next few years. The more than 200,000 square feet will be enough for about 250 scientists. Merck is hiring mostly biochemists with an interdisciplinary approach.

The expanded facility is close to another Merck site, a research lab in Boston’s medical and academic Longwood area.

MBI is an organization dedicated to job creation and retention throughout Massachusetts by promoting the growth of start-up biomedical companies. It works with academic and governmental institutions as well as other businesses to support startups. MBI offers resources such as laboratory and support services and business plans to help emerging biotech companies succeed.

MBI has already supported 26 companies and hopes to incubate many others at the new building, according to Telegram and Gazette.

In an interview with Telegram, Jon Weaver, president and CEO of MBI said the roughly 50,000-foot space will hold 10 labs, as well as some offices. He also said MBI hopes to be done with construction by the end of the year. The costs for the project are estimated at $5 million, but thanks to an investment from the Massachusetts Life Sciences Center, $3 million of that is already covered.

Element Biosciences has a New Home

A ribbon-cutting ceremony on Wednesday marked the opening of Element Biosciences’ new headquarters. Although the company is staying in San Diego, it has officially moved to the Alexandria Tech Center. Element, a company that focuses on DNA sequencing with its Aviti System, can now call 10055 Barnes Canyon Road home.

The 186,000-square-foot, five-story office space will consolidate employees who had previously worked at three different facilities. In addition to bringing employees together, the office will provide room for more headcount in commercial, finance, accounting, and general and administrative services capacities. Element said that the new location will be half labs and half general office space and features natural materials in an open-concept layout.

“We are excited to move into our new headquarters as we continue to grow and disrupt every ‘element’ of the DNA and genetic sequencing market with Aviti,” said Molly He, Ph.D., CEO and co-founder of Element.

The new location won’t just be all work, though. The tech center has amenities like fire pits, meditation gardens and a fitness center. It’s designed to promote health, wellness and productivity among employees, as well as attract top-tier talent.