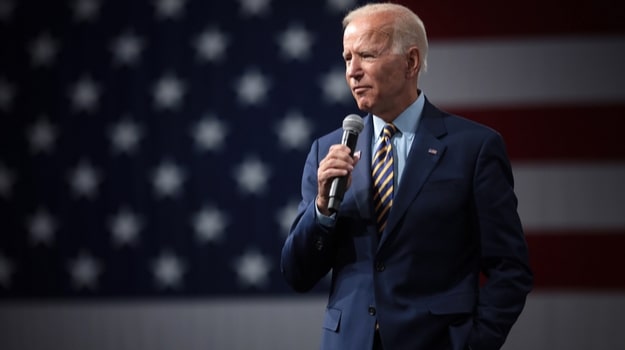 On Tuesday, U.S. President Joe Biden nominated Arati Prabhakar, Ph.D., to be his science advisor. If the nomination is confirmed by the Senate, Prabhakar will become the first person of color and the first immigrant to hold the position.

Prabhakar immigrated to the United States with her family from New Delhi, India when she was a child. In 1984, she completed her Ph.D. at the California Institute of Technology, becoming the first woman to earn a doctorate in applied physics from the university.

Prabhakar has had an impressive tenure with the U.S. government. She is the former head of the Defense Advanced Research Projects Agency (DARPA), where she initially worked from 1986 to 1993. During her time at DARPA, Prabhakar initiated and managed programs in advanced semiconductor technology and flexible manufacturing. She later became the founding director of the agency’s Microeletronics Technology Office, where she led a team whose projects focused on optoelectronics, infrared imaging and nanoelectronics.

Prabhakar later directed DARPA during the Obama administration. During this time, she played a key role in implementing technological advances in the biotech and social science fields, including work that led to the investigation of RNA vaccines.

Prabhakar was appointed as director of the National Institute of Standards in Technology (NIST) in 1993 by former President Bill Clinton, making her the first woman to run the agency as well as the youngest person to fill the position. Managing a staff of 3,200 individuals, she played a role in expanding the Manufacturing Extension Partnership to full national scale and strengthened NIST laboratories’ work on measurement standards.

For 15 years, Prabhakar participated in Silicon Valley startups, including serving as the senior vice president and chief technical officer of Raychem, a company that offers commercial products produced through radiation chemistry. She then briefly served as the vice president and president of Interval Research, a laboratory and technology incubator. Prabhakar became a partner and general partner with U.S. Venture Partners in 2001, serving as a board member for various early-stage companies until 2010.

Her participation in Silicon Valley startups is likely what inspired her to found her own organization, Actuate, a non-profit organization that focuses on solutions for research and development programs for complex societal problems. Among its programs is one named “Scalable Prevention of Chronic Disease”, pointing toward Prabhakar’s interest in and aptness at addressing the biopharma and biotech industry.

The program aims to combine behavioral research, data and machine learning to create a personalized coaching system which would provide patients with realistic assessments of day-to-day activities and eating patterns. Analysis of such assessments would arm patients with on-the-spot incentives to make good choices, with the goal of instilling healthy habits in those at risk for chronic diseases, such as type 2 Diabetes.

As reported by AP, Biden called Prabhakar a “brilliant and highly respected engineer and applied physicist” who will “solve our toughest challenges and make the impossible possible” using science and technology. Prabhakar also stands to serve as a role model for women and people of color who are underrepresented in the life sciences industries.