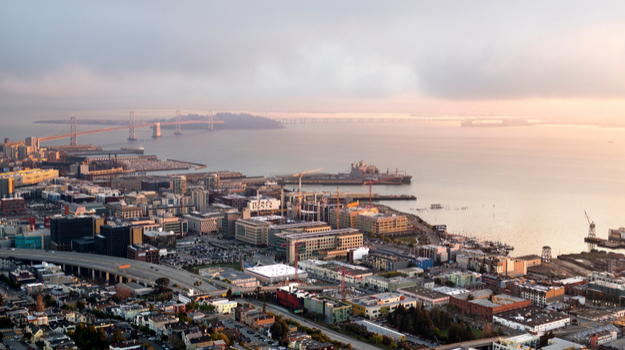 San Francisco’s Mission Bay is an exciting area for the biotech industry, with cutting-edge research being conducted by a number of companies. But for years, Mission Bay has been plagued with concerns over a lack of space for startups and other companies

Three years ago, BioSpace put together a report on the lack of space, particularly for startups trying to get some lab space in order to grow the company. While there are a number of incubators aimed at startups in Mission Bay, there just isn’t enough room for everyone. Not only is there little room in the incubators for startups, but there’s also little room in the San Francisco and Bay Area for these companies to find when they need to grow.

Real estate, the price of and lack of, has been an issue in the Bay Area for years. In a recent report from the San Francisco Business Times, the concerns about the lack of space for startups in the Mission Bay area was once again raised as the publication took a look at a number of startups in incubators like QB3 and Bayer CoLaborator. As the Times noted though, there’s just not enough space for those startups. Over the past few years, BioSpace has kept track of real estate concerns in the Bay Area. With a price of about $60 per square foot across the area, many startups cannot afford to tackle such an investment. But, there are new buildings going up across the region with the life sciences in mind. Most recently, there was a report about the expectation that construction will soon begin at Kilroy Oyster Point in South San Francisco.

Kilroy Realty Corporation said it plans to develop, over multiple phases, a state-of-the-art laboratory and office complex that will eventually encompass 11 buildings spread across a nearly 40-acre waterfront site in the Bay Area. The site is fully entitled for 2.5 million square feet. The first phase of development for the site includes three six-story buildings that will total 508,000 square feet on 10 acres.

In addition to the Kilroy project, The Cove, a project of HCP Life Science Estates, broke ground in 2015. The campus design consists of seven buildings ranging in size from 102,000 square feet to 158,000 square feet in both single- and multi-tenant building configurations.

Alexandria Real Estate Equities has also been developing space in the area. Two years ago, the developer cut a deal with Merck to build a nine-story, 294,000 square foot facility with research space and office space. Another development is BioMed Realty’s Gateway of the Pacific project—a proposed 1.3 million square foot campus that will include ample office and laboratory space.

San Francisco has long been known for its high real estate costs, which is why some companies have been looking to the surrounding suburbs to get the best bang for their buck when it comes to real estate. One such area is Pleasanton, Calif. a suburb of San Francisco in Alameda County about 25 miles east of Oakland. Pleasanton and other neighboring communities have been opening space to attract biotech and pharma companies, both startups and established companies.

About 90 minutes south of San Francisco is the town of San Jose. One innovative group based in nearby San Jose saw the need for biotech space and opened the San Jose BioCube. Saam Farahmand, marketing director for San Jose BioCube, told BioSpace that there is now a waiting list for the 37,000 square-foot facility located about an hour from San Francisco. The BioCube offers multiple amenities, such as a reception center, conference center and three research centers – a cell culture room, virus room and a bacteria room. Office space ranges from 100 to 2,000 square feet. Lab space can 500 to 1,300 square feet in size.