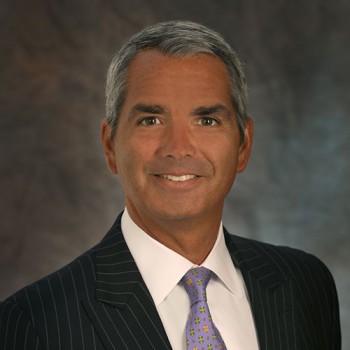 RNA interference (RNAi), sometimes called gene silencing, is an approach to therapeutics in certain diseases that are caused by the production of abnormal proteins or an overproduction of proteins, which can be treated by turning off or silencing the gene. One of the companies working on the cutting edge of this field is Pasadena, California-based Arrowhead Pharmaceuticals, which is expecting 2020 to be a real inflection point.

Christopher Anzalone, the company’s chief executive officer, took time to speak with BioSpace about the company’s large pipeline and why they’re so excited about 2020.

“Unlike most companies, we’re not indication-focused or even disease or even broadly disease area-focused. We are technology-focused,” Anzalone said.

What Anzalone feels is the big differentiation factor for Arrowhead isn’t just the “extraordinarily powerful modality, if it can be harnessed therapeutically, but we’ve shown we can extract the proper value of RNAi outside the liver.”

The liver makes a good target for RNAi, because it has receptors that are rapidly recycled, and so many gene products are produced in the liver. And Arrowhead, like other companies in the space, has made significant progress in liver-targeted RNAi. But in addition to metabolic diseases focused in the liver, Arrowhead has made progress on leveraging RNAi in the lungs and solid tumors, and by the end of the year expects to announce targets in musculoskeletal diseases.

“We’ve built a $3.5 billion company addressing the liver, and I think we can do the exact same thing for lung and solid tumors and other cell types,” Anzalone said.

The company currently has nine compounds in its pipeline, with one licensed to Janssen (and another partnered with Janssen), a Johnson & Johnson company, and another licensed to Amgen. The compound licensed to Janssen is for hepatitis B, the one partnered is undisclosed, and the product licensed to Amgen, AMG 890, is for cardiovascular disease. It also has ARO-HIF2, soon in the clinic for renal cell carcinoma, and ARO-HSD in the clinic for liver disease. However, to get a sense of the company’s broad reach and more immediate expectations, Anzalone focused on four of their other pipeline products.

The first two are something of a pair, ARO-APOC3, which is in late-stage trials for hypertriglyceridemia, and ARO-ANG3 for dyslipidemia. In early February, the company reported promising interim data from ongoing Phase I/IIa trials of these cardiometabolic candidates.

ARO-APOC3 targets apolipoprotein C-III (APOC3) and is being developed to treat patients with extreme high triglycerides. ARO-ANG3 targets angiopoietin like protein 3 (ANGPTL3) and is a potential treatment for dyslipidemias and metabolic diseases.

“The cardiovascular health story has always been statins and lowering LDL cholesterol,” Anzalone said. “We know lowering LDL is important. If you can get LDL to zero, that’s great, there’s no lower limit. Statins have been helpful there. And you’ve only tended to hear about statins because they were the only tool.”

ARO-APOC3 interim date showed mean maximum reductions in circulating triglycerides of 97%. “This is really remarkable,” Anzalone said. “These patients with severely elevated triglycerides, requiring them to be on extreme diets, still have substantial cardiovascular risk. We showed—in a small sample, but we’ll continue to collect data— really strong reductions. We’re really excited about ARO-APOC3 in lowering these triglycerides deeper than anyone’s shown before.”

For ARO-ANG3, Anzalone describes it as a broader drug. “Going into the study, we believed we could see lowering LDL cholesterol in addition to or on top of statins or PCSK9 inhibitors, lowering triglycerides and, in animal studies, showed improvements in insulin sensitivity and liver fat for truly diabetic patients. It’s a remarkable pathway or set of pathways that make the ANG3 target maybe the most interesting cardiovascular target we’ve seen in quite some time.”

“These are two very important programs that we are developing in Phase I and II studies,” Anzalone said. “My expectations are to take the next step this year, hopefully into Phase III studies, but at the very least to initiate Phase II studies with Phase III afterwards.” They expect to have discussions with the FDA sometime this year.

Although technically the company’s ARO-AAT is further along, currently in a Phase III trial, Anzalone said it’s probably further from the market than the other two programs. ARO-AAT is focused on treating a liver disease associated with alpha-1 antitrypsin deficiency (AATD), a rare genetic disorder that causes damage to the liver and lungs of patients. ARO-AAT is designed to knock down the hepatic production of the mutant alpha-1 antitrypsin (Z-AAT) protein.

“We’ve had really good data in Phase II, with near complete suppression of hepatic production of AAT, and moved into a Phase III potentially pivotal study. But the reason ARO-AOC3 might make it to the market sooner than ARO-AAT is that AAT may require about two years of drug exposure in the pivotal portion of the study, which will take a bit of time, while ARO-APOC3 endpoints might be more quickly achieved,” Anzalone said.

It too has been well-tolerated with a good safety profile. The therapy appears to almost completely suppress hepatic production of the mutant protein, but they are in the process of acquiring the data to determine how long to turn it off so the liver can heal itself. They should have the data for that this year.

“It’s blinded,” Anzalone said, “so there’s no interim data analysis, but we have an open-label sister study so we will have our first repeat-biopsy study data after six months of drug exposure, this year. So, we’ll have an idea how the liver is responding to our treatment.”

And finally, in providing an overview of the company, Anzalone discussed ARO-ENaC, which hasn’t made it into the clinic yet, but is being developed for cystic fibrosis (CF). The product is designed to decrease production of the epithelial sodium channel alpha subunit (alpha ENaC) in the airways of the lung.

“We think of this as Arrowhead 2.0,” Anzalone said, “the next step for Arrowhead, getting outside the liver. If you can reduce production of alpha ENaC in the lung, you can relieve cystic fibrosis symptoms, regardless of the mutation they’ve got. Everyone should respond well to this, even those responding well to Vertex Pharmaceuticals’ drugs, including the 10% or so that don’t respond to Vertex’s drug. It’s also administered via inhalation, so it’s an exciting program.”

If this program can show proof-of-concept, which the company expects sometime this year, it could open up the way to developing RNAi therapeutics for a variety of other lung-based diseases, such as asthma, COPD, pulmonary fibrosis and others. “We view the lung as a target-rich environment.”

Anzalone said, “We view 2020 as an important year for us. Once we’ve shown what we can do in the liver, we can do in the lung, solid tumors—we expect to start treating patients with renal cell carcinoma in the next month or so—we can go after a variety of different solid tumors, a variety of different targets. That’s a franchise by itself. And by the end of the year we expect to announce a program for skeletomuscular disorders.”