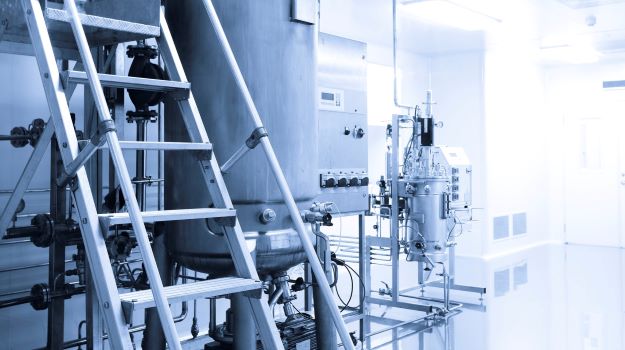 Aria identified lead candidates in each disease application with a “high likelihood” of achieving significant efficacy in Phase II and Phase III clinical trials, according to the company.

The key takeaway is that Aria, an AI-driven organization, is now moving beyond the pre-clinical phase, CEO Andrew Radin told BioSpace Tuesday afternoon.

“Part of what we’re sharing with the world is this is the last pit stop,” he said. “We tend to keep things close to the vest and we want to make sure everyone is aware of our progress.”

Aria secured patents for new chemical entities representing a novel MOA from TXR-711, an investigational treatment for lupus designed to inhibit key signaling pathways. It is expected to result in decreased antibody production and cytokine expression and reduce inflammation.

For idiopathic pulmonary fibrosis, the lead candidate is TXR-1002, which is intended to inhibit myofibroblast proliferation, collagen, TGF-b, fibrosis and inflammation.

TXR-1210, an investigational treatment for CKD, is designed to inhibit pyroptosis and regulate IL-1 activity, renal inflammation and fibrosis. It’s also designed to decrease the release of proinflammatory cytokines and inhibit TGF-b expression.

Aria has a pipeline across 18 disease areas but the company touts its AI platform as having the potential capability to address more than 1,000 diseases.

Through its Symphony AI platform, Aria can reduce the time spent in drug discovery, Radin said. In some cases, this could mean selecting a drug candidate within three or four months.

When approaching a disease, Radin said Aria works from a blank slate. While other companies may have made significant headway in the same disease indication, Aria approaches the disease from the perspective that the underlying pathogenesis is not well understood, he explained. The Symphony technology platform is looking for new hypotheses for diseases and oftentimes arrives at unique conclusions. This serves as a validation of the AI program and a strong predictor of what can be achieved in the clinic, Radin noted.

“By analyzing multiple heterogeneous data types in one process, [Symphony] is proving capable of discovering novel therapies where we have high confidence in their viability as novel treatments,” he noted.

During the development of the drug candidates, Aria has established two new chemical entities for each of the three diseases, the company announced. Each of these six new chemical entities represents a mechanism of action that will be advanced during clinical discoveries. Aria stated it was able to identify novel compounds and file for provisional patents within 12-15 months for each program.

At this time, Radin said he is not predicting which drug candidate will enter the clinic first. He said the science will ultimately serve as the guide for that process.