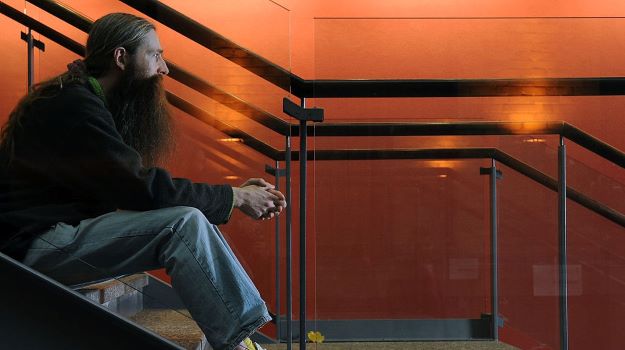 Anti-aging scientist Aubrey de Grey has been accused by two women of predatory behavior, an allegation de Grey denies. According to a tweet published Wednesday by the organization, the gerontologist’s California-based SENS Research Foundation has placed him on administrative leave pending further investigation.

Celine Halioua, founder and Chief Executive Officer for biotech startup company Loyal, which is focused on the development of drugs to prolong dogs’ lifespans, wrote in a blog post on Wednesday that de Grey previously made inappropriate comments to her during her time as an intern at SENS back in 2016.

In the blog post, titled ‘Aubrey de Gray is a sexual predator,’ Halioua says SENS provided funding to much of her undergraduate and graduate research work and “paraded” her in front of the organization’s donors.

Halioua further claims de Grey once told her at a dinner that she was a “glorious woman,” adding “that as a glorious woman I had a responsibility to have sex” with the SENS donors. “I left that dinner sobbing,” she wrote. “It has taken me years to shake the deep-seated belief that I only got to where I am due to older men wanting to have sex with me.”

According to Halioua, another executive at SENS harassed her “so severely that I eventually dropped out of my Ph.D. to escape him.” She continued that she found out later the unnamed executive had previous victims, knowledge which SENS allegedly possessed yet “knowingly sent” Halioua “to work underneath him.”

Halioua further stated that de Grey’s “early aging work was foundational, but his continued involvement in the field is toxic.”

In a separate blog post published on Tuesday, Laura Deming, the founder of the Longevity Fund, claimed de Grey divulged to her in an email when she was 17 that he experienced an “adventurous love life.” Deming claims to have known de Grey since she was 14. “Stuff like that happened sometimes, and I wrote it off as a mistake - something that might be my fault for trying to work in an industry when I was younger than average or because I had mentioned concerns about mentors doing stuff like that in a previous email,” she wrote.

A post published by de Grey on his Facebook account on Wednesday adamantly denies the claims against him: “I have, in the past few hours, been made aware of blog posts by Laura Deming and Celine Halioua that make extremely serious accusations against both me and SENS Research Foundation,” he wrote. “Unsurprisingly, I deny these allegations.”

de Grey went on to say he believes the two accusers “have been deceived into the view that I have done many things that I have in fact not done.” He suggests Halioua and Deming have been “set up” by unnamed individuals. de grey also states the dinner referenced by Halioua “accuses me of saying certain things that I utterly deny ever saying and that she implies I said when she was drunk” and that “most of her accusations concerning that dinner appear to be of other people, not of me.”

In his post, he states that if other accusers come forward with supporting evidence, then he would “step aside a great deal faster than Cuomo just did.” Comments made by fans and connections underneath the Facebook post seem to be largely supportive of de Grey.

While de Grey admits to sending the email to Deming and expresses his regret for doing so, he denies the claims made by Halioua. In a tweet posted on Wednesday, Halioua stated de Grey’s admission to Deming’s allegations led to SENS placing him on administrative leave. Halioua also claims several speaking arrangements featuring de Grey have been cancelled, but this claim hasn’t yet been confirmed.