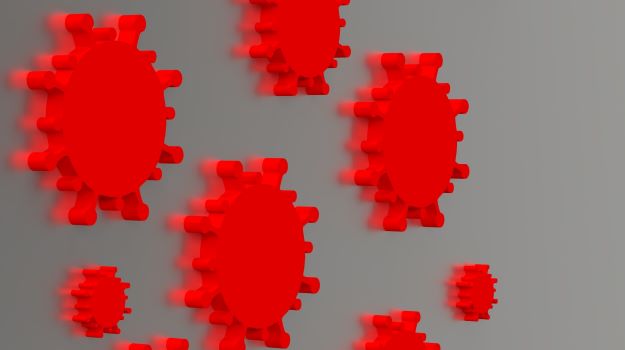 As the world struggles to get the COVID-19 pandemic under control, the virus continues to mutate, particularly in unvaccinated populations. A new variant, C.1.2., which was first detected in South Africa in May, is causing public health experts worldwide to keep an eye out for its presence as it seems to be more infectious and even more resistant to vaccines than other variants.

So far, C.1.2. has been identified in South Africa, the Democratic Republic of the Congo, Mauritius, China, New Zealand, England, Switzerland and Portugal. It seems to have an unusually high mutation rate and more mutations than other variants of concern (VOCs) or variants of interest (VOIs).

Researchers at South Africa’s National Institute for Communicable Diseases and the KwaZulu-Natal Research Innovation and Sequencing Platform found C.1.2 has a mutation rate of about 41.8 mutations per year, nearly double the current global mutation rate observed in other VOCs.

In the report, published in Nature, the investigators stated, “We describe and characterize a newly identified SARS-CoV-2 lineage with several spike mutations that is likely to have emerged in a major metropolitan area in South Africa after the first wave of the epidemic, and then to have spread to multiple locations within two neighboring provinces.”

They further say that the lineage has expanded quickly and become dominant in three provinces. “Although the full import of the mutations is not yet clear, the genomic and epidemiological data suggest that this variant has a selective advantage – from increased transmissibility, immune escape or both.”

Earlier in August, Public Health England reported that the C.1.2. variant was one of 10 variants they were monitoring in the UK.

One of the authors of the study stated, “Compared to C.1., the new variant has ‘mutated substantially’ and is more mutations away from the original virus detected in Wuhan than any other Variant of Concern (VOC) or VOI detected so far worldwide.”

Another South African strain, B.1.351, was reported in April that potentially could “breakthrough” the Pfizer-BioNTech vaccine. In a study of 400 people who tested positive for COVID-19 after receiving one of two doses of the Pfizer-BioNTech vaccine and 400 who tested positive with no vaccine, the B.1.351 variant was eight times more common in people who had two doses than none.

Another variant has been observed in Britain, B.1.621, which also has public health officials tracking. They believe it originated in Colombia but say there is no evidence that it is deadlier than Delta, accounting for 99% of cases in the UK. There is also no evidence that it neutralizes vaccine effectiveness.

But a UK study did find that the Delta variant is more than twice as likely — 2.26 times — to result in hospitalizations than other variants. This appears to be associated with the speed at which the Delta variant replicates, causing much higher viral loads in a shorter time.

“Our analysis highlights that in the absence of vaccination, any Delta outbreaks will impose a greater burden on healthcare than an Alpha epidemic,” said Anne Presanis, a senior statistician at Cambridge University. “Getting fully vaccinated is crucial for reducing an individual’s risk of symptomatic infection with Delta in the first place and, importantly, of reducing a Delta patient’s risk of severe illness and hospital admission.”

Israel recently classified a sub-lineage of the Delta variant, called AY.12. It is one of several sub-lineages dubbed “Delta Plus.” It’s not clear currently if it is more threatening than the original Delta strain. At this time, Delta is still the dominant strain and most dangerous.

The best way to slow further mutations and control the current strains of COVID-19 is to get vaccinated and continue to practice social distancing and masking, as appropriate.