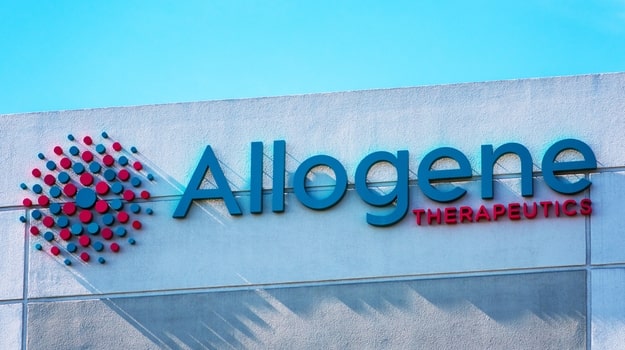 Allogene Therapeutics' French partner Servier has withdrawn all involvement in the development of Allogene’s anti-CD19 products, Allogene announced in an SEC filing.

Servier’s exit will allow the California biotech to license its CD19 products outside the United States, which could yield milestones of up to $45 million. However, if it exercises this ex-U.S. option, Allogene will forfeit its right to recover 40% of the total CD19 development costs from Servier. Allogene stocks dipped nearly 14% after the news.

None of the existing U.S. licenses will be affected by Servier’s exit.

The French pharma has also requested that Allogene license out its anti-CD19 products outside the U.S. “within a limited timeframe,” according to the SEC filing. While Allogene is not beholden to comply, doing otherwise would leave the company over-dependent on Servier’s compliance with the existing agreement between the two companies.

“Any failure of Servier to fulfill its obligations may be harmful to us,” stated Allogene in its SEC filing. If that occurs, the company may be forced to seek legal recourse, which will only compound its costs and take away management time.

“Servier’s discontinuation and any subsequent actions may further strain the relationship between Servier and Cellectis, as well as between us and Cellectis,” the document read. “Any failure to resolve Cellectis challenges could have a significant adverse impact on our business, financial condition and prospects.”

The withdrawal of Servier will primarily affect three of Allogene’s candidates.

This includes two of its most advanced assets, ALLO-501 and ALLO-501A, both CAR T treatments being investigated for relapsed or refractory non-Hodgkin lymphoma. UCART19, the third affected product, is being tested in combination with ALLO-501 and ALLO-501A. All three use Cellectis’ technology.

In its second-quarter financial results posted in August, Allogene reported it was looking at initiating a Phase II pivotal clinical trial for ALLO-501A in relapsed or refractory large B cell lymphoma, pending the FDA’s approval. The regulatory body granted the candidate the Regenerative Medicine Advanced Therapy designation in June based on its potential to address a large unmet need in this patient population.