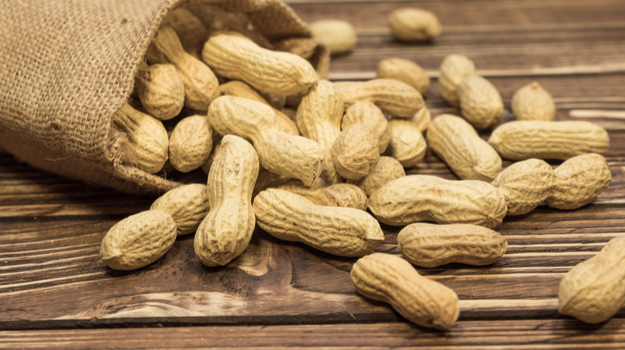 The committee voted 7 to 2 in support of Palforzia’s efficacy and 8 to 1 in support of its safety. While the FDA does not have to abide by the recommendation of its advisory panels, it typically does so, which will set Palforzia up as the first peanut allergy treatment in the U.S. Aimmune’s Palforzia is a complex, biologic oral immunotherapy candidate designed to reduce the incidence and severity of allergic reactions, including anaphylaxis, after accidental exposure to peanuts.

Phase III data showed Aimmune’s peanut allergy therapy was effective in more than 67% of juvenile patients. Aimmune said 67.2% of juveniles ages four to 17 who were administered AR101 in the Palisade trial could tolerate exposure of at least a 600-mg dose of peanut protein in the exit food challenge. Only 4% of patients on the placebo could tolerate that amount, the company said when the data was announced. It was that data that supported Aimmune’s Biologics License Application. The FDA is set to make a decision on Palforzia in early 2020. In June 2015, Aimmune won Breakthrough Therapy Designation status from the U.S. Food and Drug Administration (FDA) for Palforzia.

While it is estimated that more than 1.6 million children and teens in the United States have a peanut allergy of some kind, some issues have arisen that question how effective the treatment will be if it is approved by the FDA. An analyst with GlobalData raised questions over how many patients the peanut allergy treatment will actually be able to use the therapeutic product. In her note, Joachim said the therapy will likely be used by about 60% of peanut allergy patients. Citing conversations the company had with “key opinion leaders” and community allergists, Rose Joachim, an immunology analyst at GlobalData, said many of the younger patients who may benefit from the treatment may be too immature to comply with the safety requirements. And, Joachim also questioned the benefit the medication will have on patients with severe peanut allergies.

Additionally, physicians interviewed by GlobalData noted that many patients would turn down the therapy because they are reluctant to invest the time, unwilling to cope with side effects, or simply too fearful, Joachim noted in her note.

“Although GlobalData expects Palforzia will be the first FDA-approved therapy for peanut allergy, it is unlikely the therapy will be a good choice for all patients,” she said, adding that the overwhelming support given to Palforzia by the advisory committee “highlights just how extreme the level of unmet need has become within the peanut allergy space.”

In her note, Joachim estimated that by 2027, 65% of U.S. patients with a peanut allergy under the age of 18 will be receiving allergen immunotherapy. That number includes nearly three-fourths of children under the age of 12 and a little more than a third of adolescents ages 12-17.

As part of Aimmune’s original Biologics License Application submission, the company proposed a number of risk management measures in line with the advisory committee discussion which include the requirement that the initial dose escalation and first dose of each dose-escalation level be administered in a facility equipped to treat systemic allergic reactions. It will also require documentation that patients have a prescription for injectable epinephrine prior to initiation of Palforzia treatment. Consistent with immunotherapies indicated to treat allergic conditions, Aimmune also proposed a Black Box warning within the product labeling in the original BLA submission, the company said.

In August, rival peanut allergy developer DBV Technologies resubmitted its BLA to the FDA for its Viaskin Peanut treatment, its non-invasive allergy patch. DBV initially submitted a BLA for Viaskin Peanut last year, but withdrew the application in December after the FDA requested more data regarding manufacturing procedures and quality controls.