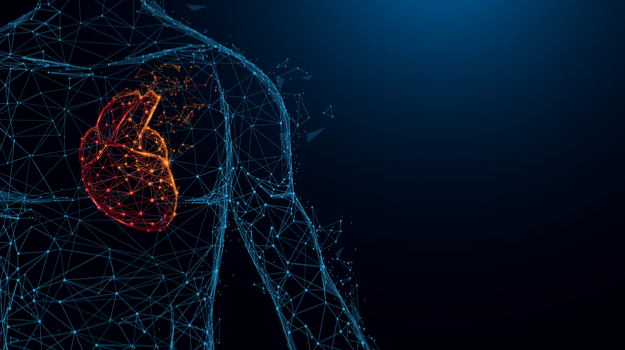 Early detection of cardiovascular disease is becoming possible due to research from Giovanna Guidoboni, Marjorie Skubic and a team at the University of Missouri. While the dominant method for measuring the heart's electrical activity is the contact approach of the electrocardiogram, the ballistocardiogram’s non-contact approach is a feature of Skubic and Guidoboni's research.

The team is "currently working to develop a standardized model to interpret the results of a ballistocardiogram that could provide an additional approach for early detection of various cardiovascular diseases. Ten years ago, Skubic’s team developed hydraulic sensors that can be placed under a bed mattress to measure a person’s heart rate and respiration rate. They noticed the waveforms were changing over time as people aged, indicating there was additional information coming from those measurements that could be used for tracking health changes," quotes a recent story published in the University of Missouri News Bureau.

In a Biospace interview, Skubic discussed her earlier discoveries and how they relate to her ongoing research today. “This is all part of that ongoing work that we’ve been doing. The hydraulic bed sensor is a water-filled tube with a pressure sensor at the end of it. It’s sensitive, capturing everything about respiration and heart rate while remaining completely non-contact and non-invasive.”

Guidoboni's addition to the team attributed mathematical expertise, applying the data and historical information from Skubic's years of research to “create a standardized, mathematical model to interpret BCG results in terms of potential heart health changes,” states another University of Missouri News Bureau article. Guidoboni described the potential impact of the model, quoting that “right now, only five percent of the information in the ballistocardiogram is used, but if we can standardize the results, we can provide a map for understanding the underlying causes behind the real physiological motion of our bodies. This could help in early detection and prevention of cardiovascular diseases such as heart disease.”

But how does a ballistocardiogram work? Skubic has answers. “This relates to work done by Isaac Starr in the 1930s,” a doctor and researcher most notable for developing the very first functional ballistocardiograph. “This kind of research has been revived and continued due to the realization that heart rate and respiration effects can be captured non-invasively. A number of sensors have come out on the market over the years, and every single one is able to rely on this ability to measure the blood flowing through the body non-invasively.”

“The thing that’s particularly unique about our work,” she continues, “is that now, we have this closed-loop model of the cardiovascular system. Blood is flowing through your body, and it recirculates. We’re able to reproduce the signal that you get from a ballistocardiogram measurement. As a result of that, we can look at the morphology of the waveform, such as the multiple peaks and valleys. In the same way that a cardio specialist can look at an EKG signal and see how it’s functioning, capturing the electroelasticity of the heart and seeing abnormalities, a ballistocardiogram can capture the mechanics of blood flowing through the body. We can make adjustments that reflect various changes, such as the stiffening of the artery, reduced blood flow, or some reduced volume. We can see the effect of the multi-waveform on the ballistocardiogram.”

Skubic and Guidoboni are working to make this connection in order to impact the quality of life for people aging in their homes. “We’ve had these sensors in people’s homes for years, and have now gathered years of data on that waveform. We know that it changes over time, but haven’t yet been able to see what that waveform means physiologically. That’s what we’re trying to find out.”

Though this doesn’t mean that cardiovascular disease can be prevented, it certainly can be detected early. “I am hopeful that we will be able to detect very early signs of health changes, including changes of cardiovascular disease, so that people can get very early information. We’re trying to detect heart failure, such as the stiffening of the arteries. We might be able to recognize when people have blocked arteries. This part is a little premature at this point, but it looks really promising because the waveform that we’re getting out of this model is very consistent with the actual measurement of this model. And we’re modeling the various devices to see if we can translate them back to this physiological model. There are different types of tools being developed, and they produce different types of signals. We need to convert it back to something more standardized so that we can interpret physiologically what’s going on. We have several cases of people we’ve tracked over long periods of time, encompassing several cases with different sets of data, including heart failure.”

Why the field of cardiovascular health? Skubic’s heart is in the right place. “Well, this is part of a continuation of a long line we’ve been working on for 15 years or so to detect health changes, especially in older adults. Health changes related to loss of function and loss of independence can be detected early, and our research contributes to keeping them in better health and better functionality with better overall quality of life. The cardiovascular field is just the start of that.”