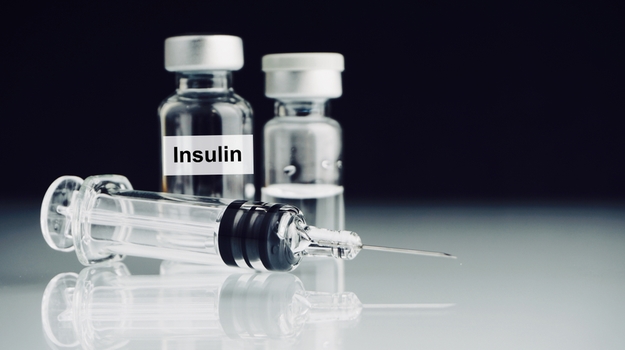 For the 37.3 million Americans who have diabetes, insulin has become increasingly expensive. A cost analysis released by Health Care Cost Institute showed the price of insulin doubled between 2012 and 2016, and the U.S. diabetic drug market is expected to soar to over $35 billion by 2026.

With these sky-high prices, it’s no wonder that 25% of people in the United States who need insulin struggle to afford it. And outside of the U.S., half of the global diabetic population can’t afford the lifesaving hormone.

One reason insulin is so expensive is that the vast majority of it is produced by three companies. Novo Nordisk, Sanofi and Eli Lilly produce around 90% of the tightly controlled market, according to a World Health Organization report.

But some companies are working to change that narrative. Here are four organizations dedicated to making insulin more accessible, affordable and easy to produce.

In February 2020, rBIO formally launched with a mission to employ in-house developed cell lines for the manufacture of synthetically derived pharmaceutical compounds. By genetically reprogramming microbes, or “bugs,” the company created novel microorganisms.

Although recombinant biology as a field of study is not a new concept, rBIO's optimized and scalable manufacturing processes are. By using advances in synthetic biology technology, the company's platform alters the microbes to over-express certain peptides and proteins, and its leadership has determined that leading with insulin manufacturing is the first step.

rBIO’s initial objective is to manufacture insulin with increased efficiency and capacity while keeping manufacturing costs low. Now that the company has perfected its processes at bench scale (in a laboratory environment), it has turned its collective resources to transition to pilot scale, and ultimately to industrial manufacturing levels.

Once rBIO is manufacturing at capacity, it plans to sell the insulin wholesale. The company hopes this market approach will result in a trickle-down effect, lowering the price of human insulin to patients through societal and governmental pressure on big pharma companies.

According to published regulatory guidance, rBIO will only require an analysis of its human insulin product and a brief clinical study demonstrating biosimilar interchangeability to receive approval of a private label product from the U.S. Food and Drug Administration - something that, until 2020, would have been extremely difficult.

In March 2020, the FDA approved glargine, a slow-acting insulin, as a biologic, not as a drug. This landmark decision was a game-changer for the industry, as previously, insulin was classified as a drug.

The FDA didn’t create an approval process for generic biosimilars until 2010, and even then, because most big brands had FDA approvals for insulin under a drug categorization, there was little competition. The regulator's March 2020 decision opened the door for companies such as rBIO to manufacture biosimilars, like insulin, at prices substantially lower than major pharmaceutical companies.

In an interview with BioSpace, rBIO Chief Product Officer Jonas Moses, Ph.D., explained how the company is revolutionizing the insulin-making process to make it more efficient, and therefore more affordable while bringing manufacturing back to the US. 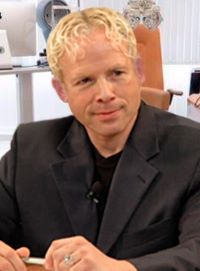 “Globally, most insulin producers use recombinant DNA techniques that really haven’t changed much since the ‘80s,” he said. “Our co-founders were determined to create novel life by programming genetic material in much the same way as software engineers write computer code. The resulting synthetic cell lines do not exist in nature and have proven remarkably plastic in their ability to produce various peptides and proteins."

Using insulin as a model moving forward, rBIO has a multi-stage rollout strategy: proving models for other peptides and proteins of interest, perfecting industrial-scale manufacturing processes and introducing contract manufacturing of these biological molecules.

Civica, a nonprofit generic pharmaceutical company launched in 2018, focuses on making generic versions of medications that experience shortages or that are artificially expensive.

The company partners with hospitals and healthcare systems to prioritize the production of generic drugs. The collaborations mean that supply is predictable because Civica is tied so closely to the hospital systems’ needs.

In March, Civica announced plans to make versions of three types of insulin more affordable by 2024. The three insulins will be generic versions of glargine, lispro and aspart, which will be interchangeable with Sanofi’s Lantus, Eli Lilly’s Humalog and Novo Nordisk’s Novolog.

Each will be available in both pen and vial forms, and all will be sold at a single, low, transparent price. The company said the costs to consumers would be capped at $30 per vial and $55 for a five-pen cartridge box - an average savings of 90% compared to what patients are currently paying in the U.S.

In a previous interview with BioSpace, Civica President and CEO Martin VanTrieste said the company is working to “bring quality, low-cost insulin to the marketplace that will be available and affordable to all Americans.

“We want to disrupt and transform the current supply chain of insulin so we can eliminate those high prices,” VanTrieste said. “As a nonprofit pharmaceutical company, and with our distribution model, we have tools available to us that a for-profit company doesn't have.”

The Open Insulin Foundation is built on an open-source hardware concept. When insulin production models are freely available, local, small-scale manufacturing can make insulin both more affordable and more accessible.

In addition to making the equipment and manufacturing process cheaper, the Open Insulin Foundation also wants to make regulatory pathways more affordable. The Foundation manufactures lispro and glargine, both of which qualify as generic biosimilars under the FDA’s 351(k) Biologics License Application. The Open Insulin Project seeks to make these approval pathways more affordable without compromising on the FDA’s regulatory standards for high-quality insulins.

In 2021, pharmaceutical giant Eli Lilly reported that revenue from Humalog decreased to the tune of 7% globally and 11% in the U.S. alone.

Lilly acknowledged in the report that it expected this price decline to continue. Perhaps the company even sensed that the government was likely going to start taking legislative action against insulin’s high prices if something didn’t change, so in March 2019, Lilly preempted the market and announced plans to sell an authorized generic version of Humalog called Insulin Lispro at 50% off normal Humalog prices.

Two months later, Lilly shared that the new generic was available in both vial and injection forms. Even at 50% off, the product was still pricey, costing $265.20 for a package of five pens and $137.35 per vial. However, the company said that most patients pay $95 or less per month for their medication, and of those, 43% pay nothing at retail.

“There are clearly patients who, despite many best efforts, are struggling to afford their insulin,” David Ricks, Lilly’s CEO, told The New York Times. “This is a step we can take to close part of that remaining gap.”