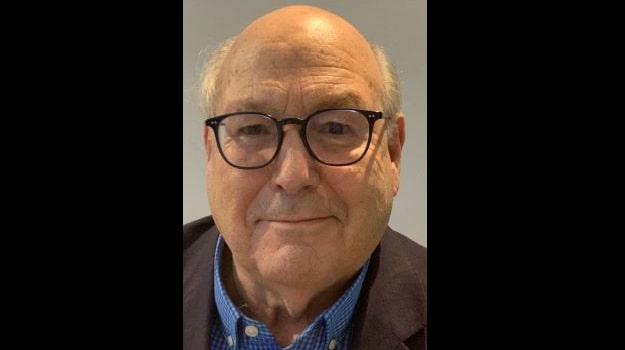 Despite a storied career in drug design that has spanned multiple decades, James Woody believes there is still a significant amount of work left to be accomplished with the development of tumor necrosis factor (TNF) inhibitor biologics.

“I’m excited about developing novel therapies for patients and I’m also excited about just discovering things,” Woody said in an interview with BioSpace ahead of the virtual J.P. Morgan Healthcare Conference.

Woody, who now serves as chief executive officer of 180 Life Sciences, began his career in drug development as the chief scientific officer and head of research and development at Centocor Biotech, now a part of the Johnson & Johnson family.

During his time at Centocor, Woody led the team responsible for developing Remicade, the first of the TNF inhibitor biologics, which has gone on to become a blockbuster drug with sales of $5 billion in 2019.

Woody was also the founding CEO of OncoMed Pharmaceuticals, Inc. and served as president at Roche Bioscience, where he was responsible for all bioscience research and development, ranging from genetics and genomics to clinical development of numerous new pharmaceuticals.

Woody said spaces like RA are “pretty well covered,” but noted there are other areas where this type of medication could benefit millions of people, such as early Dupuytren's contracture, a fibrotic disease of the hand. There are approximately 11 million people in the United States, including Woody’s wife, and a similar number in Europe who are afflicted with this painful condition that can cause the hand to curl up into a claw.

180 Life Sciences is currently assessing its TNF inhibitor in a Phase II/III program. Results from this study are expected in the second half of this year. Obtaining results from the ongoing study have been delayed due to the COVID-19 pandemic, Woody said.

Another space 180 is assessing its anti-TNF program is in frozen shoulder, a condition characterized by stiffness and pain in the shoulder joint. Woody said this is an extremely painful condition due to fibrosis in the shoulder joint. They believe the fibrosis process is similar to what has been seen in early Dupuytren's contracture and will assess the company’s anti-TNF asset during a study expected to begin in the third quarter of this year.

The third area for 180’s anti-TNF program is in post-operative cognitive delirium disorder and dysfunction. This issue arises in older patients who have been under anesthesia for an extended period of time due to some surgical procedures. After the surgery or during the surgery, TNF can be released, which is a cause of dementia, Woody said. The company believes its program can be useful to prevent this condition and will conduct a study using their novel concepts.

In addition to those three areas, Woody said the company is also looking at nonalcoholic steatohepatitis (NASH) as a potential area for its anti-TNF therapy. NASH has been a difficult area for drug developers to crack, but Woody believes his team has found a new approach. Using human tissue from surgeries, 180 Life Sciences’ research team has been examining the pathways of damage in the liver and they believe a release of TNF plays a role in that damage.

“We think we can block that. We definitely need some therapies for NASH, that’s for sure,” Woody said.

180 Life Sciences also has some interesting programs in preclinical development. The company has a program using pharmaceutical-grade oral synthetic cannabidiol analogs to treat pain that is specifically focused on arthritis. Woody expects this asset to enter the clinic next year. 180 Life Sciences also has an α7 Nicotinic Acetylcholine receptor agonist program, which aims to develop α7nAChR agonists for the treatment of inflammatory diseases, initially ulcerative colitis induced after cessation of smoking.

One of the co-developers of Remicade, Sir Marc Feldmann, a pioneer in anti-TNG therapies, is also part of Woody’s team at 180 Life Sciences. Feldmann’s research helped lead to not only the development of Remicade, but it was also licensed by AbbVie to develop Humira, Woody said. Feldmann is intimately involved in the development of two of the three projects being developed by 180 Life Sciences, and is also exploring new uses of anti-TNF and synthetic cannabidiol analogues. Feldmann serves as co-chairman of the company’s board of directors.

Feldmann isn’t the only noted researcher to join with 180 Life Sciences. Lawrence Steinman, a professor of Neurology and Pediatrics at Stanford University, whose research led to the development of multiple sclerosis drug Tysabri, serves as co-chairman of the company’s board of directors.