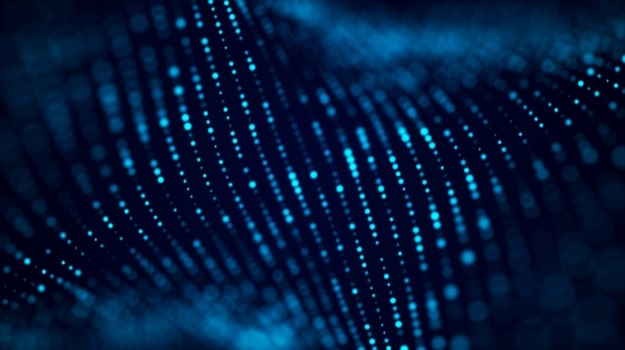 A group of researchers at Oak Ridge National Lab in Tennessee used the Summit supercomputer, the second-fastest in the world, to analyze data on more than 40,000 genes from 17,000 genetic samples related to COVID-19. The analysis took more than a week and analyzed 2.5 billion genetic combinations. And it came up with a new theory, dubbed the bradykinin hypothesis, on how COVID-19 affects the body.

Daniel Jacobson, a computational systems biologist at Oak Ridge, noted that the expression of genes for significant enzymes in the renin-angiotensin system (RAS), which is involved in blood pressure regulation and fluid balance, was abnormal. He then tracked the abnormal RAS in the lung fluid samples to the kinin cascade, which is an inflammatory pathway closely regulated by the RAS.

In the kinin system, bradykinin, which is a key peptide, causes blood vessels to leak, allowing fluid to accumulate in organs and tissue. And in COVID-19 patients, this system was unbalanced. People with the disease had increased gene expression for the bradykinin receptors and for enzymes known as kallikreins that activate the kinin pathway.

Jacobson and his team published the research in the journal eLife. They believe that this research explains many aspects of COVID-19 that were previously not understood, including why there is an abnormal accumulation of fluid in the patients’ lungs.

From the research, SARS-CoV-2 infection typically starts when the virus enters the body via ACE2 receptor in the nose, where they are common. The virus then moves through the body, integrating into cells that also have ACE2, including the intestines, kidneys and heart. This is consistent with some of COVID-19’s cardiac and gastrointestinal symptoms.

But the virus does not appear to stop there. Instead, it takes over the body’s systems, upregulating ACE2 receptors in cells and tissues where they’re not common, including the lungs. Or as Thomas Smith writes in Medium, “COVID-19 is like a burglar who slips in your unlocked second-floor window and starts to ransack your house. Once inside, though, they don’t just take your stuff—they also throw open all your doors and windows so their accomplices can rush in and help pillage more efficiently.”

The final result of all this is what is being called a bradykinin storm. When the virus affects the RAS, the way the body regulates bradykinin runs amuck, bradykinin receptors are resensitized, and the body stops breaking down bradykinin, which is typically degraded by ACE. They believe it is this bradykinin storm that is responsible for many of COVID-19’s deadliest symptoms.

The researchers wrote that “the pathology of COVID-19 is likely the result of Bradykinin Storms rather than cytokine storms,” which have been observed in COVID-19 patients, but that “the two may be intricately linked.”

Another researcher, Frank van de Veerdonk, an infectious disease researcher at the Radboud University Medical Center in Netherlands, had made similar observations in mid-March. In April, he and his research team theorized that a dysregulated bradykinin system was causing leaky blood vessels in the lungs, which was a potential cause of the excess fluid accumulation.

Josef Penninger, director of the Life Sciences Institute at the University of British Columbia in Vancouver, who identified that ACE2 is the essential in vivo receptor for SARS, told The Scientist that he believes bradykinin plays a role in COVID-19. “It does make a lot of sense.” And Jacobson’s study supports the hypothesis, but additional research is needed for confirmation. “Gene expression signatures don’t tell us the whole story. I think it is very important to actually measure the proteins.”

Another aspect of Jacobson’s study is that via another pathway, COVID-19 increases production of hyaluronic acid (HLA) in the lungs. HLA is common in soaps and lotions because it absorbs more than 1,000 times its weight in fluid. Taking into consideration fluid leaking into the lungs and increased HLA, it creates a hydrogel in the lungs of some COVID-19 patients, which Jacobson describes as “like trying to breathe through Jell-O.”

This provides a possible explanation for why ventilators have been less effective in severe COVID-19 than physicians originally expected. “It reaches a point,” Jacobson says, “where regardless of how much oxygen you pump in, it doesn’t matter, because the alveoli in the lungs are filled with this hydrogel. The lungs become like a water balloon.”

The bradykinin hypothesis also explains why about 20% of COVID-19 patients have heart damage, because RAS controls aspects of cardiac contractions and blood pressure. It also supports COVID-19’s neurological effects, such as dizziness, seizures, delirium and stroke, which is seen in as much as 50% of hospitalized patients. French-based research identified leaky blood vessels in the brains of COVID-19 patients. And at high doses, bradykinin can break down the blood-brain barrier.

On the positive side, their research suggests that drugs that target components of RAS are already FDA approved for other diseases and might be effective in treating COVID-19. Some, such as danazol (to treat endometriosis, fibrocystic breast disease, and hereditary angioedema), stanazolol (an anabolic steroid derived from testosterone), and ecallantide (marketed as Kalbitor for hereditary angioedema (HAE) and the prevention of blood loss in cardiothoracic surgery), decrease bradykinin production. Icatibant, also used to treat HAE, and is marketed as Firazyr, decreases bradykinin signaling and could minimize its effects once it’s in the body. Vitamin D may potentially be useful, because it is involved in the RAS system and may reduce levels of REN, another compound involved in the system.

The researchers note that “the testing of any of these pharmaceutical interventions should be done in well-designed clinical trials.”