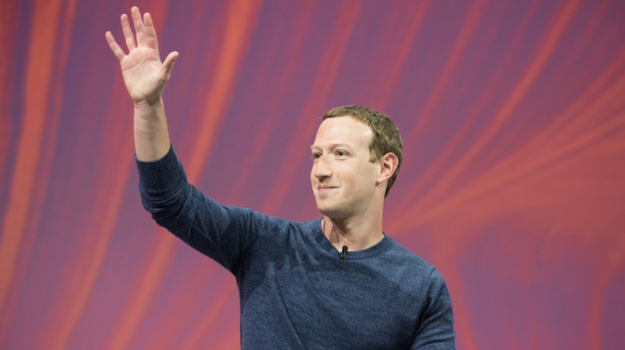 In 2015, Priscilla Chan, a physician, and her husband, Facebook founder and chief executive officer Mark Zuckerberg, created the Chan Zuckerberg Initiative (CZI). CZI’s stated goal was resoundingly ambitious — the couple pledged $3 billion towards basic science research over the next 10 years with the goal of having all diseases be cured, prevented or managed by the end of the century.

The CZI’s first big step in September 2016 was to pledge $600 million in support of the Chan Zuckerberg Biohub, which is an independent research center that will coordinate activities between scientists at University of California, San Francisco (UCSF), University of California, Berkeley (CAL) and Stanford University. In 2017, the closely-aligned Biohub announced its first cohort of engineers, scientists and technologists, representing a commitment of more than $50 million. Each CZ Biohub Investigator receives a five-year appointment and up to $1.5 million in funding.

Another part of the project is CZI’s support of the Human Cell Atlas, a global project to identify and catalog every type of cell in the human body. In August, the first major finding from the Human Cell Atlas was published, the identification of a new type of lung cell, the Foxi1+ pulmonary ionocyte. This discovery is likely to play a significant role in understanding cystic fibrosis.

CNBC recently provided an update and coverage of CZI, noting how directly involved both Chan and Zuckerberg are in the projects. Zuckerberg attends board meetings and meets with participating scientists who describe their work. He takes meetings related to the Human Cell Atlas. Chan stopped practicing medicine last year to head CZI full-time.

“Employees say that when she’s not on the road, she’s working out of the CZI offices and is readily available to answer questions or work through a problem,” CNBC reports. “She typically spends two days in Palo Alto and three days in Redwood City, where the science group is based, and sits out in the open rather than in an office so she can chat with employees.”

A bit part of what CZI is attempting to do is encourage communication and collaboration among researchers and fund complex projects that have far-reaching potential. Marc Malandro, the CZI science team’s vice president of operations, tells CNBC, “What we’re doing here is trying to make multiple big shots on goal, rather than making a single bet on a person or a disease. Those big diseases that are affecting a lot of people have a lot of money into them already, and ours would be incremental to what’s already being spent. So we’re looking to develop a more basic understanding of the pathways in biology to understand how any disease progresses, and that’s how I think we fundamentally advance science.”

And, of course, there’s money. Facebook and Zuckerberg have been under fire the last year for allegations that Russian operatives and the political consultancy Cambridge Analytica used Facebook to manipulate voter behavior, and how user data is shared. But Zuckerberg is using portions of his ownership of the company to invest in CZI. In October, he announced plans to sell up to 75 million shares, at that time valued at more than $12 billion, by March 2019 to fund the project. Because of Facebook’s dual-class share structure, he still retains voting control even as he sells stakes in the company. So far this year he has sold almost 29 million shares, which has invested more than $5.3 billion into CZI.

CZI now has about 250 employees, half from the tech sector. It’s also invested more than $12.5 million in bringing engineering tools to the field of imaging It is funding 10 to 15 imaging researchers for three to five years. It has acquired a research search engine called Meta, to assist scientists in finding relevant research articles. CZI partnered with New York’s Cold Spring Harbor Laboratory to develop its bioRxiv service for biologists to share and search scientific publications.

CZI is also partnering with protocols.io, a company building a repository for life-science researchers to share methods. And last week, it joined an advisory group and provided a $150,000 grant to ASAPbio to bring more transparency to life sciences communication.

In a statement to CNBC, Chan said, “From computational biologists and software engineers working with the larger scientific community on tools for the Human Cell Atlas, to facilitating exciting collaborations between Stanford, Berkeley, and UCSF through our support of the Biohub, we believe that greater collaboration across science and technology is key to giving more people an equal shot at living healthy and prosperous lives. We’re proud to play a role in making that happen.”