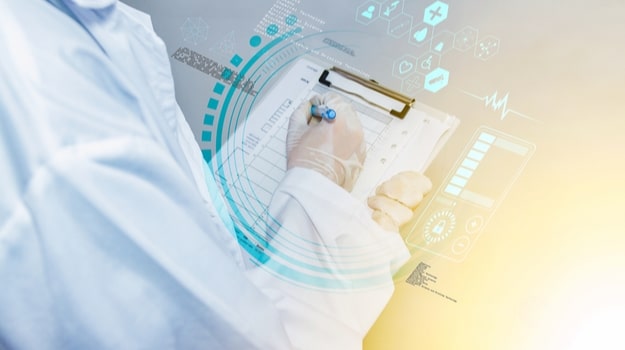 Researchers at the University of Illinois at Chicago published what they are calling a “first of its kind study” that found a possible direct link between neurodegenerative diseases and the herpesvirus. The theory that herpes simplex virus 1 (HSV-1) is associated with neurodegenerative diseases such as Alzheimer’s and amyotrophic lateral sclerosis (ALS) has been around for a while, but the evidence isn’t strong. Herpesviruses naturally infect the central nervous system. This can cause degenerative brain and eye disorders, and encephalitis. But in most people the immune system suppresses the infection during the primary infection before it can damage the CNS. Their research, published in the journal NatureCommunications, suggests that OPTN, a conserved autophagy receptor, selectively targets HSV-1 proteins.

“OPTN stops the virus from growing and it stops it by autophagy — engulfing the virus particles inside tiny vesicles called autophagosomes,” said Tejabhiram Yadavalli, co-author of the study and visiting scholar at UIC’s Department of Ophthalmology and Visual Science. “The autophagy that happens is very selective. That has meaning for other viruses as well.”

The researchers infected mice with ocular HSV-1who had their OPTN genes removed. They found viral growth in the brains of the mice without OPTN to be much higher, killing local neurons and causing death. The study indicated there was an impairment of immune response when there was an OPTN deficiency. The protein is necessary to signal for an increase in proper immune cells at the site of infection. They believe that this constant state of infection in the CNS, and the resultant chronic immune response, may be associated with numerous neurodegenerative disorders.

The Argument Against COVID-19 Booster Shots

A group of virologists and public health experts from around the world, including two outgoing U.S. Food and Drug Administration (FDA) vaccine officials, published a Viewpoint in The Lancet arguing that there was not enough evidence to warrant booster shots of the existing COVID-19 vaccines in the U.S. — Pfizer-BioNTech, Moderna and Johnson & Johnson. They also note that, “Even if boosting were eventually shown to decrease the medium-term risk of serious disease, current vaccine supplies could save more lives if used in previously unvaccinated populations than if used as boosters in vaccinated populations.”

The authors believe that booster shots are appropriate for immunocompromised people, and that it might eventually be necessary for the general population “because of waning immunity to the primary vaccination” or potentially if new variants appear that are even more resistant to vaccines and antibody therapies. The authors write, “Although the efficacy of most vaccines against symptomatic disease is somewhat less for the delta variant than for the alpha variant, there is still high vaccine efficacy against both symptomatic and severe disease due to the delta variant. Current evidence does not, therefore, appear to show a need for boosting in the general population, in which efficacy against severe disease remains high.”

A research study out of Tokyo Medical and Dental University (TMDU) found that the protein HMGB1 is a significant player in both frontotemporal lobar degeneration (FTD) and Alzheimer’s disease, two of the most common types of dementia. FTD is caused by several different gene mutations, so treatments can vary. There are also similarities between FTD and Alzheimer’s. They utilized molecular network analysis to create a picture of which proteins were expressed, and to what extent, in mice that had been genetically modified to mimic Alzheimer’s disease and FTD. They then conducted analysis using a supercomputer to create a dynamic picture of how the brains changed over time. They found that the core protein-protein interaction networks in both were very similar, sharing almost 50% of core nodes. And more analysis of the core protein nodes predicted that signaling through HMGB1 played a key role in both, which was confirmed by the researchers with an antibody to HMGB1, which improved the lab animals’ long-term memory, short-term memory, and spatial memory.

Scientists at the University of Alberta Faculty of Medicine & Dentistry found that a molecule, fractalkine, which was thought to only play a role in the immune system, was able to stimulate neural stem cells into oligodendrocytes. Oligodendrocytes are a cell in the central nervous system and peripheral nervous system that produce myelin, which sheaths nerve cells. Several diseases, most notably multiple sclerosis (MS), are caused by degradation and inflammation of myelin. The researchers are now studying the remyelination capabilities of fractalkine in a mouse model of MS, and hope to investigate further its affect in other diseases of myelin.

Researchers at the University of Houston and Rice University found that amyloid beta peptides, which are common in the brain, undergo intermediate stages as they “dock and lock” to the ends of growing fibrils. Amyloid beta peptides, like most folding proteins, bind in the easiest possible way to other proteins. Amyloid beta peptides, when they attempt to bind to the tips of growing fibrils, do not always align immediately, and keep bumping again and again. When they do align, the fibrils form the sticky plaques found in Alzheimer’s disease and other neurological disorders. In experiments using urea to destabilize the growth of the fibrils, “A weird thing happened,” said Peter Vekilov, chemical and biomolecular engineer at UH. “Urea made the fibrils less stable, which meant the bonds between the molecules in the fibrils became less strong. But it also made them grow faster. This is a very serious contradiction, a violation of the empirical rules of chemistry.”

The urea appeared to destabilize the wrong peptide bonds, which made the fibril grow faster, but also showed the researchers the intermediate “frustrated steps. The big thing is we now have evidence that at the end of the fibril there’s a crown of frustrated, disordered peptide chains trying to dock and lock, and these are druggable targets,” Vekilov said.