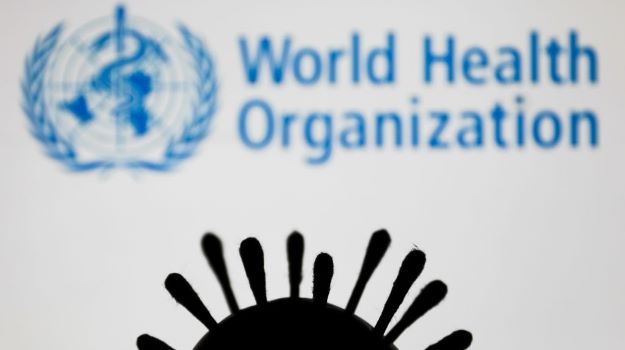 A draft report by the World Health Organization (WHO) indicates that the source of COVID-19 is most likely from wild animals, probably bats. The report was based primarily on a visit by a WHO team of international experts to Wuhan, China from mid-January to mid-February.

The report listed four scenarios in order of likelihood, with the top being from bats through another animal. The study suggested that was likely to very likely. The direct spread from bats to humans was listed as possible and spread through “cold-chain” food product was possible, but not likely. The four scenarios also included the possible leak from a laboratory. The report found this to be “extremely unlikely.”

This is consistent with most scientific reports. Researchers with Scripps Research and other institutions globally published a study in the journal Nature Medicine in March 2020 that analyzed the genome sequence of SARS-CoV-2, and found that the virus originated through natural processes.

There have been a broad number of conspiracy theories about the virus’ origins, including that it was manmade, leaked from the Wuhan National Biosafety Laboratory that is in the area where the pandemic originated.

The report stated, “The three laboratories in Wuhan working with either COVs [coronaviruses] diagnostics and/or COVs isolation and vaccine development all had high quality biosafety level (BSL3 or 4) facilities that were well-managed, with a staff health monitoring programme with no reporting of COVID-1 compatible respiratory illness during the weeks/months prior to December 2019, and no serological evidence of infection in workers through SARS-CoV-2-specific serology-screening.”

Bats are well known to carry coronaviruses, and their immune systems are so effective that the coronaviruses that do survive, tend to be quite contagious and deadly if they make the jump to humans. The WHO report is not a final draft and was obtained by AP from a Geneva-based diplomat from a WHO-member country. The diplomat suggested it was a final version. A second diplomat confirmed receiving the report as well. Both refused to be identified.

Peter Daszack, a member of the WHO team, a British zoologist who studies viral origins in animals and is the president of EcoHealth Alliance, said, “So there was definitely a pathway that takes animals coming into that market from all over China, including the places where the nearest relatives of SARS-CoV-2 have been found in bats.”

The closest known relative of SARS-CoV-2, which causes COVID-19, was previously found in horseshoe bats in China’s southwestern Yunnan province, back in 2013. Similar coronaviruses have also been identified in frozen bat samples in Cambodia and Japan.

Daszak said, “So what we found, I think, is pretty important evidence of a way the virus could have emerged from rural China into a big city like Wuhan and led to an outbreak. And it turns out that at the end of the report, both the China team of experts and the WHO experts all felt this was the most likely pathway that the virus took. We considered this to be very likely, as a way that this virus would have emerged.”

Peter Ben Embarek, the WHO expert who led the Wuhan investigation, told AP the report had been finalized and was being fact-checked and translated. “I expect that in the next few days, that whole process will be completed and we will be able to release it publicly,” he said.

The report is inconclusive on whether the outbreak originated at a Wuhan seafood market. Although that was the site of one of the earliest clusters, other earlier cases suggest it might have begun somewhere else.

“No firm conclusion therefore about the role of the Huanan market in the origin of the outbreak, or how the infection was introduced into the market, can currently be drawn,” the report said.

The market was suspected earlier because a range of wild animals, including bamboo rats, deer and live crocodiles, were sold at the market. There were earlier reports of finding the virus on packages of frozen food, but the study believes that was a much lower risk of spreading the disease.

U.S. Secretary of State Antony Blinken told CNN, “We’ve got real concerns about the methodology and the process that went into that report, including the fact that the government in Beijing apparently helped to write it.”

China’s Foreign Ministry spokesperson Zhao Lijian pushed back, saying, “The U.S. has been speaking out on the report. By doing this, isn’t the U.S. trying to exert political pressure on the members of the WHO expert group?”

Daszak indicated the report will include “multiple hundred pages, with lots of data, lots of new facts and information.”

The report and the WHO investigation itself has been criticized. Some researchers and governments question the independence of the research, while the Chinese government has accused Washington and other governments of “politicizing” the origin of the virus.

The report also indicates that this study is just the beginning. A primary recommendation at the end of the report is for investigators to visit the farms and interview the owners, their relatives and test individuals to try and find evidence on whether they were infected with COVID-19 earlier than those that first appeared in Wuhan. They would then attempt to track the animals the farms supplied.