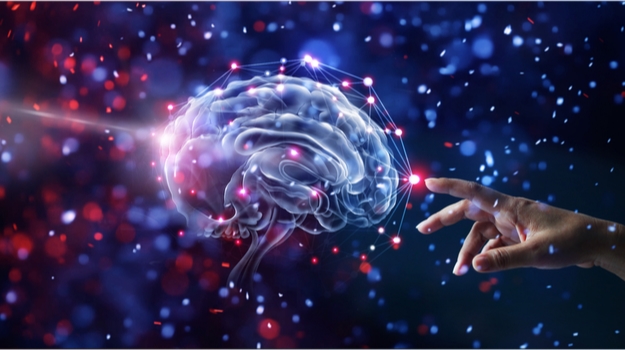 “The gains in knowledge amassed by neuroscientists over the past few decades can now be brought to the next level with supercomputers, electronic brain-computer interfaces, nanotechnology, robotics, and powerful imaging tools,” said Sanford I. “Sandy” Weill, chairman of the Weill Family Foundation. “The Neurohub will seize this opportunity by building bridges between people with diverse talents and training and bringing them together in a common cause: discovering new treatments to help the millions of patients with such conditions as Alzheimer’s disease and mental illness.”

In addition to academic investment, the Neurohub will leverage the expertise and resources of the 17 National Laboratories managed by the U.S. Department of Energy (DOE). The DOE and the Weill Family Foundation signed a Memorandum of Understanding in August 2019 to create a new public-private partnership.

That partnership is studying the use of the DOE’s artificial intelligence (AI) and supercomputing capabilities with the Bay Area universities and the private sector, to further research into traumatic brain injury (TBI) and neurodegenerative diseases.

Secretary of Energy Rick Perry, who is leaving the position by the end of the year, led the creation of an AI and Technology Officer during his tenure at DOE. “We are on the cusp of great discoveries that could transform our approach to TBI, Alzheimer’s disease, and other neurological and psychiatric disorders,” Perry said, “and easing access to the world-class computational power of our National Laboratories to initiatives like the Weill Neurohub is a win-win for science and the public sector—and, eventually, for patients.”

The Neurohub will offer funding for faculty, postdoctoral fellows, and graduate students at the UW, Berkeley, and UCSF, including funding for “high-risk/high-reward” research that is less likely to find funding through conventional sources. However, the majority of the funding will support “highly novel cross-institutional projects built on one or more of four scientific ‘pillars’ that Weill Neurohub leaders have deemed priority areas.”

Those four pillars are imaging, engineering, genomics and molecular therapeutics, and computation and data analytics.

The UCSF Weill Institute for Neurosciences was established in 2016 with a $185 million gift from the Weill Family Foundation and Joan and Sandy Weill. Their funding of neurosciences now exceeds $300 million.

“The UCSF Weill Institute set out to break down walls between the clinical disciplines of neurology, neurosurgery, and psychiatry, and also bring these clinical specialties together with the basic neurosciences,” said Stephen Hauser, the Robert A. Fishman Distinguished Professor of Neurology and Weill Institute director. “Now, with the Weill Neurohub, we’re going even further: eliminating institutional boundaries between three great public research universities, and also other disciplinary walls between ‘traditional’ neuroscience and ‘non-traditional’ approaches to understanding the brain. By embracing engineering, data analysis, and imaging science at this dramatically higher level—areas in which both Berkeley and the UW are among the best in the world—neuroscientists on all three campuses will gain crucial tools and insights that will bring us closer to our shared goal of reducing suffering from brain diseases.”

Hauser and Berkeley’s Ehud “Udi” Isacoff, the Evan Rauch Chair of Neuroscience, will be co-director of the new Weill Neurohub. They will be joined on the Weill Neurohub’s Leadership Committee by Tom Daniel, the Joan and Richard Komen Endowed Chair and professor of biology at the UW.