Be Biopharma, AavantiBio Launch With Millions in Financing to Support Therapeutic Goals 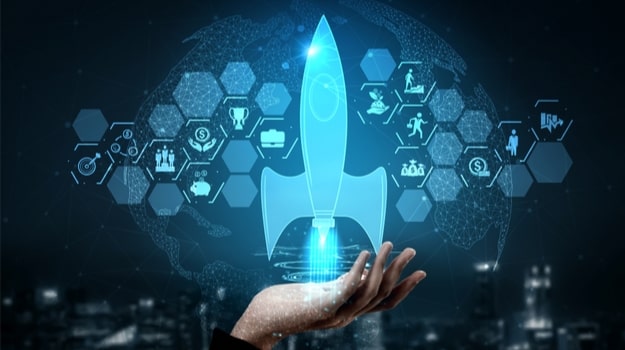 It’s a day of firsts, with the launch of two new Cambridge, Mass.-based life sciences companies, Be Biopharma, with a focus on B cell malignancies, and AavantiBio, a gene therapy company aimed at treating rare genetic diseases.

AavantiBio launched with a $107 million Series A financing round, which includes not only a $15 million equity investment from Sarepta Therapeutics, but also an experienced executive in Alexander “Bo” Cumbo to helm the startup. The company’s lead asset is a gene therapy treatment for Friedreich’s Ataxia (FA), a rare inherited genetic disease that causes cardiac and central nervous system dysfunction.

AavantiBio’s gene therapy builds on the work of its co-founders, renowned gene therapy researchers Barry Byrne and Manuela Corti, who have researched FA and other genetic disorders. In addition to the foundational work of Byrne and Corti, the startup will also benefit from strategic partnerships with the University of Florida’s renowned Powell Gene Therapy Center and the MDA Care Center at UF Health where Byrne and Corti maintain their research and clinical practices.

Cumbo, who spent eight years at Sarepta as chief commercial officer, will serve as the first chief executive officer of AavantiBio. He said his time at Sarepta has been incredibly rewarding as that company emerged as a pioneer in treating Duchenne muscular dystrophy and limb-girdle muscular dystrophy patients and ultimately transformed into a “genetic medicine leader.”

“It has been a privilege to contribute to this growth and play a role in serving these communities. As I look ahead to the bright future of AavantiBio and the exciting opportunity to lead this innovative company, this same dedication to serving unmet patient needs and to leveraging deep scientific expertise will be core to our mission. I am also thrilled to continue to collaborate with the talented team at Sarepta,” said Cumbo, who will continue to serve as an adviser to Sarepta through the end of 2020.

Sarepta CEO Doug Ingram praised Cumbo’s work over the past eight years and said he built a “first-in-class rare disease commercial organization.” As a partner with AavantiBio, Ingram said he looks forward to a continued relationship with Cumbo and AavantiBio’s efforts to advance therapies for FA and other rare diseases.

In addition to Sarepta, AavantiBio’s Series A was supported by Perceptive Advisors, Bain Capital Life Sciences and RA Capital Management.

Be Biopharma launched with a $52 million Series A financing round. The company will use the funds to engineer B cells to treat a range of diseases. B cells are prolific protein producers that can be collected from peripheral blood, have a programmable lifetime that could last decades, can target specific tissues, and have broad, customizable functionality.

The company intends to build on the work of co-founders David Rawlings and Richard James conducted at Seattle Children’s Research Institute. Rawlings said the goal is to build new class of engineered B cell medicines that will provide direct control over the power of humoral immunity and transform the prognosis for patients who currently have limited treatment options.

Be Biopharma is helmed by David Steinberg, a co-founder of the company and a partner at Longwood Fund, one of the supporters of the Series A.

“Be Bio is capitalizing on the unique attributes of B cells to create a new category of medicine that is distinct from traditional cell or gene therapy. B cells can be engineered to express a wide variety of proteins, have the potential to generate durable responses, and can be dose-titrated and administered multiple times without the need for toxic preconditioning,” Steinberg said in a statement. “Moreover, the varied functions of B cells suggest that B cell medicines can address a range of conditions including autoimmune diseases, cancer, and monogenic disorders, as well as enhance the immune response to infectious pathogens. We believe Be Bio is at the forefront of a new approach to fighting disease.”

In addition to Longwood Fund, the Series A financing round was supported by investment leaders Atlas Venture and RA Capital Management. Alta Partners and Takeda Ventures also supported the financing round.