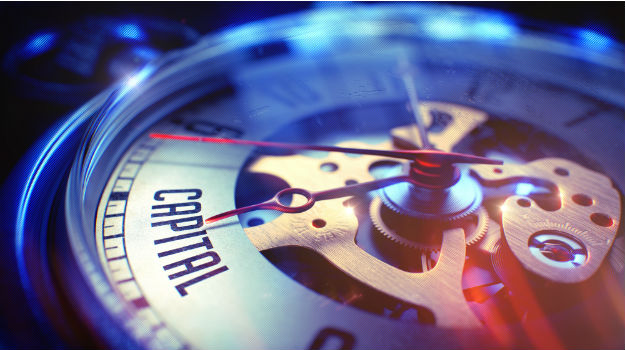 It’s not really new that pharmaceutical companies and venture capital firms look to small biotech companies and startups for innovation. What does appear new is the amount of money and resources they’re putting into funding and nurturing them.

According to HBM Partners, a healthcare investing firm, out of the drugs approved over the last five years, 63 percent originated at smaller companies. It’s not that big pharma companies aren’t innovative, but they’re often less nimble. Many biotech startups are founded based on new discoveries in academia, formed by a mix of venture capital experts—and money—experienced scientists and executives. In many—possibly even a majority—the goal isn’t to grow the company into being a fully integrated biopharmaceutical company, but to take their discoveries to a proof-of-concept or early-stage clinical development, then partner with or be acquired by a larger biopharmaceutical company that can fund the more expensive and large late-stage studies through commercialization.

Big drug companies are increasingly getting into the funding earlier, investing in the startups themselves, not just waiting for proof-of-concept. Examples include Novo Holdings’ Repair Impact Fund. Repair, in this case, stands for “Replenishing and Enabling the Pipeline for Anti-Infective Resistance.” This fund plans to invest $20 to $40 million in U.S. and European start-ups and early-stage companies that focus on developing new antibiotics, an underserved area of medicine.

CNBC notes, “Despite growing recognition of this threat [antibiotic resistant bacteria], there is an early stage funding gap for new treatments. To date, Big Pharma companies have not successfully developed a new generation of antibiotics, although last year they set up AMR Industry Alliance, a coalition to monitor the industry’s progress in this field.”

Another example is Johnson & Johnson, which invests $10 billion to $12 billion of its money into its own R&D efforts, but also invests $250 to $300 million each year in seed investments. It also has developed a network of incubators called JLABS that offer shared workspace and laboratory spaces with local scientists and entrepreneurs. These were launched in 2012, and there are currently eight of them, with two more expected, one in New York in June and next year one in Shanghai. There are JLABS in San Francisco, Boston, San Diego, Houston, Toronto and Beerse, Belgium.

“Every start-up in the JLABS workspace gets a J&J mentor that helps them focus on ideas that have potential,” Melinda Richter, global head of J&J Innovation JLABS, told CNBC. The companies utilizing JLABS have access to the company’s business service team, provides advice and assistance on regulatory and permitting issues, and where to go to get funds. “The idea is to catalyze great ideas and build business around them. There is magic in tapping the black box of entrepreneurs located anywhere around the world.”

Paris-based Sanofi, on the other hand, operates Sanofi-Sunrise, which invests in seed ideas or co-invests with VC firms on interesting new technology. A group of Sanofi scientists that have connections with VCs and academic networks collaborates with scientists outside the company. “The idea is to access science early and co-create a company that we can later invest in and partner with,” said Kathy Bowdish, Sanofi’s vice president of global R&D, to CNBC. “It helps us bring in new products in Sanofi’s pipeline. The benefit for entrepreneurs is that they get to work with our senior scientists and scale up production quickly. We often invest and license their technology as well.”

Often these investments and support include stronger equity investments in the companies they invest in. They plant seeds, but also take a bigger percentage of any crop that’s harvest.