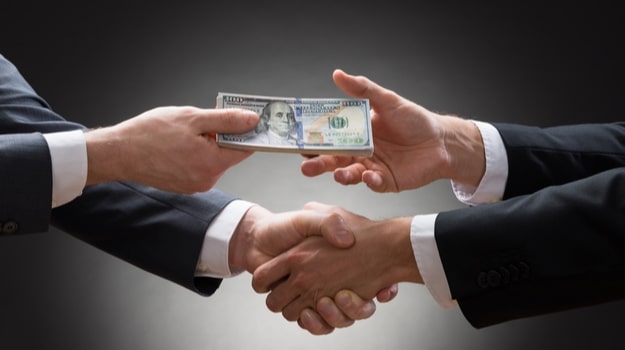 The financing was co-led by OrbiMed and Third Rock Ventures. With the funds, Terremoto plans to advance its lysine-targeted covalency platform and create therapies for previously untreatable diseases.

“Terremoto is redefining what was once thought of as scientifically impossible with our well-defined platform approach and unrivaled team,” said Peter Thompson, M.D., co-founder, CEO and board member of Terremoto Biosciences and general partner at OrbiMed.  “With the Series A financing in hand, we will continue to build upon the foundational advancements in our lysine-based covalency technology to dramatically expand the universe of drug targets, as well as significantly improve upon existing medicines for the patients who need them most.”

But the potential of covalent medicine still held several advantages. While covalent drugs could bind to proteins they weren’t supposed to until the body resynthesizes them, they also last longer in the body. When developed properly, covalent medications can be given in lower amounts and be taken less frequently. Covalent therapies also offer enhanced inhibitory profiles that can deactivate mutated proteins for extended periods without the increased toxicity.

As technology progressed, covalent medicines began surging in popularity. According to RSC Med. Chem, the number of publications related to covalent drugs doubled from 2001 to 2019. And as of 2021, Life Chemicals states that approximately 30% of marketed medications are covalent inhibitors, a type of drug that forms a covalent bond with a specific target protein.

Historically, covalent medicines have relied on binding to cysteine, an amino acid. However, cysteine is uncommon in proteins, so the number of drugs that can be created is limited. Now, the Terremoto team plans to level up the way the industry makes covalent medications. Terremoto is developing drugs that covalently bind to lysins, an amino acid that is in nearly every protein of interest.

“Lysine-targeted covalent chemistry can be thought of as a game of dynamic Tetris,’ due to the level of chemical and biological mastery required to covalently bind to this amino acid in a selective, on-target way,” Thompson said.

Terremoto will use the Series A funding to help develop its drug discovery platform. The technology can identify structure-based drug designs, do cryo-electron microscopy, perform x-ray crystallography and develop an electrophilic warhead library along with its computational discovery engine.

“Terremoto’s lysine-targeted covalency approach builds on these advancements and is poised to broaden the opportunity set where covalent chemistry can be applied, ultimately ushering in a new era in small molecule drug discovery,” said Reid Huber, Ph.D., board member of Terremoto and partner at Third Rock Ventures.

The leadership team at Terremoto is uniquely qualified to develop lysine-targeted covalent medicines. Matt Jacobson, Ph.D., professor and chair of the Department of Pharmaceutical Chemistry at UCSF, is a co-founder of Terremoto. He developed the only currently approved drug that binds to an amine on the hemoglobin molecule. Another co-founder is Jack Taunton, Ph.D., professor in cellular molecular pharmacology at the University of San Francisco and co-founder of Principia Biopharma, Cedilla Therapeutics, Kezar Life Sciences and Global Blood Therapeutics. T

Terremoto also has a scientific advisory board of world-renowned chemists and serial life science entrepreneurs to help make lysine-based covalent medications available for a wide variety of new diseases.