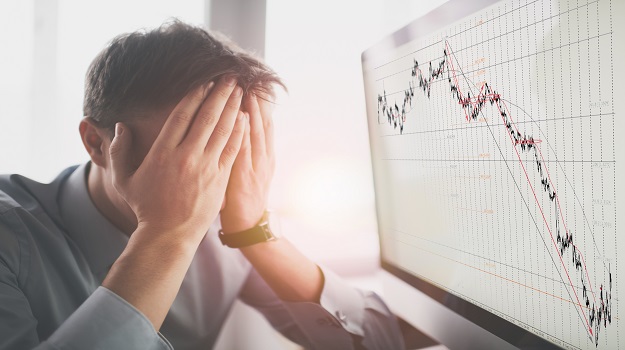 Synergy focuses on developing and commercializing drugs for gastrointestinal (GI) disorders. It has a single commercial product, Trulance (plecanatide), approved for Irritable Bowel Syndrome with Constipation (IBS-C) and Chronic Idiopathic Constipation (CIC). It has a second product candidate, dolcanatide, being developed for ulcerative colitis.

Several major issues in the review resulted in the stock drop. One was that it has been in talks since May 2018 with potential buyers, but the company noted, “To date, the offers received to acquire Synergy have been significantly below the Company’s current market value.”

Secondly, the company had been trying to renegotiate the terms of a loan agreement with CRG Servicing that it signed in September 2017. However, those negotiations fell through. Smarter Analyst writes, “The Company has decided to forego drawing down on any additional amounts pursuant to its term loan agreement. Moreover, the Company’s term loan agreement contains a minimum liquidity covenant that absent relief from CRG may not be satisfied. Synergy is continuing discussions with CRG for covenant relief and in parallel, the Company is currently pursuing financing alternatives that better align with its business, but there is no assurance that the Company can secure CRG’s consent or otherwise obtain any such financing on commercially reasonable terms.”

And finally, Trulance, which was approved for CIC in January 2017 and for IBS-C in January 2018, has had slower sales than expected. They are now projecting 2018 sales between $42 and $47 million. Which goes back to their loan with CRG Servicing, where they were looking for $61 million, because they needed to repay principal and prepayment penalties from $38 to $51 million if total net sales fell within the expected range above. The payments would be due by March 31, 2019.

Synergy will be releasing its third-quarter financial data on Thursday, November 8.

At its second-quarter financial report on August 7, Synergy reported net losses of $29.7 million for the quarter and net losses of $65.8 million for the six-month period. The company was making progress in improving access to Trulance. Express Scripts was adding it to its 2019 National Preferred Formulary List, effective January 1, 2019, and had shown over 90 percent average quarterly growth since its launch on March 20, 2017.

“In terms of optimizing Trulance, we reported strong quarter-over-quarter growth with net sales increasing 43 percent in the second quarter,” said Troy Hamilton, Synergy’s chief executive officer, in a statement at the time. “In addition, today we announced a major coverage win with Express Scripts, helping us to enhance and expand our current coverage, improve patient access and support sales growth. Lastly, since the beginning of the year we’ve successfully executed on two ex-U.S. licensing transactions for Trulance as well as a collaboration with the National Cancer Institute (NCI) to advance development of our second pipeline asset, dolcanatide, underscoring our commitment to pursuing a wide variety of value-enhancing strategic and business development opportunities.”

The company also announced several collaborations and partnerships, including a licensing deal with Luoxin Pharmaceutical, giving the company rights to development and commercialize Trulance for CIC and IBS-C in mainland China, Hong Kong and Macau; its Canadian partner, Cipher Pharmaceuticals, expected to file a New Drug Submission for Trulance in IBS-C with Health Canada in the second half of this year; and the NCI initiated a clinical biomarker study to evaluate the potential of dolcanatide to prevent colorectal cancer.