Santhera Slashes Workforce in Half After Phase III DMD Failure 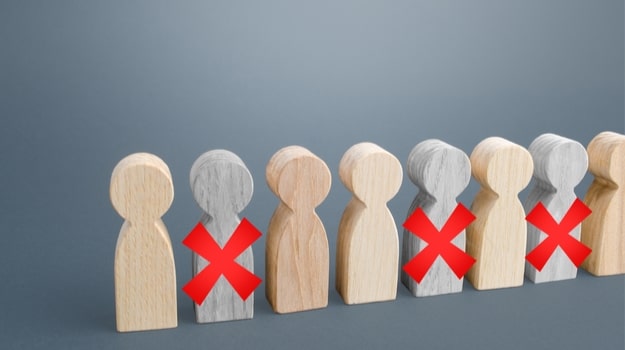 Less than a month after the failure of a Phase III Duchenne muscular dystrophy trial (DMD), Switzerland-based Santhera Pharmaceuticals has announced a corporate restructuring that includes the termination of 50% of its workforce.

This morning, Santhera said the restructuring will allow the company to focus on the development of vamorolone, a first-in-class dissociative steroid with a novel mode of action that it gained the rights to in September from ReveraGen BioPharma. Together, the companies are developing vamorolone for early stage DMD patients requiring an anti-inflammatory, muscle strengthening treatment with a favorable tolerability profile to make it suitable for longer term administration. Vamorolone is currently in a pivotal Phase IIb study in DMD patients with a six-month readout expected in the second quarter of 2021. If successful, the results could lead to the submission of a New Drug Application with the U.S. Food and Drug Administration in the fourth quarter of 2021. Vamorolone is subject to a fast track review and, if approved, Santhera anticipates it will be first to market with a dissociative steroid for the disease in early 2022.

Duchenne muscular dystrophy causes a progressive loss of muscle strength attributable to a loss of a protein called dystrophin, which normally protects muscle fibers from breaking down. Approximately 15,000 U.S. patients are affected with Duchenne, with a total of about 300,000 patients worldwide. Currently, there are three DMD treatments that have been approved by the U.S. Food and Drug Administration. Two, Exondys 51 and Vyondys 53, are from Sarepta Therapeutics and NS Pharma’s Viltepso has also been approved by the FDA to treat Duchenne Muscular Dystrophy in patients amenable to exon-skipping therapy.

The primary focus on vamorolone comes after the company announced earlier this month that it will discontinue the development of Puldysa (idebenone) in DMD patients who are in respiratory decline and receive concomitant glucocorticoid treatment. The company killed an ongoing Phase III trial following an interim futility analysis. With the termination of development of Puldysa, Santhera said the new focus on vamorolone necessitates a realignment of the organization to bring it in line with its new priorities.

In parallel to the DMD program, Santhera is pursuing partnering opportunities for vamorolone in additional indications outside DMD, including asthma, multiple sclerosis, inflammatory bowel disease, rheumatoid arthritis and more.

With the focus on vamorolone, Santhera secured a 15 million Swiss Franc loan from Highbridge Capital Management, LLC to support the development of the asset it acquired from ReveraGen last month.

Santhera Chief Executive Officer Dario Eklund said the decision to terminate half of the company’s staff is difficult, but at the same time, has opened up new opportunities for the company.

“We are confident that the restructuring, internal cost reduction and the amended agreement with Highbridge will allow us to advance operations to the topline readout in the second quarter of 2021 and will help us bring vamorolone to patients according to plan. Regretfully, we have to let go of many of our valued colleagues and I thank all of them for their dedication and efforts to do the very best for patients,” Eklund said in a statement.

The workforce reduction will leave Santhera with 47 employees. Also leaving the company is Kristina Sjöblom Nygren, chief medical officer and head of development. She is expected to depart the company by the end of the year. The company said Nygren is leaving for family reasons and the chance to pursue other opportunities. A search for her successor has begun, the company said. Eklund said Nygren played an important role in shaping and executing the company’s clinical development strategy.