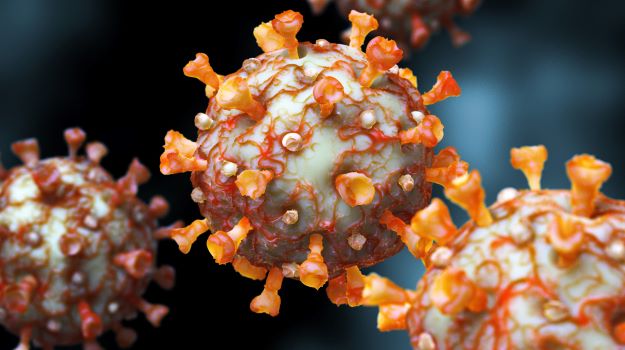 One of the mysteries of COVID-19 is why people have such different responses to the disease, with some being asymptomatic, some with mild syndromes, and others who get severe disease. Researchers with the Wellcome Trust Sanger Institute and several other universities culled data from the Human Cell Atlas to analyze cells in COVID-19 patients. The Human Cell Atlas initiative is an attempt to map every cell type in the human body. They analyzed blood from 130 people with COVID-19. The researchers also included investigators from Newcastle University, University College London, University of Cambridge, EMBL’s European Bioinformatics Institute (EMBL-EBI) and collaborators within the Human Cell Atlas initiative. They performed single-cell sequencing from approximately 800,000 individual immune cells, as well as detailed analysis of cell surface proteins and antigen receptors on immune cells in the blood. They found differences in several types of immune cells involved in the response to COVID-19 infection. They published their research in the journal Nature Medicine.

In people who were asymptomatic, they found increased levels of B-cells that produced antibodies found in mucus membranes, such as the nose. They are believed to be the first line of defense against COVID-19. But they found that these B-cells were missing in patients with serious symptoms. They also found that people with mild to moderate symptoms had high levels of B-cells and helper T-cells, which fight infection. People with serious symptoms had also lost many of these immune cells. This suggests that in people with severe COVID-19, part of the immune system had failed.

Also, they found that people with severe disease that led to hospitalization had an uncontrolled increase in monocytes and killer T-cells. High levels of these immune cells can lead to lung inflammation. Patients with severe COVID-19 also had increased levels of platelet-producing cells, which increase blood clotting.

“This is one of the most detailed studies of immune responses in COVID-19 to date, and it begins to help us understand why some people get really sick while others fight off the virus without even knowing they have it,” said Menna Clatworthy, senior author and professor of Translational Immunology at the University of Cambridge and Wellcome Sanger Institute Associate Faculty. “This new knowledge will help identify specific targets for patients that get sick with COVID-19.”

Metformin is a common drug to treat type 2 diabetes and pre-diabetic syndromes. A recent study out of Kumamoto University shows that metformin significantly extends the survival of mice in a model of non-diabetic chronic kidney disease (ND-CKD). The drug appears to do this by decreasing conditions like reduced kidney function, glomerular damage, inflammation and fibrosis. They note that metformin’s mechanism of action is different from existing drugs that only treat symptoms, such as the blood pressure drug losartan. Metformin is used for type 2 diabetes because it improves insulin sensitivity. It is also both inexpensive and safe. It has been shown to be protective against other disease involving inflammation and fibrosis, including improving the renal pathology of diabetic kidney disease.

The causes of amyotrophic lateral sclerosis (ALS) are not well understood. Researchers at Karolinska Institute and KTH Royal Institute of Technology have identified a new type of cell in the brain blood vessels that might help better understand the disease. ALS is a neurodegenerative disease of the motor neurons that eventually results in muscular atrophy, paralysis and death. About 5% to 10% have inherited disease, which is reasonably well understood. Researchers at KI, KTH and SciLifeLab, London’s Imperial College and Umea University have found that perivascular fibroblast cells may be linked to the disease. In mice with ALS, genes for perivascular fibroblasts were already active in an early asymptomatic stage of the disease and months before damage to nerve cells were observed. Their analysis of the blood of 574 patients with ALS and 504 healthy controls suggested a correlation between increased levels of the protein marker SPP1 for perivascular fibroblasts and aggressive disease progression.

Some Alzheimer’s Plaques May Be Protective

One of the hallmarks of Alzheimer’s disease is the buildup of amyloid-beta plaques in the brain. Numerous clinical trials that successfully cleared or prevented the continued buildup of amyloid-beta, however, failed to improve cognition and memory, which has cast a lot of doubt on the amyloid theory of the disease. Many researchers believe amyloid-beta is only part of the issue, perhaps triggering inflammation that causes damage to the brain. New research out of the Salk Institute has added a new twist, suggesting that some of the plaques may actually be protective. A type of immune cells in the brain, microglia, were long believed to inhibit the growth of plaques by “eating” them. Their research, however, demonstrated that microglia promote the formation of what are being dubbed dense-core plaques, which transports the “wispy” plaque away from neurons. They published their research in the journal Nature Immunology.

“We show that dense-core plaques don’t form spontaneously,” said Greg Lemke, a professor in Salk’s Molecular Neurobiology Laboratory. “We believe they’re built by microglia as a defense mechanism, so they may be best left alone. There are various efforts to get the FDA to approve antibodies whose main clinical effect is reducing dense-core plaque formation, but we make the argument that breaking up the plaque may be doing more damage.”

Although there are several forms of plaque, the two most common are “diffuse” and “dense-core.” Diffuse plaques are wispy, like clouds, and loosely organized. Dense-core, as the name suggests, have a dense center that is surrounded by a halo. Up to this point, researchers thought both types formed spontaneously from excessive production of amyloid precursor protein (APP). But the Salk research finds that the dense-core plaques are formed by microglia from diffuse amyloid-beta fibrils as part of their cellular cleanup duties. They found that after a microglial cell ate a diffuse plaque, it moved it to a highly acidic compartment and converted it into a highly compacted aggregate, that was then transported to a dense-core plaque.

“Our research seems to show that when there are fewer dense-core plaques, there seem to be more detrimental effects,” said Youtong Huang, first author of the study. “With more-diffuse plaques, there’s an abundance of dystrophic neurites, a proxy for neuronal damage. I don’t think there’s a distinct clinical decision on which form of plaque is more or less detrimental, but through our research, we seem to find that dense-core plaques are a bit more benign.”

If the research holds up, it suggests that although amyloid-beta is still a bad thing and behind much of the Alzheimer’s symptoms, dense-core plaques may not be as bad a thing. And if there are ways of boosting expression of TAM receptors on microglia that accelerate dense-core plaque formation, or therapies that only clear the wispy plaques, there may be a way to better treat or prevent the disease.