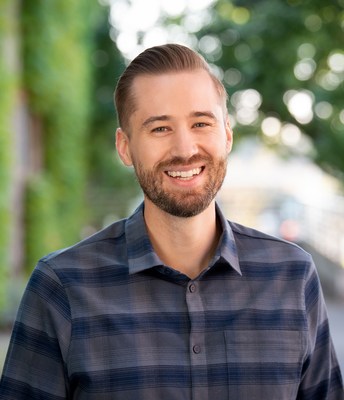 Entrepreneur of the Year is one of the preeminent competitive award programs for entrepreneurs and leaders of high-growth companies. The nominees are evaluated based on six criteria, including overcoming adversity; financial performance; societal impact and commitment to building a values-based company; innovation; and talent management.

"I'm incredibly honored to be named as an EY Pacific Northwest Region Award winner alongside a group of such inspiring and innovative individuals," said McClain. "I am grateful to everyone who has supported AbSci's mission to transform biopharmaceutical discovery and manufacturing. I am particularly grateful to our outstanding and dedicated team who share my vision to push the boundaries of what is possible in biomanufacturing."

McClain founded AbSci in 2011 with the vision to upend traditional biomanufacturing accelerating development and reducing manufacturing costs. AbSci has worked with multiple large pharma companies to enable the manufacture of next-generation biologics, many of which have been sidelined because the molecules in development were unmanufacturable. AbSci is making protein production as simple as DNA synthesis through its revolutionary Protein Printing™ technology, which combines the power of E. coli SoluPro® with a cutting-edge synthetic biology platform for generation of high-diversity strain libraries and high-throughput screening assays to deliver unprecedented titers of complex biotherapeutic proteins with superior product quality.

McClain's recognition as Entrepreneur Of The Year 2020 Pacific Northwest Region Award winner comes on the heels of accelerating advancements for AbSci, including developing a COVID-19 antibody cell line in a record breaking ten days.

Regional award winners are eligible for consideration for the Entrepreneur Of The Year National Awards, to be announced in November during a virtual awards gala.

About AbSci
AbSci is a leading synthetic biology company focused on redefining protein biomanufacturing. We are making protein production as simple as DNA synthesis through our revolutionary Protein Printing™ technology. AbSci enables a pathway to commercialization for biologics that otherwise wouldn't get to market due to poor manufacturability. Our mission is to improve patients' lives by reducing drug costs, accelerating development timelines, and enabling new biologic therapies to market. For more information, please visit https://www.absci.com.

Sponsors
Founded and produced by Ernst & Young LLP, the Entrepreneur Of The Year Awards are nationally sponsored by SAP America and the Kauffman Foundation.

In the Pacific Northwest Region, sponsors also include PNC Bank and Woodruff Sawyer.