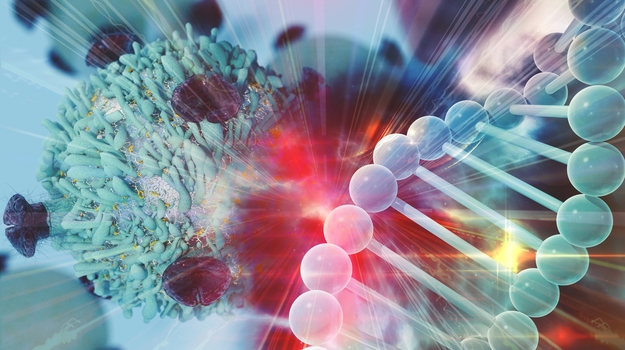 Immunotherapy, sometimes using living cell therapeutics, has been a huge medicinal advance, but one that falls short in one key area: dosage. CAR-T and other cell and gene therapies lacked the ability to tune dosage up or down based on patient response. The therapies were either on or off, all or nothing. Obsidian Therapeutics, Inc. is changing that with its cytoDRiVE™ platform.

In the run-up to January’s JP Morgan Healthcare Conference, BioSpace caught up with CEO Paul Wotton to discuss the company’s plans for 2021. More collaborations are key features.

For example, he cited “possibly broadening the Bristol Myers Squibb (BMS) collaboration throughout the year, as well as continued progress on the cytoDRiVE product we delivered in 2020. We also have a number of strategic interests,” in the form of potential partnerships.

More near-term, “We’re building the development team and infrastructure,” both for cytoDRiVE and to rapidly advance the company’s programs for tumor infiltrating lymphocytes (TILs) therapies, dubbed cytoTIL™. “The rate-limiting step is coordinating the manufacturing,” Wotton said. “We’re working with The University of Texas MD Anderson Cancer Center,” an expert in TIL technology, for both.

cytoDRiVE is Obsidian’s engineering platform and is the key to enabling titratable, reversible cell therapies.

Here’s how it works. Once a cell is engineered to manufacture a specific protein, Obsidian scientists use cytoDRiVE to “attach it to a protein domain that is designed to interact with a particular and well-characterized small molecule drug. The cell then produces fusion protein with a drug responsive domain (DRD) tag,” Wotton said. In this state, the protein’s basal function is off, so the protein is rapidly degraded by the proteasome.

Obsidian has investigated several small molecule ligands, including acetazolamide (a diuretic), trimethoprim (an antibiotic), and sildenafil (for erectile dysfunction). The lead is acetazolamide because, Wotton explained, “Acetazolamide has been used for more than 60 years and has a tremendous safety profile. It is absorbed very quickly and has a short half-life. It’s completely gone in about 12 hours but also has the potential for chronic dosing.”

Three projects are in preclinical development: two with BMS and one internally with MD Anderson.

Obsidian announced the BMS deal in 2019 to use cytoDRiVE to control cell therapy candidates armored with IL-12 and CD40L. Those projects each have growth potential, as each of those proteins may be combined with multiple CAR/TCR binders and cell types for multiple products.

Internally, in collaboration with MD Anderson, Obsidian is using cytoDRiVE in a cytoTIL therapeutic program using controlled IL-15 expression. Wotton said he expects the lead candidate to enter the clinic in 2022 for melanoma. Additional programs are in development for cervical cancer and head and neck squamous cell carcinomas (HNSCC), as well as two undisclosed applications.

“TILs have already been shown effective at treating various tumors,” Wotton pointed out. “They’re actually found in the tumor. For therapy, you just need to improve their numbers and persistence.” Obsidian turbo-charges them using acetazolamide to drive antigen-independent expansion of T cells as well as transactivation of NK cells by IL-15, thus making them more potent and longer lasting in the body.

For example, he said, “Deep and durable action is one of the missing pieces in cell therapy for cancer, and from our own in vivo studies, this is one benefit cytoTIL brings.” By turbocharging IL-15 via cytoTIL, it may be possible to replace high-dose IL2 therapy, which potentially is toxic and, for many patients, intolerable.

As Wotton explained, “With cytoDRiVE, a physician can pulse-dose these cytokines from within the cells,” by administering acetazolamide every other day, or on any other dosing schedule the physician deems best. Consequently, cells are less likely to senesce and wear out.

Pulse dosing for cell therapy also confers a safety benefit. Controlling the expression of potent cytokines like IL12 replaces the need for systemic therapy and thereby reduces concerns about toxicity. That, in turn, broadens the potential patient population for TIL therapy as well as other cell therapies.

“The same platform can be used to control the activity of intracellular proteins. Cas9 is one example,” he said. “Significantly, we’ve also been able to regulate transcription factors.” By regulating the expression of secreted proteins from cells, cytoDRiVE has the potential to give patients controllable therapeutic antibodies used for a wide range of conditions, including autoimmune and ophthalmologic disorders.

“There’s no limit to the proteins or cell types we seem to be able to regulate,” Wotton said.