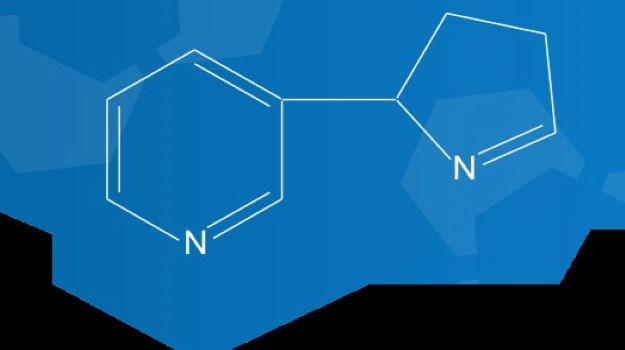 MyMD Pharmaceuticals’ TNF-α regulator may be able to be commercialized without the black-box warnings that accompany so many TNF-α therapies. This synthetic plant alkaloid, dubbed MYMD-1, addresses the root causes of autoimmune diseases by targeting pro-inflammatory cytokines that are active in autoimmune diseases, aging and some types of depression.

BioSpace sat in on MyMD’s recent conference call and caught up with Chief Scientific Officer Adam Kaplin, M.D., Ph.D., shortly afterward to discuss MYMD-1 and its role in treating disease.

BioSpace: What is MYMD-1 and what diseases is it targeting?

Adam Kaplin: MYMD-1 is a synthetic derivative of tobacco alkaloids. These are compounds that possess immunoregulatory properties and have been linked to the epidemiological observation that smoking reduces the odds of developing thyroid antibodies and hypothyroidism.

MYMD-1 is being developed to target autoimmune diseases, aging (sarcopenia), and immune-mediated depression. It also shows potential as an anti-fibrotic and anti-prolific therapeutic.

AK: MYMD-1 is an orally available cytokine inhibitor that is capable of crossing the blood-brain barrier. Cytokines are the chemical messengers of the immune system that signal a call to action of immune cells such as B and T lymphocytes and macrophages. The primary cytokine that MYMD-1 inhibits is TNF-α (tumor necrosis factor alpha).

TNF-alpha is a master regulator. Because the main target is TNF-α, which initiates the pro-inflammatory cytokine cascade, MYMD-1 cuts off inflammation at the source instead of treating the symptoms. It also targets other important inflammatory cytokines such as IL-6 and IL-17A, leading to their down-regulation and providing a broad spectrum of action. Because it can cross the blood-brain barrier, MYMD-1 is positioned as a treatment for MS and other brain-related disorders.

BSp: How does it compare to competing therapies?

AK: In terms of safety, because it crosses the blood brain barrier, we hope it will reduce the neurotoxicity that TNF-alpha inhibitors typically show, which is that they only treat the periphery. We also believe the selectivity of MYMD-1 for adaptive rather than innate immunity may make it much safer than currently-available TNF-alpha inhibitors that indiscriminately block TNF-alpha. In most cases, these TNF-alpha inhibitors need an FDA-mandated black box warning because of their side effects.

According to a recent study published in JAMA Network Open, 52% of individuals who contracted COVID-19 also had an associated moderate to severe major depressive disorder.

Because MYMD-1 also alleviates depression, which can be an unwanted side effect of other drugs that treat immunometabolic diseases, it potentially could be used in combination therapies. MyMD Pharmaceuticals currently is working on a Phase 2 trial of MYMD-1 to analyze the pro-inflammatory cytokines associated with the “cytokine storm” that COVID-19 patients experience.

BSp: What safety and efficacy data do you have to support those hopes?

AK: MYMD-1 has been shown to be safe in both animal studies and in Phase 1 trials to date. Phase 2 trials to quantify safety against placebo will be underway this year. We hope to have results in the 4th quarter of 2021.

Preclinical efficacy studies of MYMD-1 have been peer-reviewed in the Journal of Immunology and Journal of Neuroimmunology. Those studies suggested that MYMD-1 ameliorates both the severity and incidence of thyroiditis among on specific lymphoid subsets, and that it improved the course of experimental autoimmune encephalomyelitis and decreases the effector cells in the brains of mice.

More recently, MyMD Pharmaceuticals reached an agreement with a major medical school to conduct a Phase II clinical trial to investigate the effectiveness of MYMD-1 to treat immune-mediated depression in patients affected with COVID-19. We believe that this investigator-initiated study is the first of its kind and addresses a significant unmet medical need.

BSp: Do you plan to market MYMD-1 as an antidepressant also?

BSp: Where will MYMD-1 be positioned in the market?

AK: There currently are no other drugs approved for anti-aging. Because inflammation is implicated in many age-related diseases, MYMD-1 offers the prospect of treating multiple age-related diseases with a single intervention. Additionally, we are pursuing partnerships with world-renowned clinicians and researchers to elevate MYMD-1 as the optimal therapy for many of the diseases.

Individuals with one autoimmune disease are likely to suffer from others.

Approved drugs on the market target symptoms, not underlying causes.

Many therapies used to treat these conditions, most notably corticosteroids, can have serious short- and long-term side effects. Our challenge will be to showcase the benefits of MYMD-1 as an effective and tolerable therapy. This gives MYMD-1 a unique opportunity to address an unmet need.

BSp: What is the next inflection point?

AK: We are finalizing plans to test MYMD-1 in immune-mediated depression for short-term studies in both COVID-19 and multiple sclerosis, and in chronic inflammation in frailty and sarcopenia for long-term studies.