Key Mechanisms to Capillary Loss in Diabetes, Heart Disease and Others Discovered 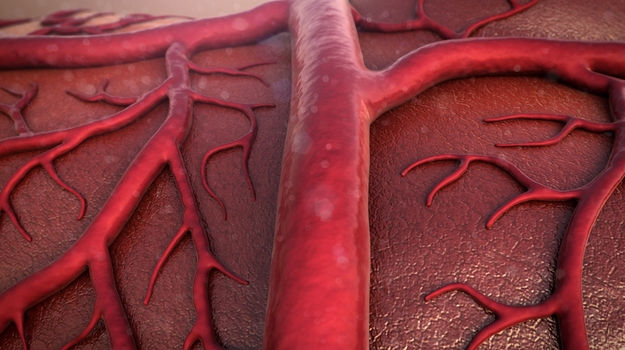 A number of diseases are driven by or made worse by loss of capillaries. These diseases include high blood pressure, diabetes, malignant cancer and a variety of cardiovascular and neurodegenerative diseases. The mechanisms that cause this collapse of normal tissue function is not well understood, but researchers with the University of South Florida (USF Health) recently identified key mechanisms behind it.

“Capillary regression (loss) is an underappreciated, yet profound, feature of many diseases, especially those affecting organs requiring a lot of oxygen to work properly,” said George Davis, professor of molecular pharmacology and physiology at the USF Morsani College of Medicine in Tampa, Florida. “If we know how blood vessels are altered or begin to break down we should be able to fix it pharmacologically.”

The mediators are interlukin-1 beta (IL-1ß), tumor necrosis factor alpha (TNFalpha) and thrombin). They found that individually and even more so when combined, directly drive capillary regression. They also identified drug combinations that can neutralize antibodies that specifically block IL-1 ß and TNFalpha, that can interfere with this capillary loss.

Capillaries connect arteries to veins and help transfer oxygen, nutrients and waste between the bloodstream and the body’s tissues. The Davis laboratory grew three-dimensional human “blood vessel networks in a dish” which allowed them to more closely study the targets. They cultured two types of human cells, endothelial cells, that line the capillaries’ inner surface, and pericytes, which strengthen the outer surface of the endothelial-lined tubes. The communication between the two types of cells controls how the networks of blood vessels grow, branch and stabilize.

A type of immune cell called macrophages, were stimulated in the cell cultures to simulate tissue injury that would be a good environment for capillary regression. IL-1 ß and THFalpha, which are derived from macrophages, combined with thrombin, cause endothelial-lined capillary tube networks to regress. But the pericytes continue to grow around the degenerating capillaries. They also stimulate a unique group of molecular signals that contribute to the blood vessel loss.

The researchers also identified other proinflammatory molecules that lead to capillary loss, but they were not as strong as the IL-1 ß, TNFalpha and thrombin, particularly when those three were combined.

Antibodies against IL-1ß and TNFalpha are used to treat some inflammatory diseases such as atherosclerosis, rheumatoid arthritis and Crohn’s disease.

“These drugs are out there and they work,” Davis said. “Our data suggests that, if combined, they may actually prevent vessel breakdown (earlier in the disease process) and improve outcomes.”

The next step is to study how abnormal capillary response influences the loss of cells and tissues associated with specific disease states such as sepsis, ischemic heart disease and stroke. David indicates that their 3D blood vessel network models are very adaptable for screening potential drug candidates.

“we’ve identified some promising (existing) drugs to reduce capillary regression,” he said, “but there may be more therapeutic opportunities.”