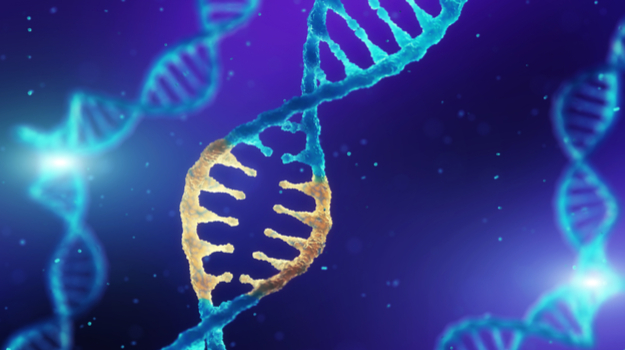 CRISPR, the gene editing technique that scientists claim will lead to the cure and prevention of countless diseases and disorders, took a big step in that direction. Researchers at Children's Hospital of Philadelphia (CHOP) used CRISPR to prevent a deadly metabolic disorder in prenatal laboratory animals.

Although very early, it acts as a proof-of-concept for using the techniques to prevent congenital diseases before birth in human beings.

The scientists used both CRISPR-Cas9 and base editor 3 (BE3) gene editing to cut cholesterol levels in healthy mice treated in utero. They targeted a gene that regulates those levels, and also used prenatal gene editing to improve liver function and prevent neonatal death in a subgroup of mice. The mice had been engineered with a mutation that caused the lethal liver disease hereditary tyrosinemia type 1 (HT1).

HT1 shows up in humans during infancy and can be treated with nitisinone and a strict diet. But if that fails, patients are at high risk of liver failure or liver cancer.

“Our ultimate goal is to translate the approach used in these proof-of-concept studies to treat severe diseases diagnosed early in pregnancy,” stated William H. Peranteau, the study’s co-leader and a pediatric and fetal surgeon in CHOP’s Center for Fetal Diagnosis and Treatment. “We hope to broaden this strategy to intervene prenatally in congenital disease that currently have no effective treatment for most patients, and result in death or severe complications in infants.”

Their research was published in the journal Nature Medicine.

“A lot more animal work needs to be done before we can even think about applying this [fetal genome editing] clinically,” Peranteau told STAT. “But I think fetal genome editing may be where fetal surgery [which is now routine] once was, and that one day we’ll use it to treat diseases that cause significant morbidity and mortality.”

STAT notes, “The success in mouse fetuses raises the possibility that, even before traditional gene therapy is ready to treat inherited disorders in utero, genome editing might emerge as a safer, more effective approach. In traditional gene therapy, an entire healthy gene is ferried, typically by a virus, into cells containing a disease-causing gene. With CRISPR, only the mutated bit of a defective gene is changed. It’s the difference between retyping a whole 5,000-word document and using Word’s ‘find and replace’ to correct a typo.”

In their research, Kiran Musunuru, co-leader of the study, and colleagues, opened the uterus of a pregnant mouse, removed the fetus, and injected CRISPR into the vitelline vein. That vein is close to the surface of the amniotic sac and connects to the liver. “We wanted to make sure we got the genome editor into the liver rather than everywhere else,” Musunuru told STAT.

They then returned the fetus into the uterus and it was born normally.

They utilized a newer version of CRISPR called base editing, which was invented only two years ago. STAT writes, “Base editing changes an incorrect DNA letter, or base, to the correct one, such as a C to a T or a G to an A. Its advantage is that it doesn’t need to cut DNA to do this, as CRISPR 1.0 does; those cuts can wreak genetic havoc, with unknown consequences for CRISPR’d cells.”

The base editor changed liver cells, as the researchers intended, and didn’t affect other organs. The mouse mother also did not show effects from the treatment. After they were born, the mice had ultra-low cholesterol levels, meaning that the CRISPR technique had worked. Approximately 15 percent of the baby mice’s liver cells had been edited, but they stayed stable throughout the animals’ adulthood.

There were also far fewer side effects than are typically seen with more traditional CRISPR, about 2 percent compared to the more typical 40 percent. And no “off targets” effects were seen.

They then used the same technique in HT1, which similar results: no off-target effects, and about 15 percent of liver cells were edited, which was enough to cure the mice, who stayed cured throughout their lives.