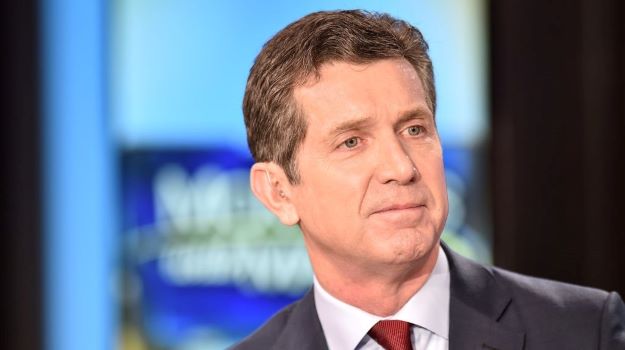 Alex Gorsky, Johnson & Johnson's longtime chief executive officer and chairman of the board of directors, is stepping down from those roles. Gorsky will pass the reins to Joaquin Duato, who is currently Vice Chairman of the company's Executive Committee.

The passing of the baton was announced late Thursday. Duato will take over as CEO on Jan. 3, 2022. Gorsky, who has helmed the life sciences giant for nearly a decade, will transition into the role of Executive Chairman of the Johnson & Johnson Board of Directors.

Gorsky said he has been honored to lead J&J for the past 10 years and looks forward to his future role as Executive Chairman. Gorsky had worked at J&J since 1988 when he began as a sales representative for its Janssen division.

Within that 30 years, Gorsky has taken on increasing responsibility in sales, marketing, and management. He briefly left J&J in 2004 to join Novartis, where he served as head of the North American pharmaceuticals business. He returned to J&J in 2008 to oversee its medical devices division and was named CEO and chairman in 2012.

Over the course of his career, the CEO has seen the "profound impact" of the company's expansion of its pharmaceutical business, which includes vaccines for diseases such as Ebola and the more-recently authorized COVID-19 vaccine.

"The past decade alone has been transformational for Johnson & Johnson as we dramatically increased investment in R&D, drove some of the most important global advances in healthcare, made significant strategic shifts across the business and delivered record performance," Gorsky said in a statement.

He admitted that stepping down as CEO and chairman was difficult to make, but it was the right decision for both himself and the company. Gorsky said J&J is delivering a strong performance across its three segments and is positioned for continued success.

During his time at the company's helm, Gorsky has seen J&J's market capitalization increase from nearly $180 billion to more than $470 billion. Its stock price has increased by over 170% during his tenure. He has also overseen a more than 60% increase in R&D investments to $12 billion, making the company one of the top investors in research and development.

A primary focus for J&J during this time has been in the field of oncology, where Janssen has become one of the leading drugmakers. The increased focus on oncology has seen sales grow from approximately $2 billion in 2011 to over $12 billion in 2020.

Gorsky has also overseen multiple collaborations and acquisitions during his tenure, including Swiss-based Actelion, which expanded the company's presence in rare disease, and Momenta, which broadened its offerings for immune-mediated diseases.

Incoming CEO Duato has also spent about 30 years with Johnson & Johnson. In his current role, he provides strategic direction for the Pharmaceutical and Consumer Health sectors and oversees the Global Supply Chain, Technology and Health & Wellness teams. He has also served as chairman of the powerhouse trade association PhRMA and sits on the board of directors of UNICEF USA, Tsinghua University School of Pharmaceutical Sciences, and the Hess Corporation.

"As the world continues to face significant health challenges, including the ongoing pandemic, I am inspired by Johnson & Johnson's opportunity to play a key role in meaningfully improving the global trajectory of human health," Duato said in a statement. "I have had the pleasure of working closely with Alex for many years and thank him for his outstanding leadership. I am pleased that I will continue to benefit from his guidance and insights moving forward. Above all I am excited to be leading the best team in the industry, and I am confident that we will continue to be guided by Our Credo in everything we do."