Innovative Companies Diving into The Neuro Market Ahead of 2021 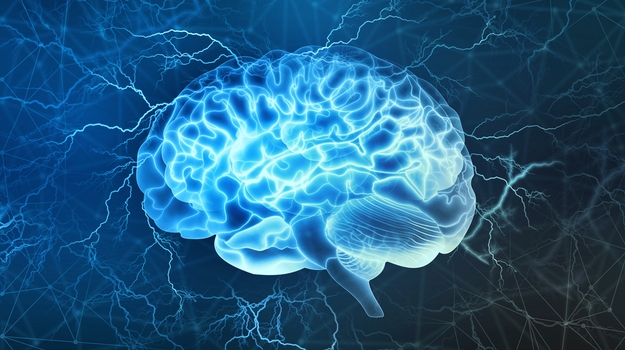 With the expected Emergency Use Authorization (EUA) of Pfizer-BioNTech and Moderna’s COVID-19 vaccines providing hope that the COVID-19 pandemic will soon be resolved, 2021 is going to need a new primary healthcare campaign. Could it come from the field of neuroscience?

It will if the following five companies, which all launched this year with Series A financing, have anything to say about it.

Led by industry veteran Ivana Magovčević-Liebisch, Vigil Neuroscience is developing a pipeline of precision-based therapies to combat both rare and common neurodegenerative diseases by restoring the vigilance of microglia.

A type of neuroglia located throughout the brain and spinal cord, microglia are the first line of immune defense for the central nervous system (CNS).  As they are responsible for detecting plaques, damaged or unnecessary neurons, synapses, and infections, their inefficiency can lead to neuroinflammatory, neuropsychiatric, and neurodegenerative diseases, including Epilepsy, Parkinson’s disease Multiple Sclerosis, and many types of dementia.

Vigil’s pipeline strategy is to target these diseases by combining a high-level understanding of microglia physiology, disease genotyping, and patient phenotyping to identify specific genetic variations associated with microglial dysfunction.

The financing advances the establishment of a robust and innovative CNS pipeline, focusing initially on the Greater China region.

“One in every six people in China is living with a CNS condition, yet there are relatively few effective treatments available today, underscoring the urgent need to develop and deliver novel, effective therapies. The impact of CNS diseases extends beyond patients – to their families and society as well,” said SciNeuro Founder and chief executive officer, Min Li, Ph.D., in a statement.

Li is a prominent neuroscientist and former professor at Johns Hopkins Medicine. His company, which also includes Qiuqing Ang, M.D., Ph.D. as chief medical officer, and Danny Chen, Ph.D. as SVP & Head of Translational Science, will be particularly focused on CNS diseases where there is a major unmet need.

“Artificial intelligence holds immense promise to catalyze the development of the next generation of highly selective, orally bioavailable molecules, with reduced side effects, for the most impactful drug targets,” Feinberg said at the time of the launch.

Genesis announced, on December 2, closing a $52 million Series A financing led by Rock Springs Capital. Dr. Kris Jenner of Rock Springs, who joins Genesis’ board of directors, is a renowned healthcare investor who has invested in several successful biotech companies.

Libra, which means “balance” when translated to English, hopes to restore balance to the brain’s neurons. The company plans to do this by developing drugs that eliminate protein aggregation by either reducing the production of toxic proteins or removing them after the fact through autophagy.

“It’s like taking out the trash. It clears out the toxic proteins that build up in the neuron, thereby allowing the neuron to function properly,” said Libra President and CEO Isaac Veinbergs, formerly of Acadia Pharmaceuticals and Sanofi.

Libra will use this approach, along with the $29 million infusion, to develop novel small molecule drug candidates for the treatment of neurodegenerative diseases.

An immuno-neurology company with a focus on neurodegenerative and aging-related diseases, Tranquis Therapeutics beat the aforementioned four to the show, launching on July 9 with $30 million in Series A funding, led by Remiges Ventures and SR One.

Tranquis’ platform is based on the groundbreaking work of its scientific founder, Professor Edgar Engleman, M.D., and his team at Stanford University, which posits that myeloid immune cell dysfunction underlies a variety of nervous system disorders.

The company is developing small molecule therapeutic candidates that cross the blood-brain barrier to target the underlying myeloid immune cell dysfunction associated with many CNS diseases.

While its original work focused on orphan diseases such as Frontotemporal Dementia and Amyotrophic Lateral Sclerosis, the team, led by President and CEO Sanjay Kakkar, M.D., will branch out to join the fight against more widespread illnesses, Parkinson’s and Alzheimer’s.